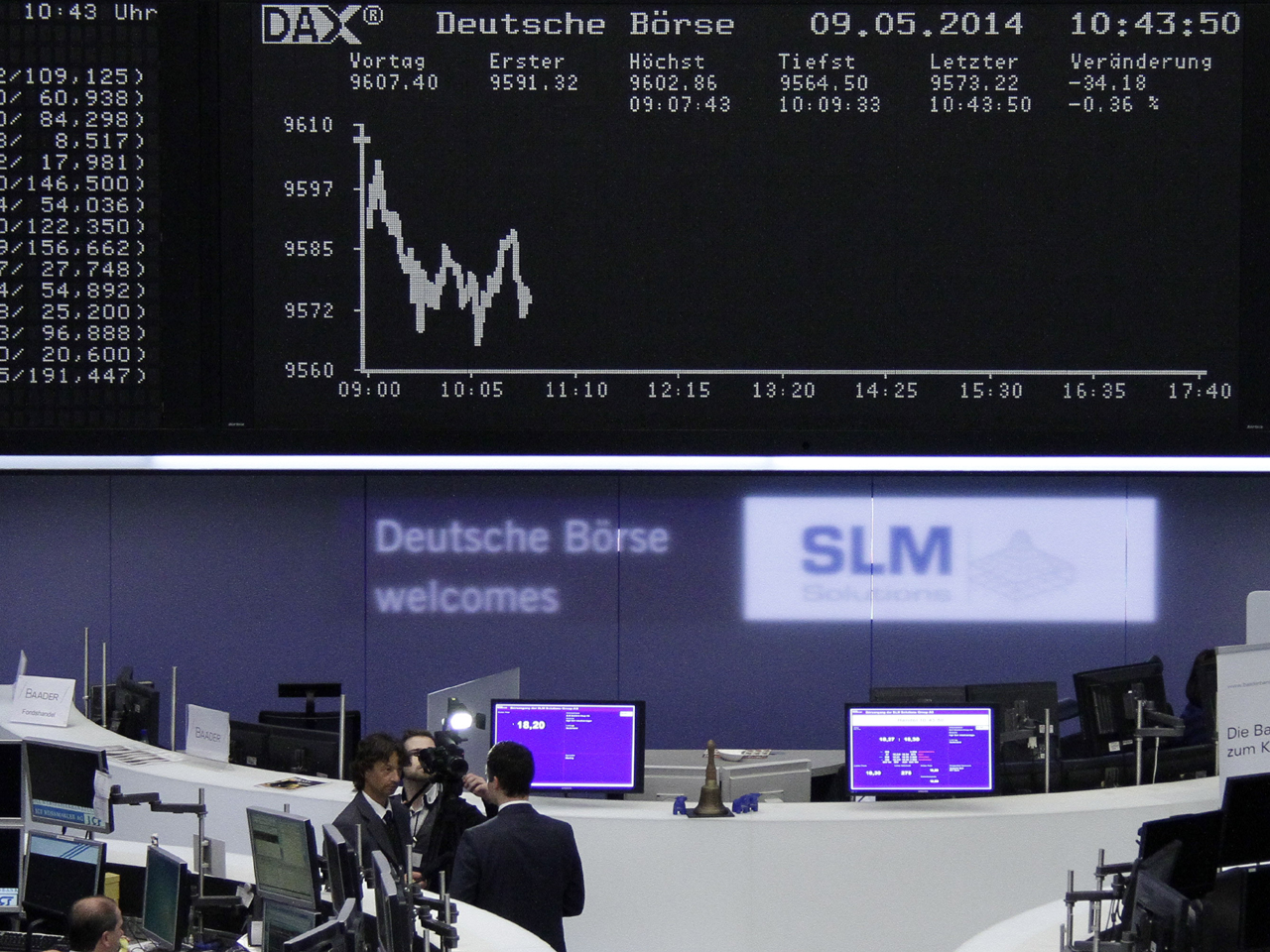 TOKYO - Global stock markets were subdued Friday, with investors weighing a fall in Chinese inflation and renewed jitters about Ukraine as pro-Russian militants pressed ahead with plans for an independence referendum.

China's inflation eased in April to 1.8 percent in a mixed message for investors. The drop in inflation gives Beijing more leeway to stimulate the slowing Chinese economy if needed, but also underlines that domestic demand is weak.

Ukraine continued to loom large for investors. Insurgents in the country's east are preparing for a weekend referendum on independence, a vote similar to the plebiscite that paved the way for Moscow's annexation of Crimea in March. Preparations have continued despite a call by Russian President Vladimir Putin to put off the vote amid negotiations with the West over Ukraine's future.

Futures augured another drop on Wall Street. Dow and S&P 500 futures were both down 0.1 percent.

Trading in Asian markets was mixed.

Hong Kong's Hang Seng fluctuated between positive and negative territory, before closing up 0.1 percent at 21,862.99.

Japan's Nikkei 225 stock average gained 0.3 percent to 14,199.59. Investors are waiting for more earnings reports, with Nissan and Sony due to release results next week.

But he said there was little other market-driving news to trade on, leaving share prices in a stalemate.

"People are relieved about Toyota, but that's not enough for a major rally."

Benchmark U.S. crude for June delivery was up 73 cents to $100.99 a barrel in electronic trading on the New York Mercantile Exchange.