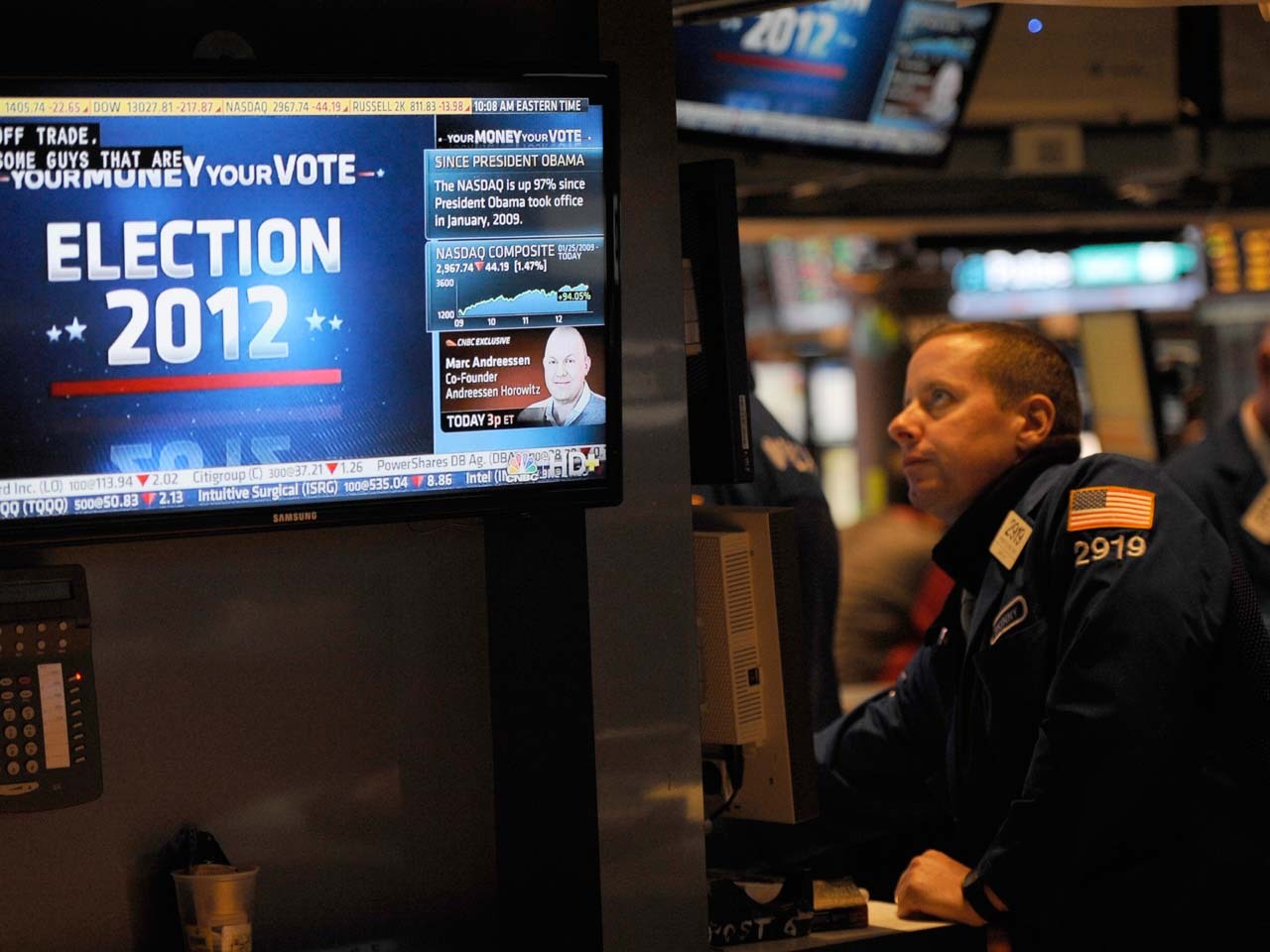 (MoneyWatch) Don't blame today's stock sell-off on President Obama's win. For most of the pre-market session, futures were barely moving, and then the bottom fell out pushing down U.S. markets by more than 2.3 percent across the board. What happened?

About 2 hours before the opening bell, European Central Bank President Mario Draghi acknowledged that the euro zone crisis that has dragged down the southern economies of Greece, Spain, Italy and Portugal is now harming Germany. "Germany has so far been largely insulated from some of the difficulties elsewhere in the euro area. But the latest data suggest that these developments are now starting to affect the German economy." Uh-oh -- Germany and the wealthier Northern European countries were supposed to inoculate the eurozone against widespread disaster. Accordingly, investors were reminded that Europe remains a total mess, which is why European stock markets closed down by more than 2 percent.

Obama wins: Will your taxes rise?

On top of the European debt crisis rearing its ugly head, investors were spooked by tough words from partisan politicians over the nation's Fiscal Cliff. The combination of tax increases and spending cuts, which total more than $600 billion, are scheduled to go into effect in January and could send the U.S. economy back into a recession, according to the Congressional Budget Office. By some estimates, jumping off the cliff will cause the economy to shrink by half of a percent next year and unemployment could rise from 7.9 percent to over 9 percent.

Ratings agency Fitch drew the line in the sand this morning, saying that President Obama must quickly forge an agreement with Congress to prevent a series of tax increases and spending cuts that kick in next year, or risk losing the federal government's top 'AAA' rating next year. Last year, Fitch downgraded its outlook for the U.S. rating to negative after Congress and the Obama administration failed to meet a deadline for a plan.

Ailing Europe + Fiscal Cliff = Stock market sell off. Here's was the damage for the day:

As always, remember to "Keep Calm and Carry On" during major market moves. Here are 3 reminders so you don't shoot yourself in the foot and make a change to your portfolio out of fear or anxiety:

1) Don't make any rash decisions amid a big downturn

3) Stick to your game plan!