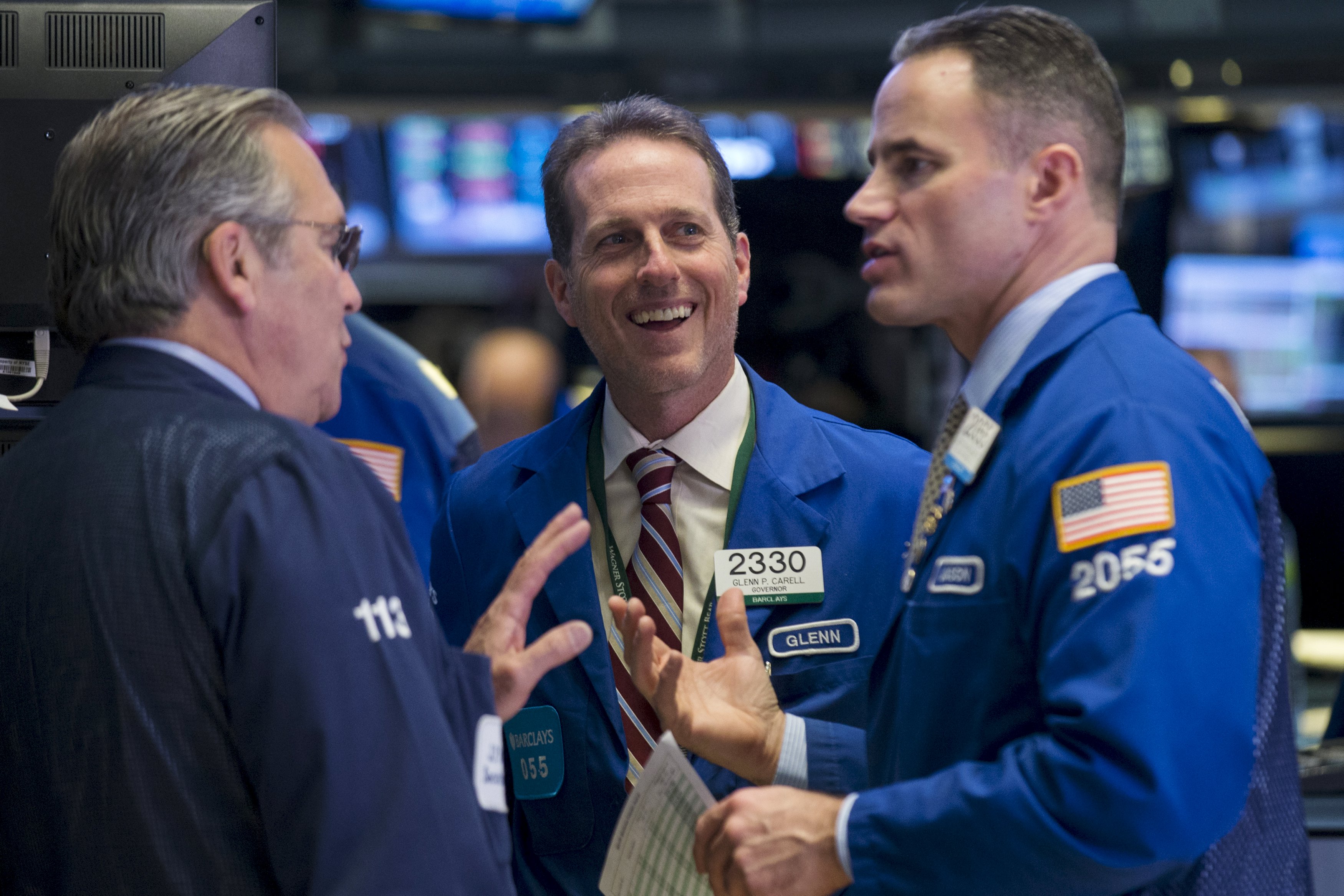 It's a treat, not a trick, for investors.

Although stocks slipped on the day, October ended as the strongest month for equities in four years.

Bond prices fell. The yield on the 10-year Treasury note rose to 2.16 percent.

The strong October performance for equities marks a major uptick from previous months. The three months ending Sept. 30 was the worst quarter for equities since 2011, erasing some $11 trillion in global wealth.

That rebound has come despite a slowdown in the U.S. economy. The nation's gross domestic product between July and September tumbled to an annual rate of 1.5 percent, from 3.9 percent in the second quarter. A measure of employers' labor costs also indicates that wage growth remains soft, while consumer spending also is slowing, according to data released Friday.

Such measures suggest economic growth is unlikely to accelerate much beyond the 2 percent to 2.5 percent range it has averaged during the recovery. Macroeconomic Advisers forecasts growth of 2.4 percent in the final three months of the year.

Still, investors seem to be chalking up the third-quarter slide in economic activity to transitory changes in inventory levels. Concerns about China's economy, the main catalyst for September's stock swoon, have eased, if not entirely disappeared.

"Domestic activity has momentum and we believe the recovery will continue amidst a gradual increase in policy rates," said Michael Gapen, an analyst with Barclays, in a note.

One factor that could roil financial markets is the growing expectation that the Federal Reserve will raise its benchmark interest rate from a record low in December.

The central bank this week opted to leave short-term rates unchanged, citing weaker job growth of late. But it backed away from a statement in its September policy statement warning about the impact of slowing global growth.

That has spurred speculation that "liftoff" could come at the Fed's meeting in December, given Chair Janet Yellen's speech last month laying out why the Fed was likely to hike rates by year-end. Investors are also showing less alarm about a rate increase.