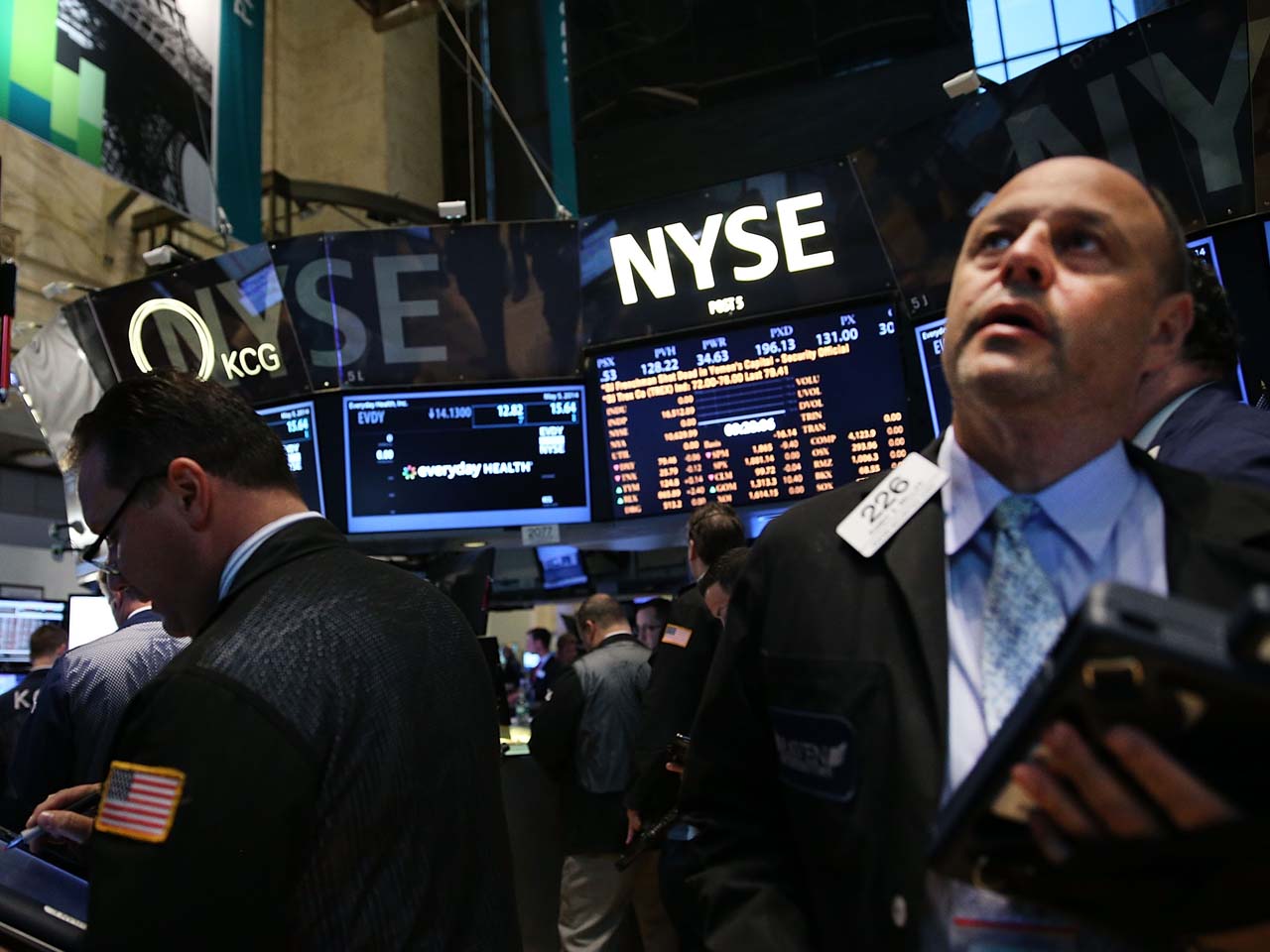 NEW YORK - Worries from overseas held back the stock market on Monday.

Stocks started the day lower after a report showed that manufacturing in China, the world's second-biggest economy, had contracted for the fourth straight month. News of more fighting between pro-Russian activists and soldiers in Ukraine also made investors cautious.

Offsetting the negative news was a report that showed U.S. service firms grew more quickly last month as sales and new orders rose. Stocks climbed after the report was released mid-morning and ended the day higher, but the gains were slight. Stocks remain close to all-times highs, and investors still appear unwilling to push the market higher even amid signs that the U.S. economy is strengthening.

"The foreign concerns are dampening what might otherwise have been a better day in the market," said Kate Warne, an investment strategist at Edward Jones, a financial adviser. "It really is quite a mixed picture."

Utilities stocks rose the most in the S&P 500 index. The utility sector has risen 12.5 percent this year, making it the best-performing industry group in the S&P 500. Utilities stocks typically pay big dividends and have been popular with investors as bond yields have fallen this year, said Kristina Hooper, U.S. investment strategist at Allianz Global Investors.

"Investors have been starved, when it comes to traditional sources of income," said Kristina Hooper, U.S. investment strategist at Allianz Global Investors.

Financial stocks were the day's biggest losers. The declines were led by JPMorgan Chase (JPM), after the bank said late Friday in a quarterly filing that it expects revenue from its bond and stock market unit to be down about 20 percent in the second quarter in a "continued challenging environment." The bank's first-quarter earnings were crimped by lower revenue at its bond trading business.

Tyson Foods (TSN) slumped $4.21, or 9.9 percent, to $38.44 after the company's outlook for full-year earnings fell short of analysts' expectations.

Pfizer (PFE) fell 79 cents, or 2.6 percent, to $29.96 after the drug company said Monday that its first-quarter profit dropped 15 percent despite sharp cost-cutting. The earnings decline reflected competition from cheaper generic drugs. Pfizer has been trying since January to get British rival AstraZeneca (AZN) to discuss its bid to buy the company, but AstraZeneca continues to rebuff Pfizer.

While stocks have been treading water for most of the year, bonds have climbed. That has surprised many analysts who were expecting bonds to fall after the Federal Reserve announced in December that it would start reducing its bond purchases as the economy was strengthening. The bond purchases are intended to boost the economy by keeping long-term interest rates low.

Investors have been buying bonds for a variety of reasons. Inflation has remained as low, even amid signs that that the economy is strengthening. Concerns that the tensions between Russia and Ukraine could escalate further have also boosted demand for risk-free government debt.

"The bond market action has been one of the more surprising elements of the capital markets story this year," said Jim Russell, regional investment director at US Bank. "We do feel that yields will probably drift higher" as the economy continues to improve, Russell said.

The yield on the 10-year Treasury note, which moves in the opposite direction to its price, fell to 2.58 percent in early morning trading, matching its lowest level for the year. By the end of the day it had edged up to 2.61 percent. The yield on the note was close to 3 percent at the start of the year.

Among other stocks making big moves: