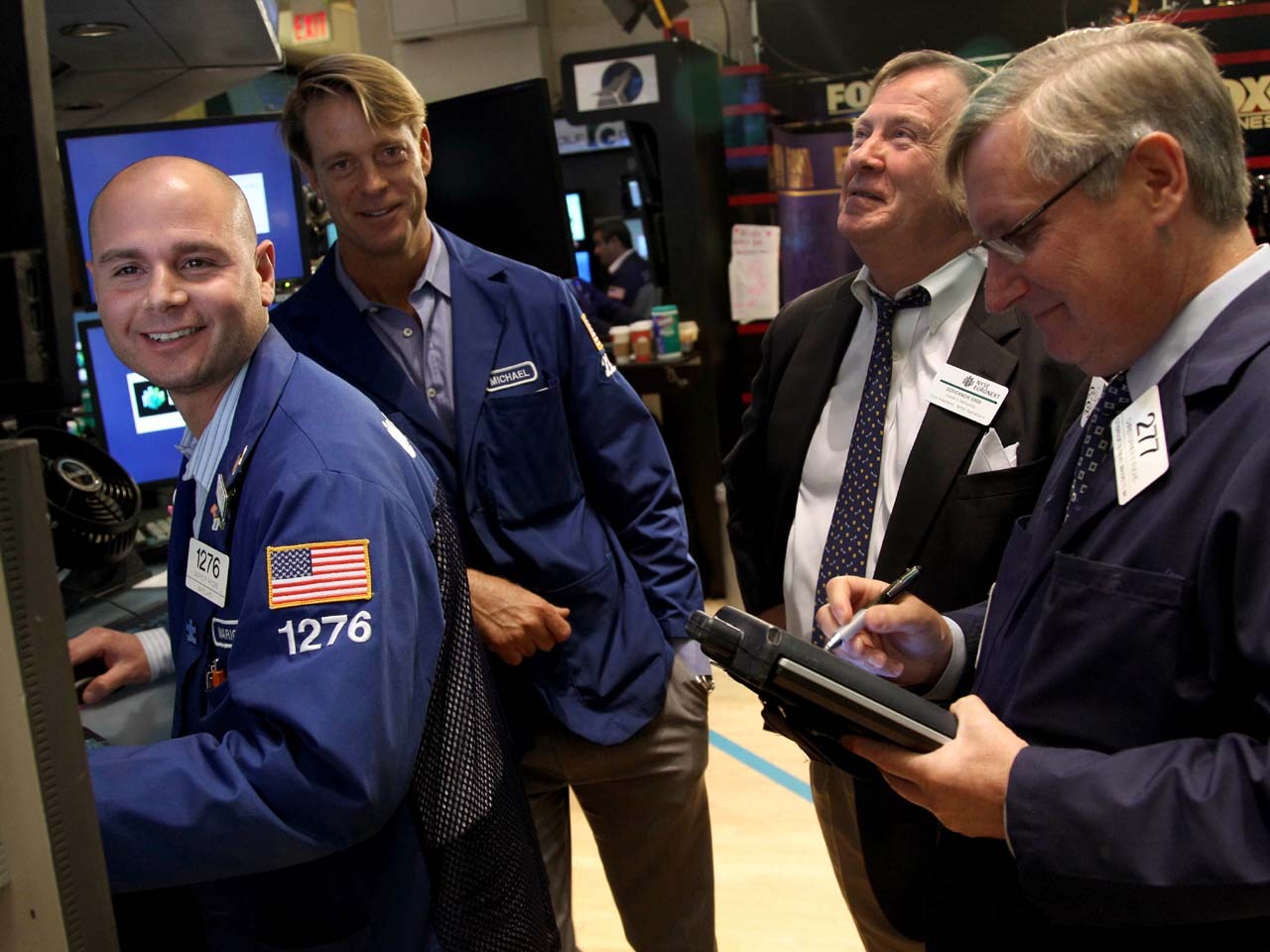 NEW YORK Wall Street is back in business.

Traffic is snarled, streets are flooded, subways are out of commission and power is out in many parts of New York City, but the stock exchange at 11 Wall Street opened trading without hitch Wednesday after an historic two-day shutdown, courtesy of Hurricane Sandy.

New York City Mayor Michael Bloomberg rang the opening bell at 9:30 a.m., right on schedule, then gave a thumbs-up as traders cheered from the iconic trading floor below, falsely rumored to be flooded, but dry Wednesday morning, and festive.

"It's good for the city, good for country, it's good for everyone to get back to work," the mayor told CNBC moments later while leaving the exchange building at 11 Wall Street.

The last time the exchange closed for two consecutive days because of weather was during the Blizzard of 1888 -- 124 years ago.

The company that operates the exchange, NYSE Euronext, said the trading floor Wednesday is running on backup generators since power is out in large parts of downtown Manhattan.

"It's been very smooth," Duncan Niederauer, CEO of NYSE Euronext, told CNBC from the exchange floor shortly after the clang of the opening bell. "The market-making community is more than staffed enough to be open."

He added, "We jokingly said this morning we may be the only building south of Midtown that has water, lights and food."

Outside, the normally bustling streets showed little signs of life, with people few, lights mostly out and nearly every store shuttered.

The opening follows days of scrambling by NYSE officials to make sure power, telecom connections and computers would be ready this morning. The company had booked hotel rooms nearby for traders.

Many workers on the floor use the subways to get downtown, but Hurricane Sandy left the system with its worst damage in its 108-year history. New York's governor, Andrew Cuomo, said limited subway service will resume in New York City on Thursday.

With power out due to flooding, the exchange topped off the fuel tanks supplying its electric generators on Tuesday. The company said it can operate the exchange for 40 hours on the generators before refueling again.

-Facebook (FB) fell 82 cents to $21.12, a loss of 3.75 percent. Facebook employees became eligible this week to sell restricted stock for the first time. Up to 1.5 billion more shares could be sold, about 3.5 times the 421 million shares that had been trading since Facebook's initial public offering in May.

- General Motors (GM) jumped $2.22 to $25.50 after the company reported a turnaround in its South American business and gave a brighter outlook for sales in Europe. GM posted better-than-expected results internationally outside of China

- Apple (AAPL) fell $8.74 to $595.26. The Wall Street Journal reported that the head of Apple's iPhone software development was asked to resign after he refused to sign a letter apologizing for the flaws of Apple's mapping application.