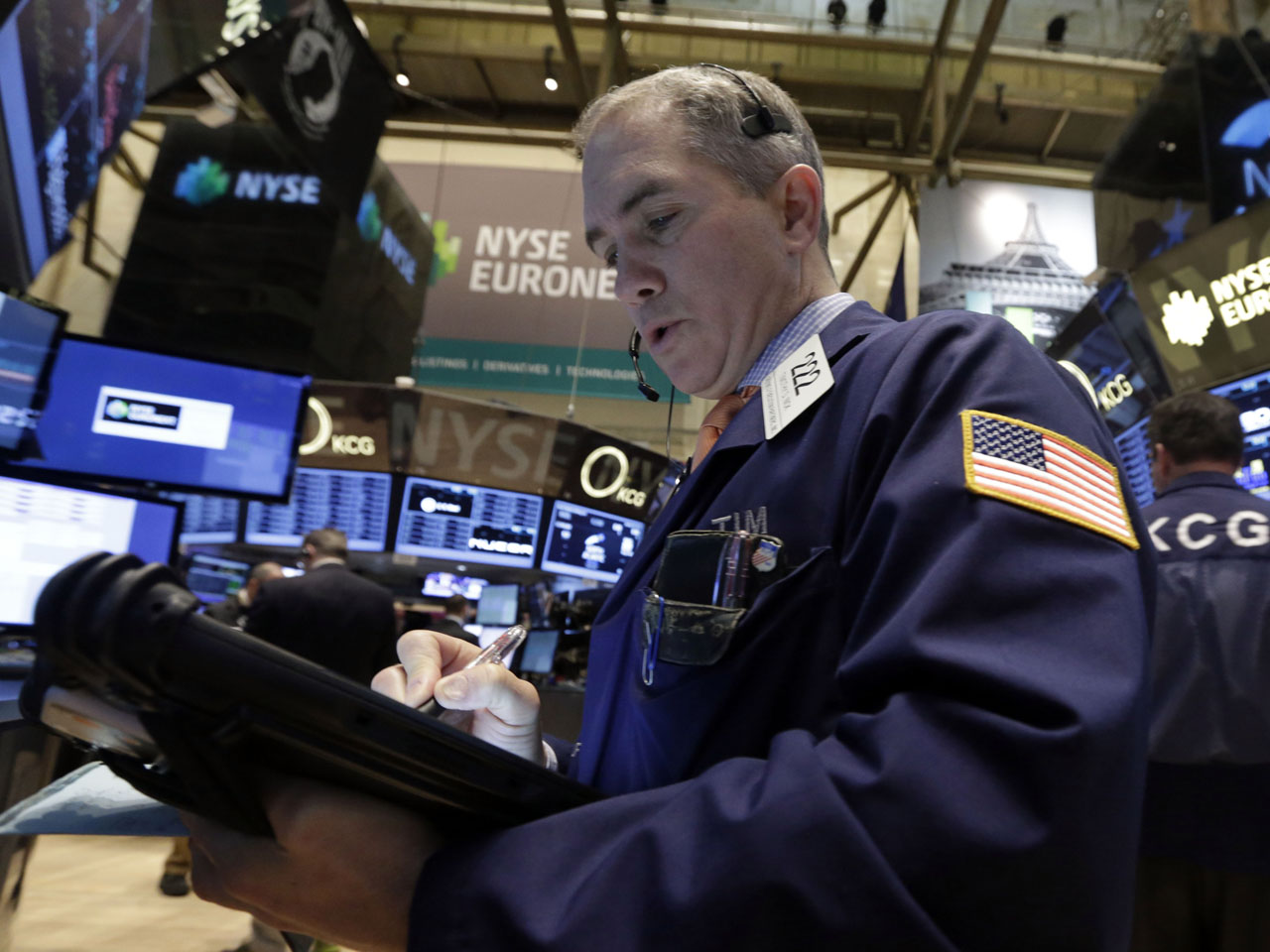 The Dow Jones industrial average fell as much as 220 points in afternoon trading shortly after the Fed announced its decision. It quickly recovered and was trading about where it had been before the central bank's announcement at 2 p.m. Eastern time.

Stocks had opened lower and remained down throughout the day as disappointing earnings from big U.S. companies and more unsettling developments in emerging markets worried investors.

The Federal Reserve said it will reduce its monthly bond purchases by $10 billion to $65 billion because of a strengthening U.S. economy. The Fed is cut bond purchases, which have held down long-term interest rates, even though the prospect of reduced stimulus has rattled global markets.

The move was widely anticipated by analysts and investors.

"It's not the Fed's responsibility to take care of the stock market," said Lawrence Creatura, a portfolio manager at Federated Investors before the announcement. "Employment and inflation are their only focus."

The S&P 500 index has fallen 3.9 percent this month, putting it on track for its biggest monthly decline since May 2012. That's a big contrast from last year, when the S&P 500 index rose 5 percent in January. The index ended the year up nearly 30 percent, its best performance since 1997.

The Turkish lira has been at the center of an emerging-market sell-off that prompted jitters in global stock markets over the past week. The currency surged against the U.S. dollar late Tuesday after Turkey's central bank raised its benchmark lending rate to fight rising inflation.

The lira traded at 2.25 per dollar on Wednesday afternoon, unchanged from before the central bank raised interest rates.

South Africa also raised its interest rates Wednesday but the move failed to shore up its currency. The South African rand dropped 3 percent against the dollar to trade at 11.26 rand per dollar.

The S&P 500 has dropped more than 3 percent since the emerging market jitters first surfaced last Thursday. A survey showed that manufacturing in China, the world's second-biggest economy, was slowing in January. Stocks have extended their declines as emerging market currencies including the Turkish lira, the Argentinian peso and the South African rand have been battered in recent days.

Yahoo fell $2.82, or 7.4 percent, to $35.40 after the internet company reported a drop in fourth-quarter revenue late Tuesday, highlighting its trouble attracting online advertising dollars. Yahoo reported a 6 percent decline in revenue, the same rate of decline for all of 2013.

Boeing fell $8.32, or 6 percent, to $128.77 after the plane maker said that 2014 revenue and profit would fall short of analysts' expectations as the pace of orders slows.

AT&T, the nation's biggest telecommunications company, fell 20 cents, or 0.6 percent, to $33.50 after its outlook for the year disappointed investors. The phone company said its forecast "assumes no lift from the economy," and forecast earnings in the mid-single digit range.

Dow Chemical rose $1.88, or 4.4 percent, to $44.94 after the company increased its quarterly dividend and expanded its share-purchase program.