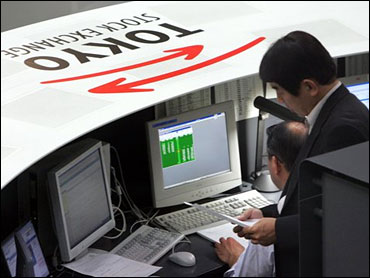 Japan's government rebuked the Tokyo Stock Exchange and one of the country's biggest brokerage firms Friday after a typing error caused Mizuho Securities Co. to lose at least $225 million on a stock trade.

The glitch roiled the Japanese market, while jitters over the reliability of the exchange's trading system contributing to a 1.95 percent drop in the benchmark Nikkei 225 index Thursday.

The Nikkei rebounded 1.45 percent Friday to finish at 15,404.05, but the mishap triggered concern among some traders just a month after an embarrassing glitch at the exchange shut down the market for almost an entire day.

The trouble began Thursday morning, when Mizuho Securities tried to sell 610,000 shares at 1 yen (less than a penny) apiece in a job recruiting company called J-Com Co., which was having its public debut on the exchange.

Worse still, the number of shares in Mizuho's order was 41 times that of J-Com's true outstanding amount, but the Tokyo Stock Exchange processed the order anyway.

Mizuho says it tried to cancel the order three times, but the exchange said it doesn't cancel transactions even if they are executed on erroneous orders.

By the end of the day, Mizuho Securities, a division of the nation's second-largest bank, Mizuho Financial Group, Inc. had lost at least 27 billion yen. That total could rise, however, Mizuho Securities spokesman Hideki Sakuma said Friday, adding that the mishap was sparked by human error.

Japan's Financial Services Agency, the country's financial watchdog, began an immediate probe into what went wrong and how to prevent a repeat.

"In order to maintain the credibility of the Tokyo Stock Exchange, I very strongly want this issue to be resolved quickly," Economy and Banking Minister Kaoru Yosano told reporters Friday. "The first thing for the Financial Services Agency to do is to determine what happened in detail. Based on that, we will decide what is needed based on the rules and regulations."

Chief Cabinet Secretary Shinzo Abe said the Finance Ministry was working with Mizuho and the Tokyo Stock Exchange to formulate countermeasures for the future.

According to a Ministry of Finance filing, Morgan Stanley ended the session with a 31.2 percent stake in J-Com.

The Tokyo Stock Exchange suspended trading of J-Com on Friday, but declined to specify how it will sort out the mess created by the botched order. News reports have suggested the exchange may cancel the order through penalty payments, borne by Mizuho.

Many of the sell orders have yet to be carried out, meaning further trading could "cause instability in the market," the exchange's managing director, Tomio Amano, said at a news conference.

The botched trade comes at a sensitive time for the Tokyo exchange, which has surged on record volume, spurred by buying from foreign investors.

For Mizuho Securities, the news is even worse.

Mizuho Financial Group said it would fully back its security arm's losses from erroneous trades on J-Com. But the red ink could wipe out Mizuho Securities' profit of $233 million for the fiscal year that ended in March 2005.