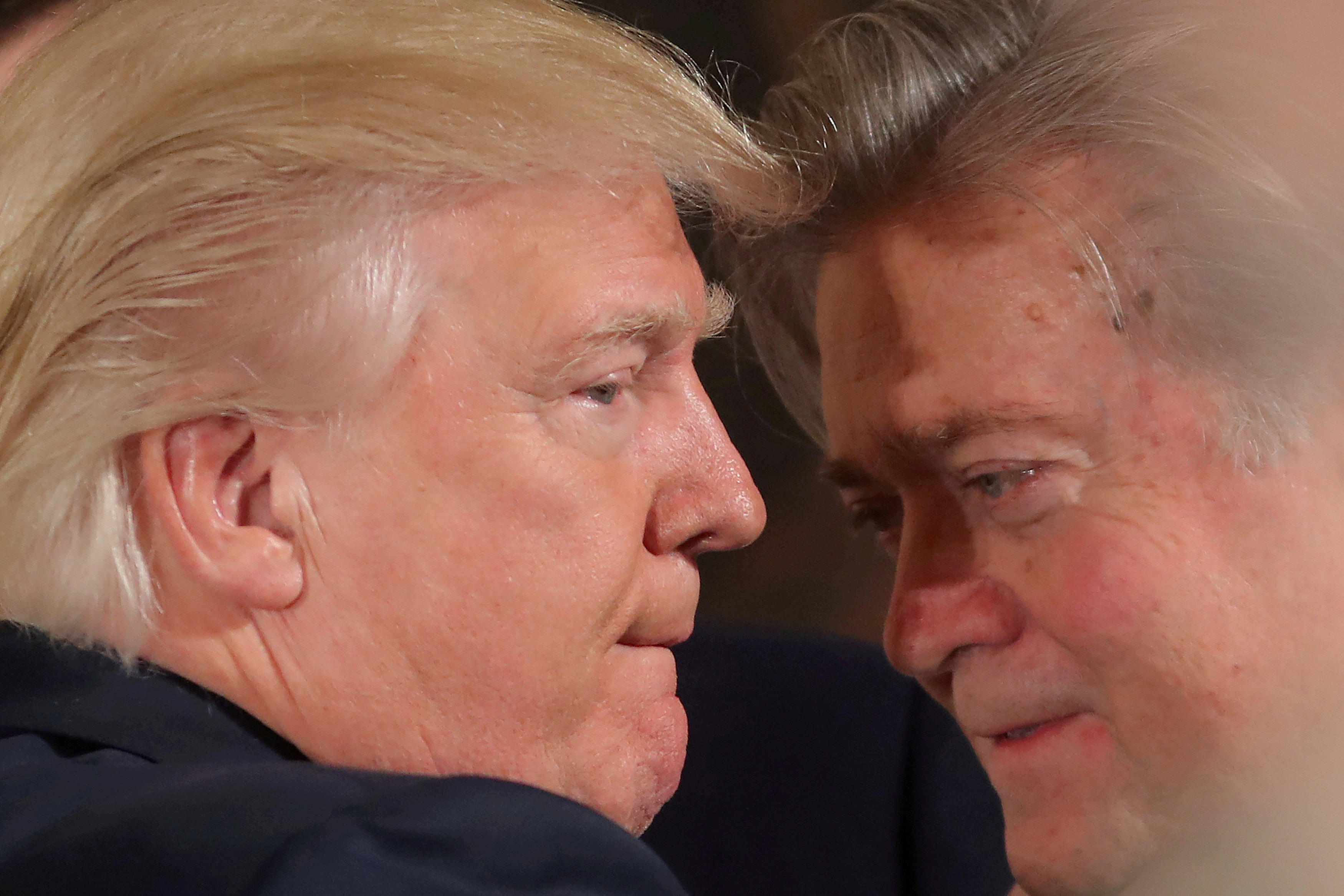 Embattled former White House strategist Steve Bannon has stepped down as the chairman of Breitbart News, the website announced Tuesday.

According to a statement published on the site, Bannon and the company "will work together on a smooth and orderly transition."

"I'm proud of what the Breitbart team has accomplished in so short a period of time in building out a world-class news platform," Bannon said.

His ouster comes after President Trump publicly split with Bannon over comments he made in a new book from Michael Wolff, "Fire and Fury: Inside the Trump White House." In the book, Bannon reportedly called Donald Trump Jr.'s meeting with a Russian lawyer in Trump Tower in June 2016 "treasonous." Mr. Trump disavowed Bannon after those remarks emerged, saying his former chief strategist had "lost his mind" and marginalizing Bannon's role in his successful campaign.

Bannon later said he regretted his remarks, and still supports Mr. Trump, but that hasn't been enough to win back the commander-in-chief's favor.

CBS News had previously reported the board of Breitbart News Network LLC was considering pushing out Bannon. It's unclear what Bannon, who joined Breitbart in 2012, plans to do next, or who might take his place at Breitbart.

Bannon's standing in Mr. Trump's world was already on shaky ground before his criticism of the president's son. After leaving the White House this summer, Bannon pledged to fight the establishment GOP from the outside. Some of that involved a full-throated support of Republican Roy Moore -- who was accused of inappropriately touching teenage girls -- in the primary for Alabama's special U.S. Senate election. Moore lost to then-sitting GOP Sen. Luther Strange, who had the backing of the White House, and went on to lose in December to Democrat Doug Jones.

Bannon had an unusual rise to his position as one of the most influential men in the country. His work on the Trump campaign was his first real foray into campaign politics. He began his adult life in the Navy, before joining Goldman Sachs as an investment banker. When he took over Breitbart, he pushed the website to what it became in 2016 -- a traffic-driving vehicle for the populist and nationalist content that mobilized Mr. Trump's supporters.