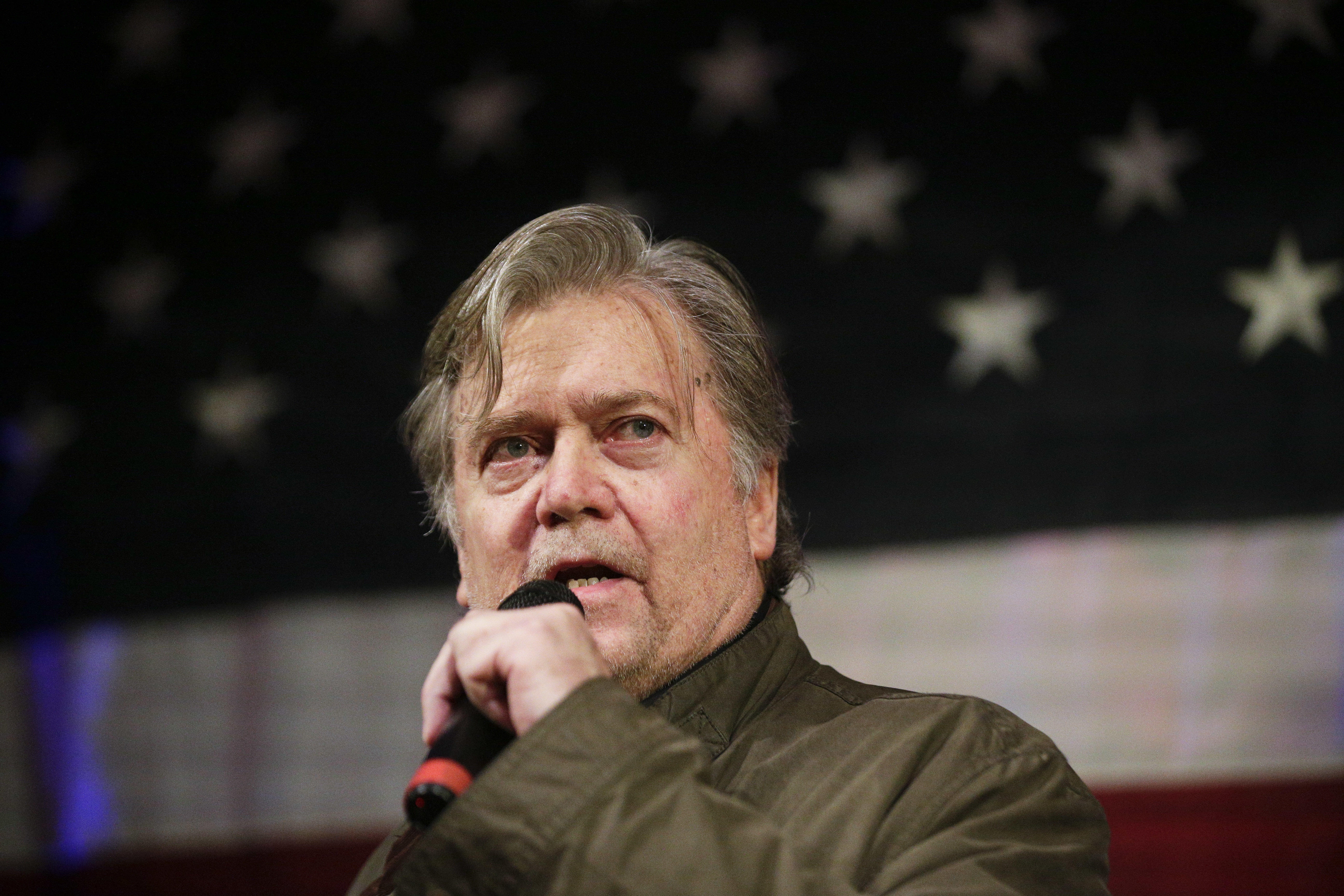 After Mr. Trump's endorsement, the Republican National Committee (RNC) — which had suspended it's financial support for Moore — resumed that support. Moore faces off against Democrat Doug Jones. According to a CBS News poll released Sunday, Moore leads Jones 49 percent to 43 percent among likely voters in Alabama.

"Let the folks in Alabama decide for Alabama," Bannon said after he took the stage.

"You hid behind your religion," Bannon atttacked. "You went to France to be a missionary while guys were dying in rice paddies in Vietnam."

Bannon also aligned Jones with Bill and Hillary Clinton, saying Jones will be a voice for the Clintons in the U.S. Senate.

"Doug Jones is the personification of Hillary Clinton's policies," he said.

Bannon said this election is a "referendum" on Washington and the elites, and described the allegations against him as a part of a spiritual battle waging.

Jones is out-fundraising Moore. Jones has raised more than $10 million from Oct. 1 to Nov. 22, compared with Moore's roughly $1.8 million.