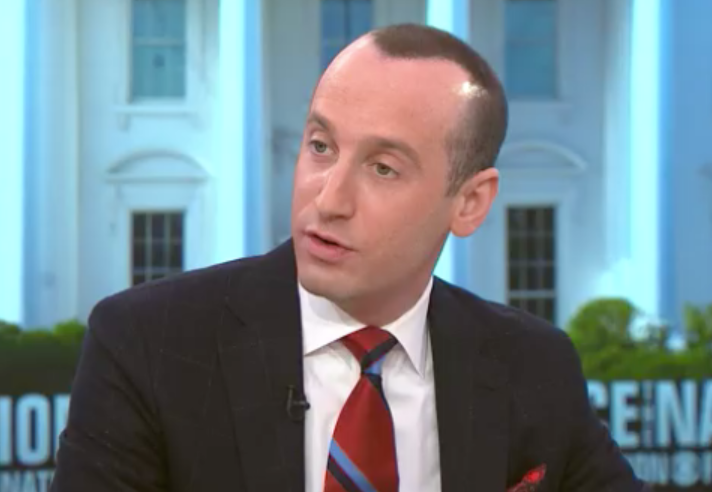 President Trump is "absolutely" willing to shut down the government if Congress doesn't authorize funding for a border wall and will do "whatever is necessary" to get the wall built, according to Stephen Miller, a White House senior adviser.

"If it comes to it, absolutely. This is a very fundamental issue," Miller said Sunday on "Face the Nation" when asked whether Mr. Trump is willing to allow a shutdown. Miller said Democrats, who oppose the president's requested $5 billion for wall funding, must decide "whether they want to fight for America's working class, or promote illegal immigration."

"At stake is the question of whether or not the United States remains a sovereign country," he said.

The federal government will partially shut down after Dec. 21, days before Christmas, if the House and Senate fail to approve new spending bills or if Mr. Trump refuses to sign them into law. The president said last week he would be "proud" to shut down the government over border security and declared he would take full responsibility for any shutdown.

On "Face the Nation," Miller also said the death last week of 7-year-old Jackeline Caal, who died two days after she and her father were taken into custody along the U.S. border, was "a painful reminder of the ongoing humanitarian tragedy that is illegal immigration and the misery that it spreads."

He declined to answer who bears responsibility for the girl's death, saying both political parties need to take action to improve the system. On Friday, U.S. immigration officials defended their actions in the detention of the Guatemalan girl, who had gone days without food and water, a Department of Homeland Security statement said.

In addition, Miller said the Trump administration does not expect any immediate changes in the wake of a Texas ruling late Friday that the entire Affordable Care Act is unconstitutional.

"There's no change immediately in Obamacare. There hasn't been a nationwide injunction," he said, adding he believed the "likeliest outcome" is that the Supreme Court will strike down the law.