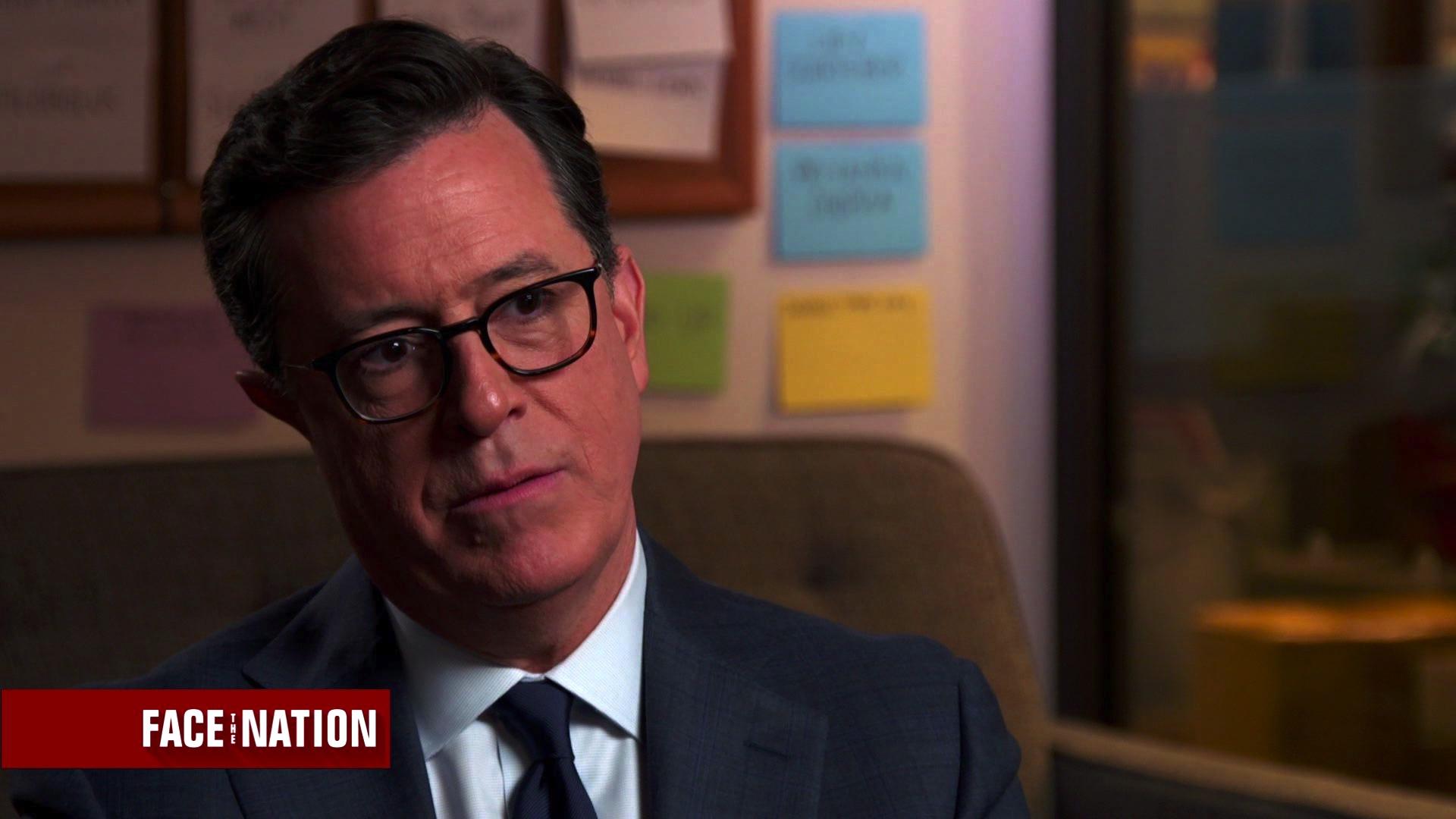 The “Late Show’s” Stephen Colbert talked about the election of Donald Trump, what it takes to tell jokes about the president-elect, and he offered some advice for Mr. Trump in the White House during an interview on CBS’s “Face the Nation.”

Colbert reflected on the live election night special he did on Showtime and his team’s lack of preparation for a Trump victory.

“As soon as I knew the outcome, I knew that I would have to throw out everything I had planned because we had four possible outcomes,” Colbert said.

The first scenario was that Hillary Clinton would win, the second was that Mr. Trump would win, but no one would know until the morning, the third was that he was going to win and they saw it coming and the fourth scenario became reality, which they weren’t prepared for.

“Then there was, ‘He’s gonna win and we know he’s gonna win.’ And that was the one that we prepared nothing for...on purpose,” he said.

Colbert explained that a joke is derived from what someone says and how they behave, and he said the closer someone is to the way they behave, it’s less fun to write jokes about them.

“Donald Trump speaks one way and behaves in another, you know? It’s not-- not even 180 degrees. There’s some odd, oblique angle going on with him,” Colbert said, adding that there are endless possibilities for jokes about Mr. Trump. “The balls come over the plate with him like shotgun pellets. It’s not like one pitch at a time. Like, you look at something that’s happening, like, well, which one of those balls are we gonna swing at? What he’s talking about or how he’s saying it? Or who he’s saying it to? And what time? And over Twitter?”

Asked what the president-elect should read before taking office, Colbert said, “Well, the Constitution wouldn’t hurt because I’m not sure if he’s as familiar with it as one would hope, and it’s a pretty good read.”

He later elaborated further and advised Mr. Trump to read the plaque, “The buck stops here” and realize that he must take full responsibility now.

“He’s famous for blaming other people for something going wrong,” Colbert said. “That’s over. The buck stops at that desk. And I hope he’s read it because the first time he blames something else for somebody-- the first time he blames somebody else for something that he did, I think even people who like him will lose faith because-- however you feel about the president, you’ve got to take the punch.”

Colbert said he’s looking forward to being surprised, which he said is “the great thing about Donald Trump.”

“Mr. Trump is such a large figure, that he will continue to be, I think, the story that we can tell with jokes on a daily basis because he keeps breaking rules or norms,” he said. “He keeps on breaking norms. And the breaking of those norms is such a surprising thing that it’s, like, a firecracker every day. And you get to report on the sound of that firecracker every day.”