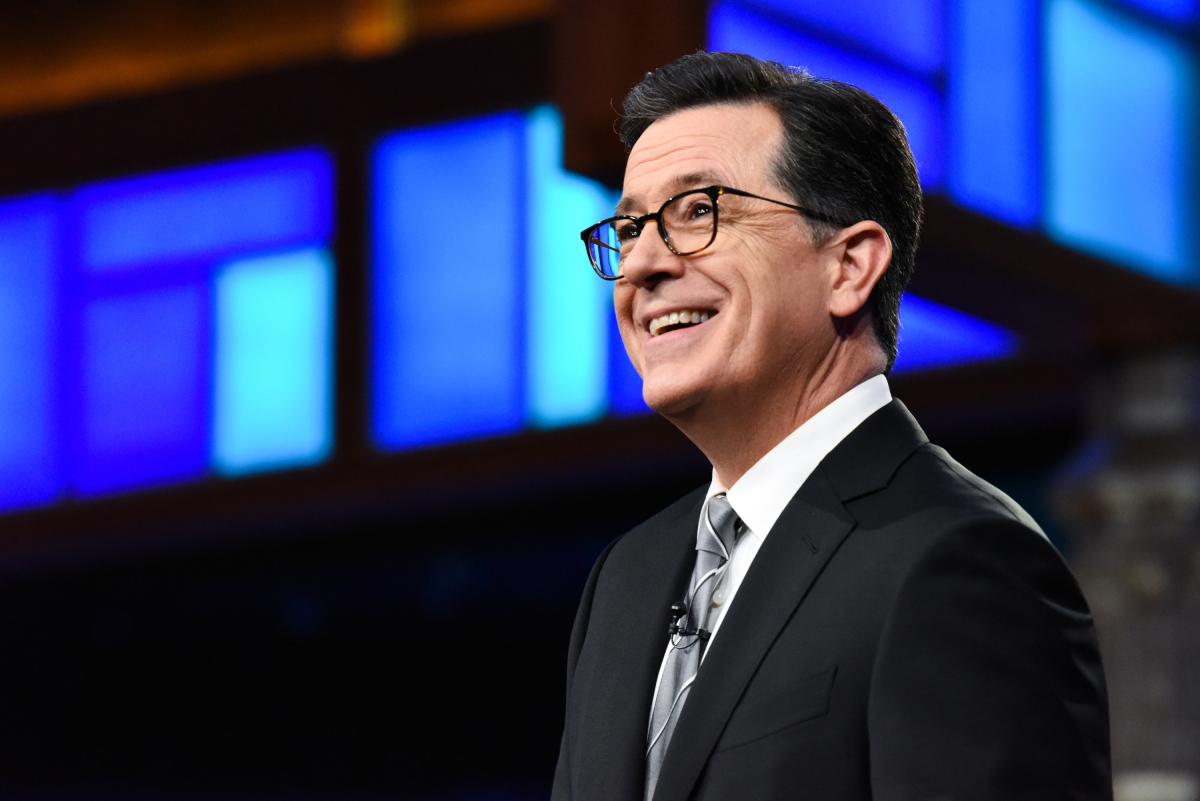 Colbert took a trip to Washington, D.C., to get his heart rate up with Ginsburg, but he quickly  learned that Ginsburg is not in the gym to goof off. Ginsburg, the oldest member of the court, rocked a sweatshirt that said "Super Diva" for her workout, while Colbert wore a shirt and tie (with shorts).

Before getting down to business, Colbert and Ginsburg chatted and discussed whether or not a hot dog is a sandwich. Ginsburg also revealed that she typically listens to opera music when she works out, and was not amused when Colbert turned on "Everybody Dance Now."

"I would never, ever exercise to that noise," she said, as Colbert danced next to her. "Let's shut it off."

Colbert and Ginsburg cycled through the treadmill, resistance bands, planks and weights.

"I don't think Paul Ryan could do this," remarked Colbert.

Later, Colbert admitted that the workout was getting intense for him.

Colbert was not able to keep up with Ginsburg's full pushups. Watch the video to see Colbert's stab at Ginsburg's routine.

In October, Ginsburg's trainer, Bryant Johnson, released a book called "The RBG Workout: How She Stays Strong ... and You Can Too!" which outlines the justice's hour-long fitness routine.

Ginsburg originally started working out with Johnson twice a week to rebuild her strength after being treated for colorectal cancer, but has kept up the practice for nearly 20 years. The workouts also helped in her recovery process after she was treated for pancreatic cancer in 2009.

"I said push-ups -- she looked at me," Johnson told CBS News, referring to Ginsburg. "Kind of gave me the side eye, one eyebrow sort of went up. But as classy as she is as a woman, she did not say a word. But that body language was to me, like, 'Really?'"

Johnson works as the records manager at a federal court in Washington and is also an Army reservist and trainer. He's also trained with Justice Elena Kagan and Justice Stephen Breyer.