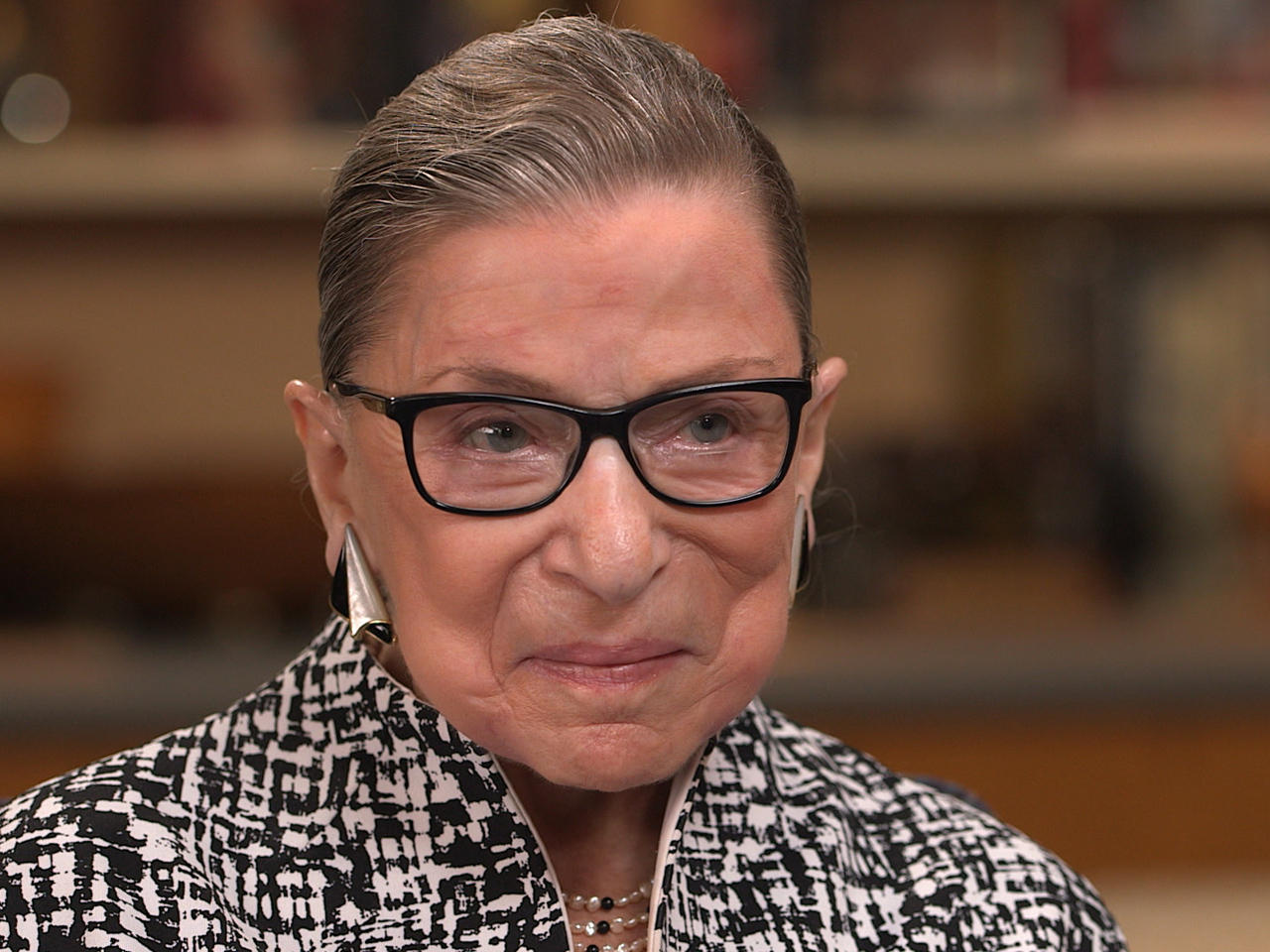 WASHINGTON -- In different circumstances, Justice Ruth Bader Ginsburg might be on a valedictory tour in her final months on the Supreme Court. But in the era of President Trump, the 84-year-old Ginsburg is packing her schedule and sending signals she intends to keep her seat on the bench for years.

The eldest Supreme Court justice has produced two of the court's four signed opinions so far this term. Outside of court, she's the subject of a new documentary that includes video of her working out. And she's hired law clerks to take her through June 2020, just four months before the next presidential election.

Soaking in her late-in-life emergence as a liberal icon, she's using the court's month-long break to embark on a speaking tour that is taking her from the Sundance Film Festival in Utah to law schools and synagogues on the East Coast. One talk will have her in Rhode Island on Tuesday, meaning she won't attend the president's State of the Union speech that night in Washington.

She has a standard response for interviewers who ask how long she intends to serve. She will stay as long as she can go "full steam," she says, and she sees as her model John Paul Stevens, who stepped down as a justice in 2010 at age 90.

"I think that Justice Ginsburg has made clear that she has no intention of retiring. I am sure she wants to stay on the court until the end of the Trump presidency if she can," said Erwin Chemerinsky, the dean of the law school at the University of California, Berkeley, and a liberal who called on Ginsburg to retire in 2014, when Barack Obama was president and Democrats controlled the Senate.

Ginsburg doesn't talk about Mr. Trump in public anymore, not since she criticized him in interviews with The Associated Press and other media outlets before the 2016 election. The comments prompted Mr. Trump to tweet that "Her mind is shot - resign!" She later apologized.

Ginsburg, who declined to comment for this story, this year marks the 25th anniversary of her nomination by President Bill Clinton and her confirmation as the second woman on the court.

As Ginsburg and most Americans anticipated Hillary Clinton's election in 2016, she didn't commit to retiring but suggested she would give the first female president the chance to replace "a flaming feminist litigator," as Ginsburg has wryly described herself.

When her husband, Martin Ginsburg, died in 2010, Ginsburg said she did not think much about stepping down. If anything, since Stevens' retirement, she has become more outspoken and visible as the leader of the court's liberal wing.

Two childhood friends from Brooklyn, New York, who retired two decades ago say "Kiki," the nickname they still use for Ginsburg, has kept the same busy schedule for years.

"I don't think she's slowing down. That's for sure," said Ann Kittner, a friend since their days at James Madison High School. Harryette Helsel, who has known Ginsburg since kindergarten, said she's joked with Ginsburg: "We're retired. Why are you working so hard?" They both laughed.

Helsel pointed to Ginsburg's workout routine, which has been in the spotlight in recent years. Ginsburg started working out with a trainer in 1999 after being treated for colorectal cancer. She does an hour twice a week.

A book on the workout by her trainer, with a forward by Ginsburg, came out last year. In it, Ginsburg calls her personal athletic trainer, Bryant Johnson, a "very important part of my life." Ginsburg originally started working out with Johnson twice a week to rebuild her strength after being treated for colorectal cancer, but has kept up the practice for nearly 20 years. The workouts also helped in her recovery process after she was treated for pancreatic cancer in 2009.

"RBG," a documentary about the justice that premiered at Sundance, includes video of her doing pushups and throwing a weighted ball, among other exercises. While pulling on a resistance band, she tells her trainer: "This is light."

That video may surprise visitors to the court, who can be struck by how slowly Ginsburg moves, her head often bowed, when the court session ends for the day and justices leave the bench in full view of the audience. Justices Samuel Alito and Elena Kagan have taken to waiting until Ginsburg exits because she otherwise would be left by herself as she makes her way to the justices' robing room.

But she has walked at a deliberate pace for years. Once, after remaining seated well after the other justices had departed, she explained that she had accidentally kicked off a shoe during the arguments and couldn't locate it with her feet.

Ginsburg usually grips a handrail to go down the few steps from the bench in the courtroom. But there was no railing for her to grab on a November day when she followed a director's instructions through several takes and climbed the steps in front of the courthouse for a scene in "On the Basis of Sex," a movie about Ginsburg's rise in the legal profession that is due out this year.

"She is so spry," said Williams, adding that Ginsburg's mind is also sharp, and her recall on cases "extraordinary."

Mr. Trump remarked during the campaign that he might get to name four justices while president. But conservatives hoping to lock in a majority on the court during Mr. Trump's presidency would be happy for now with just one more vacancy. They are focused not on Ginsburg, but on the prospect that Justice Anthony Kennedy might retire this year. Kennedy, too, has hired law clerks for next term, a possible hint he plans on staying. The Above the Law blog first reported on Ginsburg's and Kennedy's clerk hirings.

Ginsburg's decision to stay on past Obama's time in the White House upset progressives because they feared — and conservatives now hope -- a more conservative justice might replace her.

"The assumption was she can't go 'til she's 87, but maybe she will," said Curt Levey, president of the conservative Committee for Justice.

She has been counted out before, wrongly.

When Ginsburg had a second cancer surgery, for pancreatic cancer in 2009, Sen. Jim Bunning, R-Ky., inelegantly forecast that she would die within a year. He later apologized.

In a speech just over a year later, Ginsburg said, "I am pleased to report that, contrary to Sen. Bunning's prediction, I am alive and in good health."