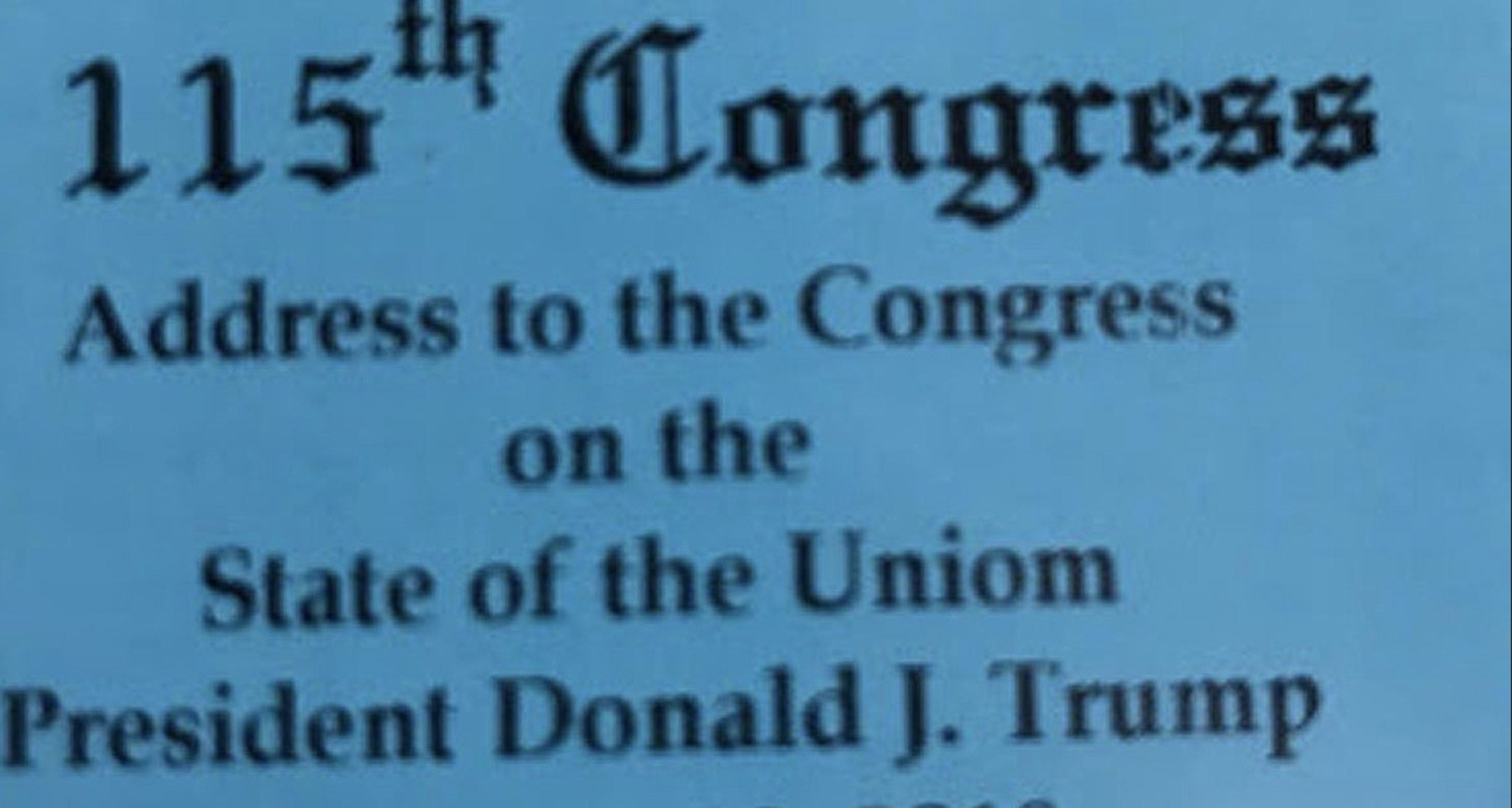 Tickets for President Trump's first official State of the Union address were printed with a typo, inviting the bearer of the ticket to the "State of the Uniom." The Trump administration wasn't the source of the error -- it was the sergeant at arms in the House of Representatives. This caused what appeared to be a brief delay in distribution while new tickets were reprinted.

"It was corrected immediately, and our office is redistributing the tickets," a sergeant at arms spokesperson told Agence France-Presse. Politico first took note of the misspelling, and social media, it will come as no surprise, had some fun with the mistake. Here are some of the responses:

One user asked, "On what metwork is tomorrow's State of the Uniom Address?"

And, oh wait, before you reprint those tickets..."shouldn't it be "Visitors' Gallery" and not "Visitor's Gallery" a few other Twitter users point out?