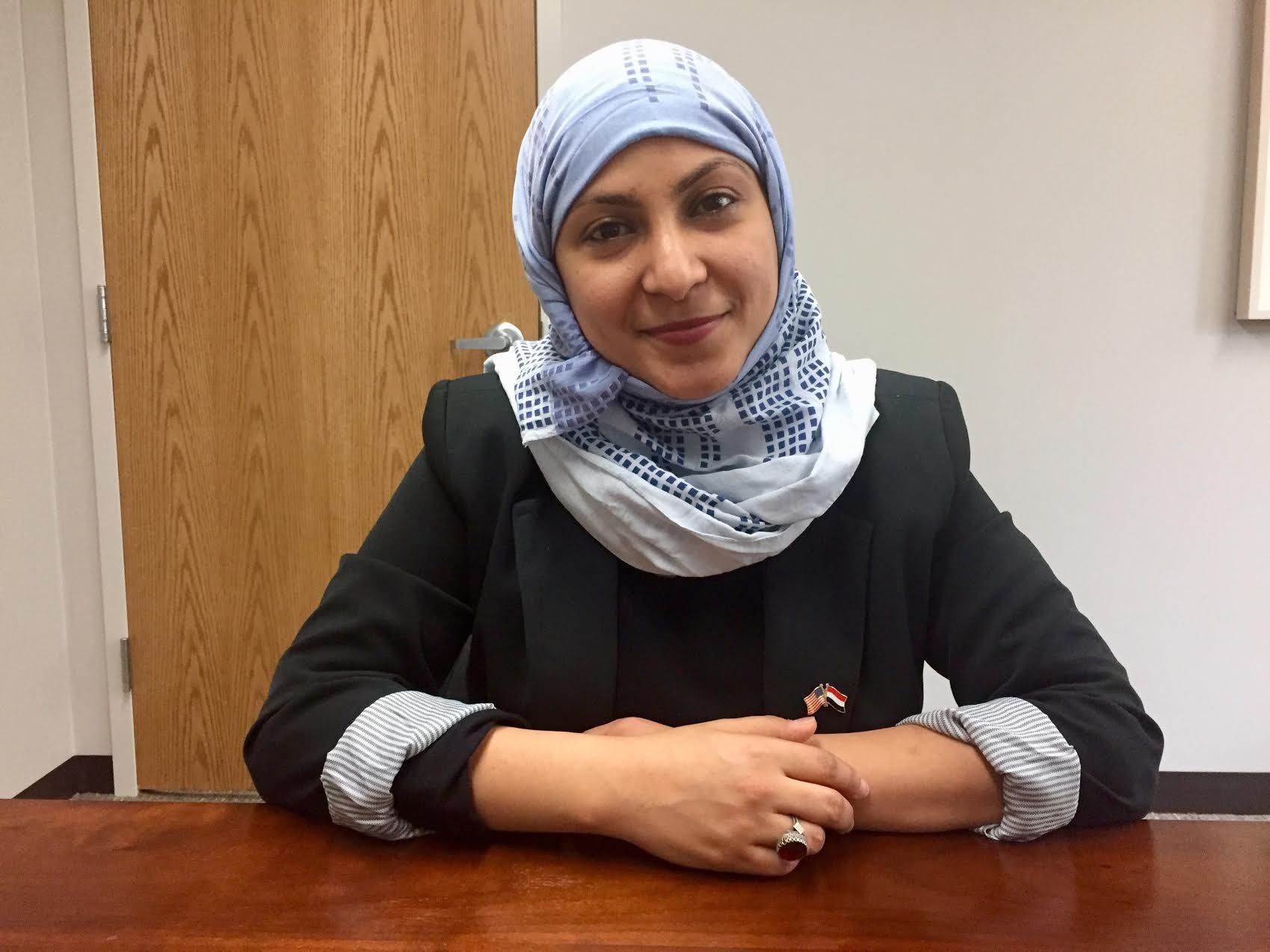 Fighting terrorism in Yemen on the front lines, her work focuses on preventing children from being recruited and radicalized by terrorist groups. This work means she is a loud opponent of the Houthis, a Shiite tribe that has been carrying out large-scale massacres in Yemen. She was worried, due to her history of accusations against the Houthis, that being recognized so publicly may put her family at risk.

But Thabet decided to accept the award.

“I am a Muslim,” Thabet says in perfect English, wearing a blue and white hijab atop her professional suit jacket. “I am not a terrorist. I am working against the terrorists.”

She criticizes President Donald Trump’s recent executive order banning immigration from Muslim-majority countries, including Yemen, for sending a negative message about all people who live in those countries. The order is now held up in the courts, but she argues it had a major impact on reinforcing the idea that all Muslim people are terrorists. She felt well-positioned to speak up against what she sees as harmful typecasting.

Thabet also wants her work, as recognized by this award, to show the international community that they must go after the Houthis in a more substantial way, not just ISIS. “We need to hold accountable everyone,” she says, specifically referencing the violent acts of Houthis.

Thabet has put her life on the line. She recalls ducking behind a truck to avoid the shot of a sniper, she has been feet away from land mines that killed children and she is constantly berated with terrifying criticism online.

The heartbeat of her mission, however, is driven by the lives of children that she saves.

She has heard the stories of children who have defected after being child soldiers recruited by terrorists. These groups use one another to leverage their own message.

Houthis recruit children in Yemen by saying they need to fight ISIS in an effort to prevent their country from turning into Iraq. Then they capture this children and ruin their lives, tell them to fight or they will be murdered. She has used those stories and her other findings to educate other Yemeni children to prevent them.

One campaign she launched was called “hold the pen and not the gun” in 2014. They did presentations to 2,500 children in schools to explain that there is no future in terrorist recruitment based on the stories they had heard.

“The purpose was to understand the consequences if you are recruited,” she says. Thabet says that a major hardship was going against the grain of the Yemeni culture, which associates holding a gun with pride.

It is her life’s calling, though this was not always the plan. After graduating from college with a degree in computer science she envisioned herself going to work for a big for-profit corporation, crunching numbers. But she got pulled into human rights realm when she took part in a UNHCR training program on refugees and internationally displaced people.

She applied for a job in child protection at the Danish Refugee Council. They accepted her but tried to place her in the data program. She fought back. She only wanted the child protection job. They agreed. She went to work on the ground, collecting evidence of children being recruited by terrorist groups and the war crimes being carried out by the official military.

That information was passed over to the UN. She ended up working with the government to create an action plan to keep children out of the Yemeni Armed Forces.

Thabet is now getting her masters in peacebuilding and conflict transformation in the US. What will she do when she is done?

“I am going to Afghanistan, Iraq. I am going back to the war zones,” she says.