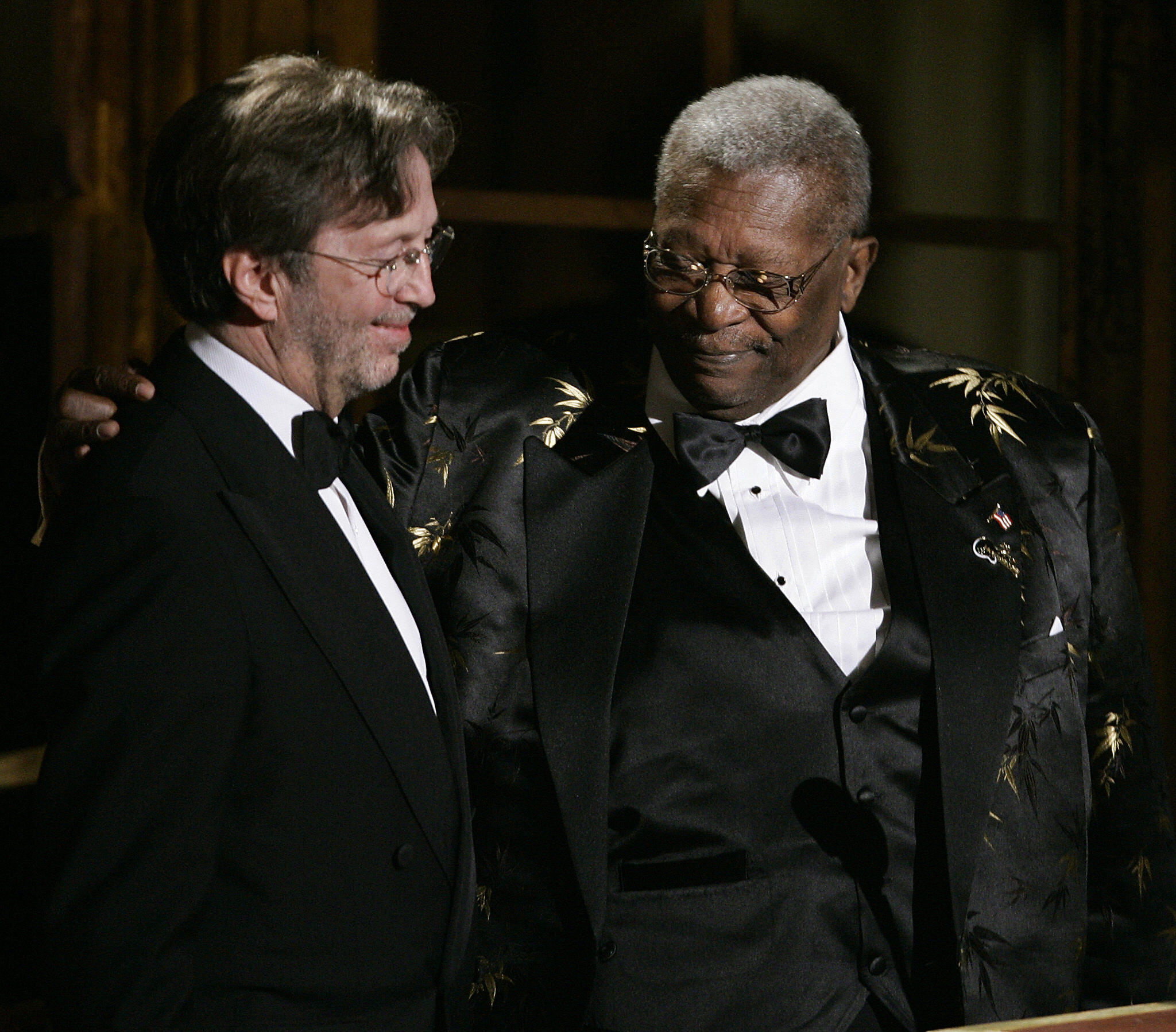 Stars are coming out in droves to remember B.B. King, the blues legend who died in Las Vegas on Thursday at age 89.

Eric Clapton posted a touching video on Facebook in which he spoke about the guitarist's influence, while Buddy Guy called King his "best friend." Other stars paying tribute include Ringo Starr, Richie Sambora and Snoop Dogg.

President Barack Obama released the following statement: "The blues has lost its king, and America has lost a legend. B.B. King was born a sharecropper's son in Mississippi, came of age in Memphis, Tennessee, and became the ambassador who brought his all-American music to his country and the world. No one worked harder than B.B. No one inspired more up-and-coming artists. No one did more to spread the gospel of the blues."

He added "Three years ago, Michelle and I hosted a blues concert at the White House. I hadn't expected that I'd be talked into singing a few lines of "Sweet Home Chicago" with B.B. by the end of the night, but that was the kind of effect his music had, and still does. He gets stuck in your head, he gets you moving, he gets you doing the things you probably shouldn't do - but will always be glad you did. B.B. may be gone, but that thrill will be with us forever. And there's going to be one killer blues session in heaven tonight. "

Actor Morgan Freeman said, "Needless to say, B.B. was the greatest blues icon on the planet. He kept us rocking and rolling throughout a seventy year career. His passing has created a hole in the universe."

See how fellow music artists and more are paying tribute to the King of Blues: