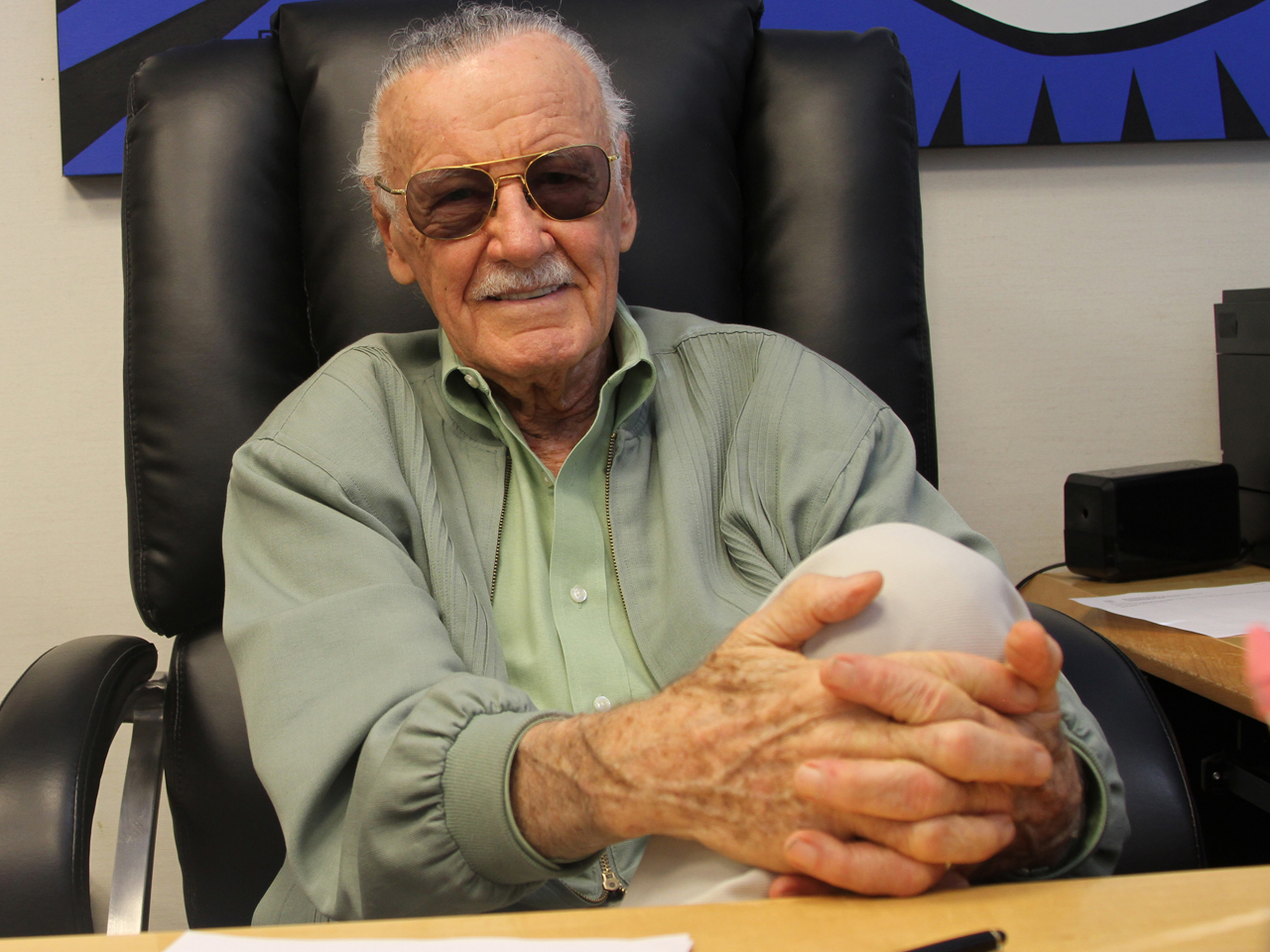 If Stan Lee grew up in another time, the comic book landscape may have been a little different. The man behind such iconic characters as Spider-Man and Iron Man says he wishes "there were things like iPhones" when he was young. "I wouldn't be just an ordinary comic book writer," he said. "I would have been a movie star!"

Lee, 90, is impressed with the technology of today, telling CBSNews.com, "Now anybody with an iPhone or an iPad can be a filmmaker. It is so easy to take pictures, make video and so forth and people love doing that. Just like people love going to the movies, people love to shoot their own little movies, too, especially young people."

It's part of the reason why Lee decided to team with Doritos for its worldwide "Crash the Super Bowl" contest, where consumers compete to have their own Doritos ads air during the Super Bowl. The two winning creators will also each get a chance to work with Lee's Marvel Studios on the set of "The Avengers: Age of Ultron," the follow-up to the 2012 blockbuster"Marvel's The Avengers." The person behind the ad that receives the most fan votes will also walk away with $1 million in prize money. The runner-up gets $50,000. Online submissions open today (Tuesday, Oct. 8).

"Somebody asked me if I would do it and I'm a guy who can't say no," Lee said about getting involved in the contest. "It sounded so exciting. I've never been involved with anything this big...Nobody can say no to a deal like that."

As for the ads, Lee said they'll be looking for originality: "An ad has to do two things -- it has to be entertaining and it has to sell the product. It should be something that people will enjoy watching in the 30 seconds that they have and it should also convince people, 'Boy, I can't live another minute without some Doritos.'"

Lee said he plans to attend Super Bowl XLVIII at Metlife Stadium in East Rutherford, N.J., on Feb. 2. "I think they're flying me in because they couldn't have a big game like that without me handling some part of it, obviously," he joked. "I'll probably have a better seat at that football game than I ever had before."

A New York native, Lee is looking forward to returning to the area, saying, "I love New York and every chance I get to go there is wonderful."

New York, of course, is the backdrop of Lee's superhero comic books. "Every story that I wrote I had the heroes live in New York because it made it easy for me to write the stories. I didn't have to invent places. I could use regular places and regular neighborhoods. And everybody thought, 'How wonderful. I'm being so realistic.' But really I was just making it easy for myself."

For years, Lee has had the chance to see his Marvel Comics stories come to life on the big screen. From "X-Men" and "Thor" to "Iron Man 3," Marvel has been churning out hit after hit. When asked which film has been his favorite so far, Lee said, "Impossible, I can't pick. Every one that I see is my favorite while I'm watching it. I am so impressed about how they take those stories that I wrote years ago and they turn them into such wonderful viewing experiences."

Although Lee serves as the creative vision behind the films, he's not necessarily hands-on in the making of them. "I'd love to say [I'm] very involved -- they're so wonderful. I'd love to take credit for it, but I have very little to do with them. I do my cameo, get the hell out of there and let the producers, directors and actors do their jobs," he said.

Speaking of cameos, through the years Lee has showed up -- one way or another -- in Marvel Studios' films. In a way, it's his one chance to become that "movie star" he talks about. He surfaced as a librarian in "The Amazing Spider-Man" and as a beauty pageant judge in "Iron Man 3."

"It is more fun that you can imagine," Lee said about shooting his movie cameos. "And I never know what I'm gonna do. I'm asked to come to the set and the director will say, 'Stand over there, put this on, do this.' Five minutes later, I'm gone and I did my cameo."

Lee appears to have a special place in heart for superhero Tony Stark, who has been portrayed on the big screen by Robert Downey Jr. "Tony Stark has become one of the real great movie characters. We owe so much to Robert Downey Jr., who was born to play that role," he said.

So is Lee at all like his characters in real life? "I have all of the best character abilities of every one of them -- the best characteristics. I'm certainly so much like Tony Stark -- charming, good-looking...and if you believe that, I've got a bridge in Brooklyn I can sell you," he said laughing.

And if there were one "superpower" he could have for himself, Lee said it would be luck. "If you have good luck then everything falls into place. Think about it -- if you apply to a job, you get it. You buy a lottery ticket, you win. Luck is the greatest power in the world," he said.

But if Lee really thinks about it, perhaps some luck has come his way over the years.

"I was very lucky with all the characters I did. They worked out. They were published and they're still around. It's a good thing I stopped doing some after that because then I might have had a few lemons," he said.