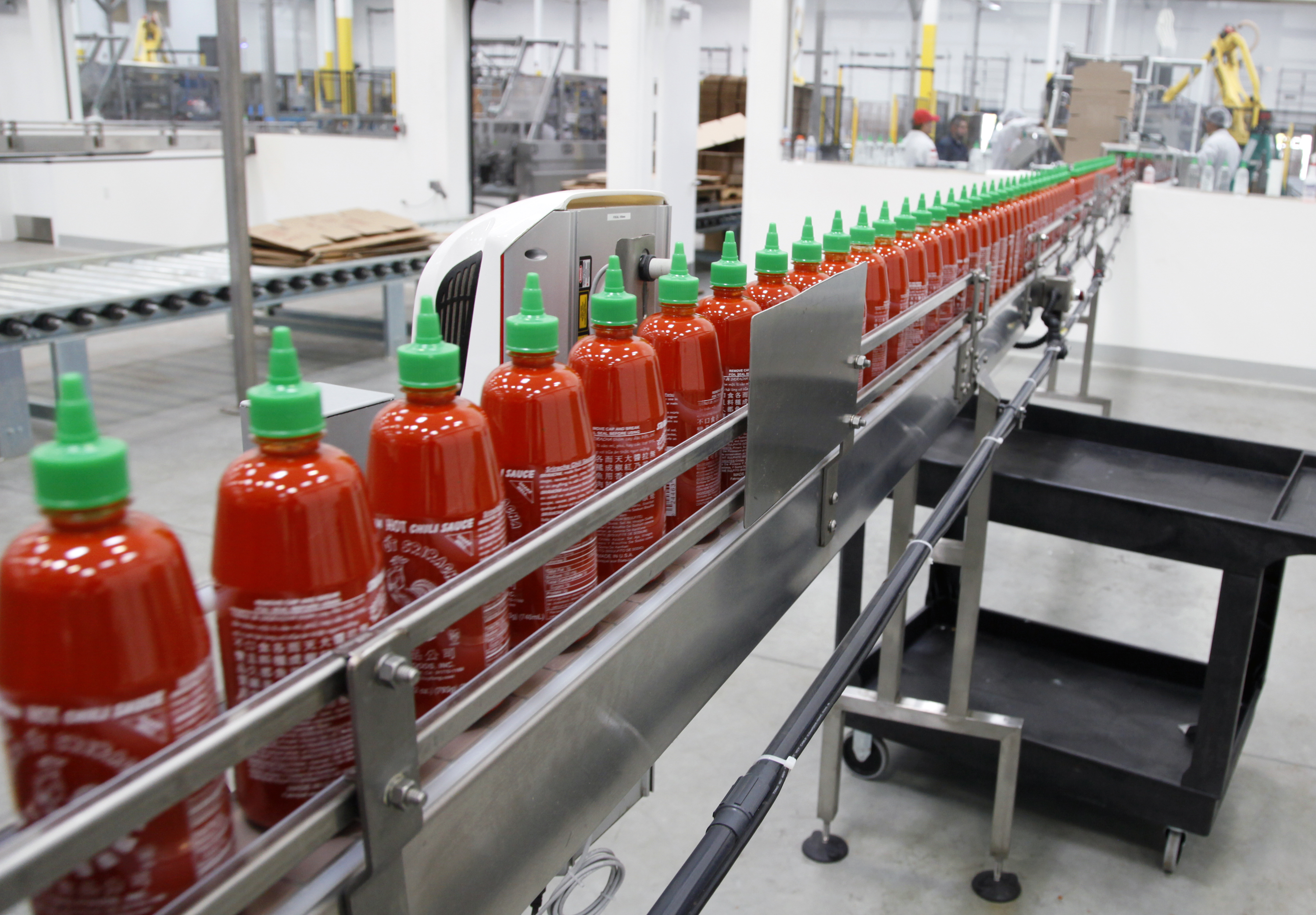 In California, the battle over a popular hot sauce is in a cooling-off period. The city of Irwindale is delaying a decision that could put Sriracha production in jeopardy.

The $60 million-per-year Sriracha hot sauce empire was created by David Tran. He's angry with the Irwindale City Council, which may declare his factory an official public nuisance after 70 complaints of strong chili pepper odors.

"It is irritating my family and my household, and I do have doctor's documents for it," said Dina Zepeda, a resident of Irwindale.

The complaints came last fall during the 10-week-long processing season. CBS News' cameras were the first let inside the new $40 million Sriracha facility where they turn out 200,000 bottles of sauce each day.

Tran had installed carbon filters on the roof, and when the local air quality agency inspected the plant, it did not find any violations. It also said that nearly three-quarters of all the complaints came from just five households.

"Public nuisance means that we make the odor. We make harmful smell," said Tran. "There must be evidence. From where?"

It seems to have come in part from city manager John Davidson, who toured the plant and told CBS News that the odor outside the walls was strong.

"He needs to have his nose checked," Tran told CBS News' Ben Tracy. "The problem from his nose."

Tran told Tracy he believes they want to shut him down. But Irwindale Mayor Mark Breceda said that's not true.

"We want to work with you," said Breceda. "We love your Chili sauce, we love everything about your company. We're just asking for minimal things."

But Tran doesn't think he should have to spend $600,000 without hard evidence. He's threatened to shut down the plant -- and says 10 other states want his business.

"The most important thing there, my workers cannot follow me," said Tran. "So I need to stay here and keep the jobs for them."

Hundreds rely on Tran for their livelihood, and he seems to know that losing his hot sauce business could leave the city in hot water.

To see Ben Tracy's full report, watch the video in the player above.