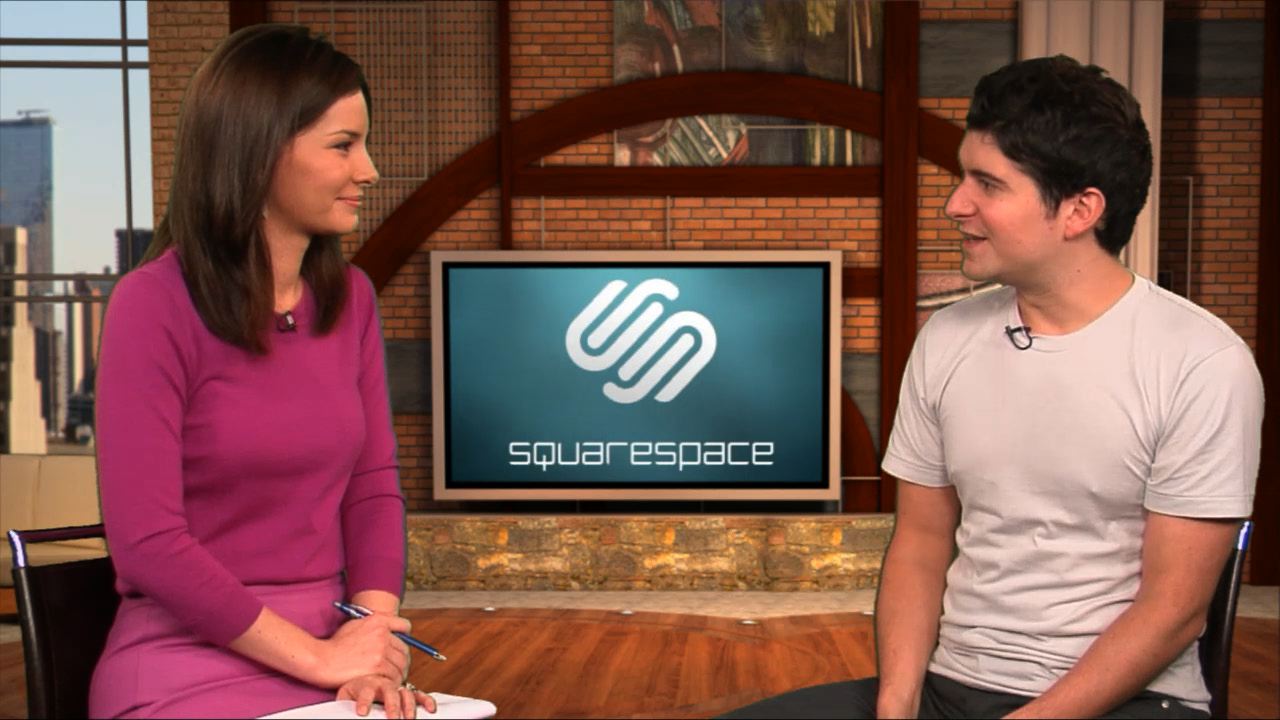 (MoneyWatch) Anthony Casalena was in college at the University of Maryland when he came up with the idea for Squarespace.

He wanted to make his own website, but there weren't any resources to do it seamlessly and elegantly. So Casalena went to work on developing a service that could help anyone build their dream website. That service is now called Squarespace. After eight years, no vacations, and a storm that threatened to shut down the entire operation, Casalena is founder and CEO of what TIME.com calls one of the 50 best websites.

Anthony Casalena: I was a college student at the University of Maryland. I wanted to create my personal website and I wasn't satisfied with any of the existing services. Instead of forcing together a mix of blogging software, statistics software, page builder software, and web hosting just to get a coherent-looking site published online, I started working on Squarespace.

AC: It took about nine months to program the initial version of Squarespace on my own. I was lucky to have my first few customers within a month of launch -- they found out about the service through a small campaign I did with Google AdWords. Since the company was just me for a while, I was able to keep it profitable from the start and reinvest everything in the business. We have remained profitable since inception.

RJ: How long after starting Squarespace was it before you took your first vacation?

AC: I think it was basically 6-7 years. I've been a bit better about it in the past year or two. Initially, since I ran a lot myself in the early days, vacations seemed more stressful because I might need to respond to emergencies. Now, we have an amazing team that handles things.

During Superstorm Sandy, Squarespace's office building lost power and at 5 a.m., Squarespace learned their data center's fuel pumps and fuel tanks were completely flooded and unable to deliver any more fuel. Squarespace had run out of power, backup power, and could not access fuel in a flooded basement. To keep the 1.4 million websites it serves up and running, Casalena and his peers went to extraordinary lengths and ran buckets of fuel in the dark, for more than 72 hours, to a generator on the 17th floor.

RJ: How on earth did you keep Squarespace afloat during Superstorm Sandy?

AC: The actual story of this is completely insane.

We were hanging on by a thread. There were about three times during this entire saga when we literally had an hour of fuel remaining -- the fact that we were able to pull this off is just exceptionally lucky. This was a combination effort between Squarespace, Fog Creek, and Peer1 who all devoted resources to this situation. I think a combination of simply not giving up and being incredibly resourceful and dedicated led to this coming through.

Over 20 of our employees came down to help with this effort, as well as many from Fog Creek. Each of our groups pitched in. Really great teamwork. I think that willingness to just show up and keep trying kept us alive during the most difficult periods.

AC: I think it's important that people who start companies feel compelled to do it because they think the world should be a certain way, and they feel strongly about changing it. Your company should have a philosophy and a reason for being. Many people confuse ideas with companies, but a company should be more than just solving the mechanics of a problem. It should be built with a group of people that rallies around an idea and works towards a common goal.

AC: Yes - our current open positions can be found here. We value intelligent, driven thinkers that share the same core values we do. Squarespace is focused on fusing great design and great engineering into something that not only inspires people, but also stands the test of time. To get hired by a start-up, I think it's important that you care about their mission and can operate without a lot of direction. The early days of most start-ups can be chaotic, and you must be able to operate autonomously.

To hear more from Casalena about the start of his company, watch the video in the player above.

Why are U.S. gas prices so high? Not for the reason Biden thinks
Rebecca Jarvis