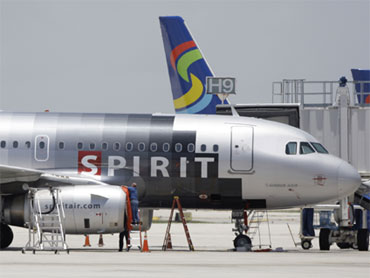 Spirit Airlines made a deal with its pilots on Wednesday that will end their strike, and the airline said it would fly again starting Friday.

"I think our people will be more than willing to assist the company in getting itself back together and fully operational as soon as we possibly can," said Sean Creed, a Spirit captain and head of the Air Line Pilots Association unit there.

Spirit had already canceled its Thursday flights before the agreement was reached. Before the strike, Spirit had said it intended to fly through any job action. That didn't happen, and many of its customers found themselves stranded with limited ability to use their tickets on other airlines. Many paid hundreds of dollars to fly on another carrier, or rented cars, to get where they were going.

Jake Kovalchek, a 49-year-old auto mechanic from Somerdale, N.J., had to spend more than $1,200 on same-day airfare to get him, his wife, and two children from Fort Lauderdale, Fla., back to New Jersey after a cruise. They spent another $170 on car rentals and cab fares between airports. Spirit gave him $600 in credit for future flights that he wasn't sure he would use.

"Who knows if next week they're going to decide this isn't what they want?" Kovalchek said of Spirit and its pilots.

"We apologize," CEO Ben Baldanza said to customers who were stranded. "We did the best we could to re-accommodate. We tried to arrange other services for customers where we could," and the airline refunded tickets when it couldn't get them on another flight, he said.

Spirit carries roughly 16,000 passengers per day, or about 1 percent of the nation's air traffic. Its biggest hub is in Fort Lauderdale, with flights to U.S. cities including Detroit and Atlantic City, N.J., as well as the Caribbean and Latin America.

Spirit is privately held and based in Miramar, Fla.

Airline strikes are rare in the U.S. because of strict federal rules aimed at keeping the transportation system moving. The last strike at a major carrier was a walkout by Northwest Airlines mechanics in 2005.

Spirit pilots had been negotiating for more than three years before the strike started Saturday morning. The union said first officers in particular lagged their counterparts at other discount airlines like JetBlue Airways Corp. and AirTran Airways.

Negotiations resumed on Tuesday afternoon and lasted until early Wednesday morning, Creed said. After a break they made a deal around midday, he said.

"I think we've taken a fairly substantial step forward to right that and bring those folks closer to where they need to be with their peers," he said.

Creed said he knows some passengers will blame pilots for the disruption. He said they tried to warn people that a strike was possible.

"Unfortunately that was the only option that we were left with after three and a half years of negotiations," he said.

The union's Master Executive Council has agreed to send the tentative agreement to pilots for a vote, but it won't be final until they approve it. A vote is expected in July.

Spirit told passengers with travel planned for Friday that they should confirm their flights at http://www.spiritair.com.