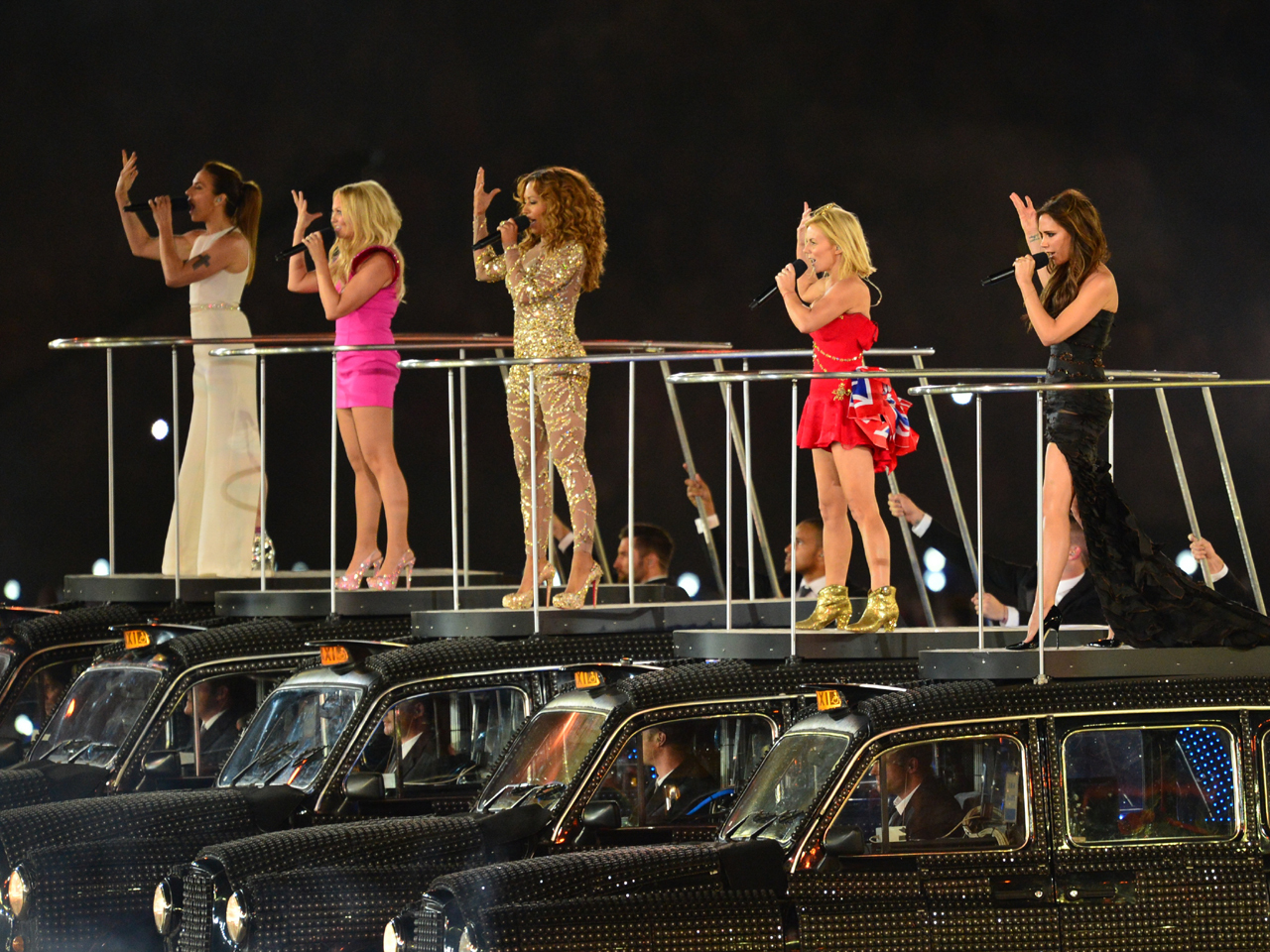 (CBS News) The Spice Girls reunited Sunday for a performance during the star-studded closing ceremony for the London 2012 Olympic Games.

It was the first time the British '90s group has performed together since their reunion tour more than four years ago. Earlier this year, the quintet came together to announce details of "Viva Forever," a musical based on their songs that is set to begin in London this fall.

Beckham was featured in the closing ceremony twice - during the Spice Girls performance, and earlier in the show, when one of her designs appeared in the portion of the evening celebrating British fashion.

After the performance, she tweeted a photo of the "Girl Power" group posing together:

Tell us: What did you think of the Spice Girls' performance?