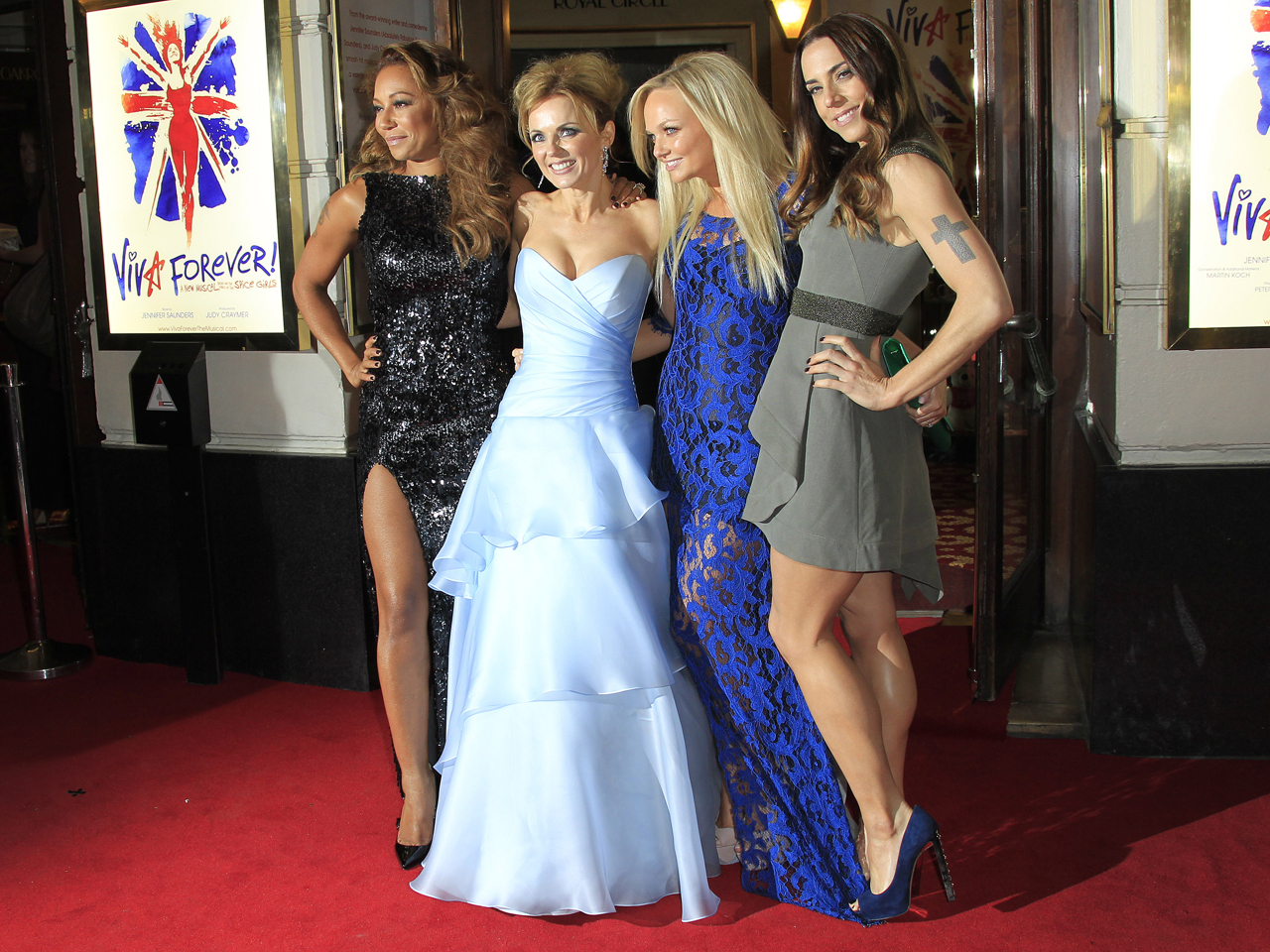 The Spice Girls are asking fans, "Say You'll Be There." After years of rumors, the girl group announced an official reunion tour — minus Victoria "Posh Spice" Beckham. On Monday, Melanie Brown (Scary), Emma Bunton (Baby), Melanie Chisholm (Sporty) and Geri Halliwell (Ginger) announced that they are joining forces for a six-date summer stadium tour in the U.K.

For years, the ladies have reassured fans that a reunion is coming. The pop group teamed up again in 2012 to close out the London Olympics, and have since had unofficial reunions together.

They will kick off their tour in Manchester on June 1 and will close at their tour in London at the end of June. The Spice Girls also dropped a cheeky teaser for their tour, with a caption that "friendship never ends."

Beckham wished her band mates the best of luck and wrote, "Today marks a special day for the girls as they announce the first tour dates since we performed together in 2012! I won't be joining my girls on stage again but being in the Spice Girls was a hugely important part of my life and I wish them so much love and fun as they go back on tour next year. I know they will put on an amazing show and the fantastic fans past and present are going to have a wonderful time!"

In February, Chisholm confirmed to BBC Radio 2 that the women were "talking about opportunities and ideas" for the group's future, though she added, "There's no big announcement, but it's just great to be back in Spice World and to see the reaction," according to NME.

In January 2017, Beckham and Chisholm rang in the new year together by throwing back to 1996 when they performed "2 Become 1" at a New Year's Eve party.