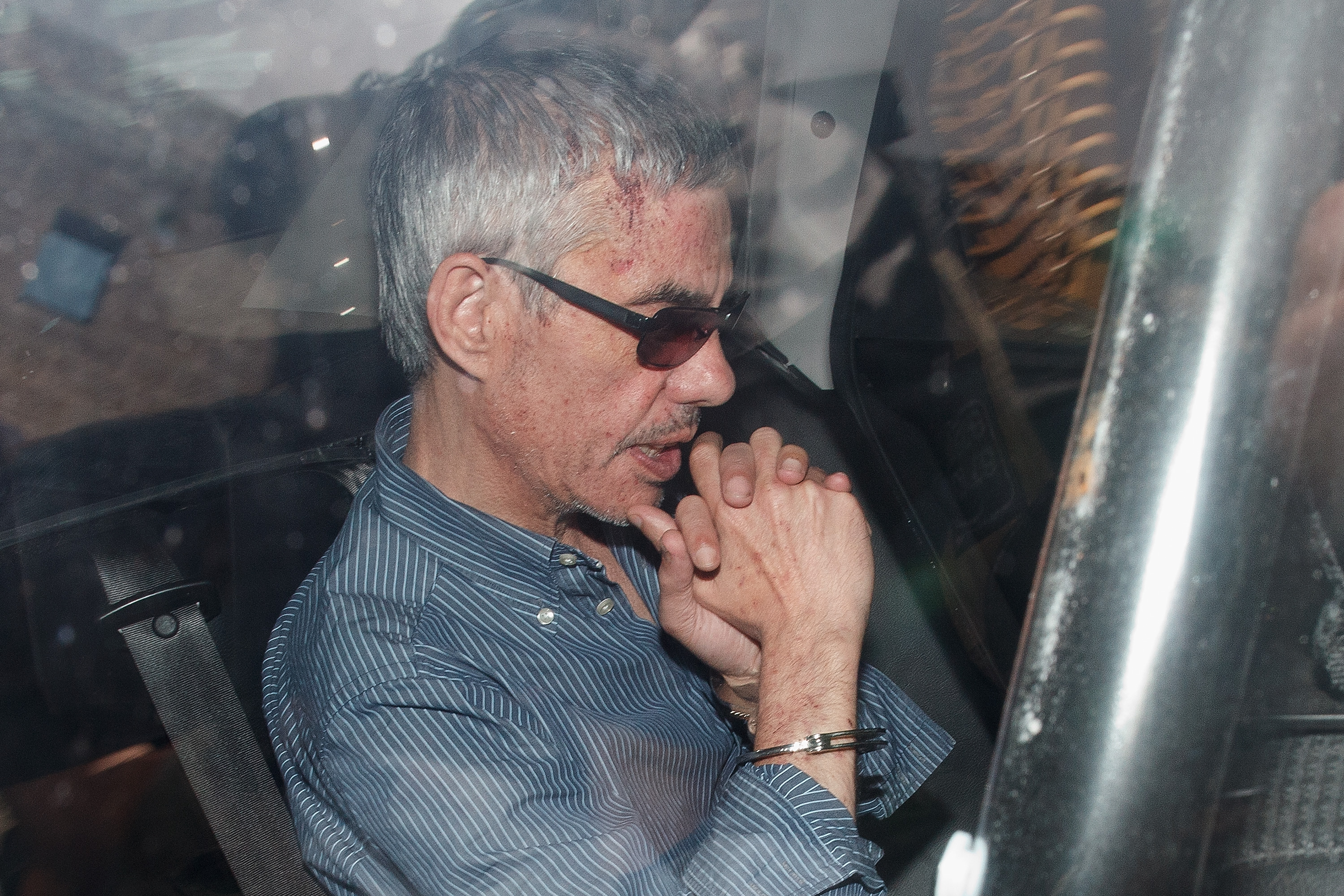 MADRID The driver of the train that derailed in northwestern Spain, killing 79 people, has said he was traveling at twice the speed limitwhen he approached a treacherous turn.

But, sitting uneasily before a judge, he waved his hands in front of his face and was at a loss to explain why he didn't slow down in a courtroom video released by a Spanish newspaper Thursday.

"I can't explain it," Francisco Jose Garzon Amo said, shifting in his chair and looking around. "I still don't understand how I didn't see ... mentally, or whatever. I just don't know."

The edited video of Garzon's appearance at Sunday night's court session in Santiago de Compostela, where the accident occurred last week, was released by Spain's ABC newspaper. Two court officials said the video appeared authentic. They spoke on condition of anonymity because the video has not been officially released.

In it, Garzon, a slightly-built 52-year-old with short-cropped gray hair and glasses, appears shaken and at times hesitant. He sits in a simple chair in front of the judge, with four rows of chairs behind him in the small courtroom.

Garzon is wearing a dark jacket and trousers with an open-necked shirt. Behind him are two men in dark uniforms, and several other unidentified people are in the room. He also answers questions from a prosecutor.

Garzon's testimony added little new to what is already known about the crash on the evening of July 24 as the high-speed train, carrying 218 people in eight carriages, approached the capital of Spain's northwestern Galician region. But the video was the public's first look at the court testimony of the driver who walked away from the accident with a gash in his head.

ABC said its footage showed 18 minutes of excerpts from the full 55-minute session, accompanied by what it said was a transcript of the full session. The paper said it obtained a copy of the video that the court took of the session but has not made public.

The train had been going as fast as 119 mph (192 kph) shortly before the derailment. The driver activated the brakes "seconds before the crash," reducing the speed to 95 mph (153 kph), according to the court's preliminary findings based on black box data recorders. The speed limit on the section of track where the crash happened was 50 mph (80 kph).

In his Sunday night testimony, Garzon said he was going far over the speed limit and ought to have started slowing down several miles (kilometers) before he reached the notorious curve.

Asked whether he ever hit the brakes, Garzon replied, "The electric one, the pneumatic one ... all of them. Listen, when ... but it was already inevitable."

His voice shakes, his sentences break down and he appears close to tears as he replies to a question about what was going through his mind when he went through the last tunnel before the curve.

"If I knew that I wouldn't think it because the burden that I am going to carry for the rest of my life is huge," he said. "And I just don't know. The only thing I know, your honor, sincerely, is that I don't know. I'm not so crazy that I wouldn't put the brakes on."

Garzon said that after the derailment he called central control in Madrid about the accident.

"At the speed I was going and the smashup, though I couldn't see what was behind me. I knew what I was up against and I knew it was inevitable that there was a calamity and so (I called Madrid) to activate the emergency protocol," he testified.

Garzon also explained a photograph on his Facebook page which showed a train speedometer registering 124 mph (200 kph). He said he took the photo "as a laugh or whatever you want to call it" while a colleague was driving a test train on a different track some time ago. His Facebook page was taken down shortly after the crash. It is not known who removed it.

The investigating judge is trying to establish whether human error or a technical failure caused the country's worst rail accident in decades, and Garzon is at the center of the investigation.

The judge provisionally charged Garzon on Sunday with multiple counts of negligent homicide. Garzon was not sent to jail or required to post bail because none of the parties involved felt there was a risk of him fleeing or attempting to destroy evidence, according to a court statement.

National rail company Renfe said Garzon is an employee with 30 years of experience who became an assistant driver in 2000 and a fully qualified driver in 2003.

Garzon went back to court, voluntarily, to offer more testimony on Wednesday.

In that second appearance, he said he was talking by phone to the train's on-board ticket inspector moments before the accident and hung up just before the train left the tracks. But that contradicted what the court said the black boxes showed - that Garzon was on the phone at the time of the derailment.

The court said the inspector would testify Friday as a witness. It said the judge has ruled that while the phone call was inappropriate it could not be considered a cause of the accident.

Health authorities say 57 people from the crash are still in the hospital, 11 of them in critical condition.