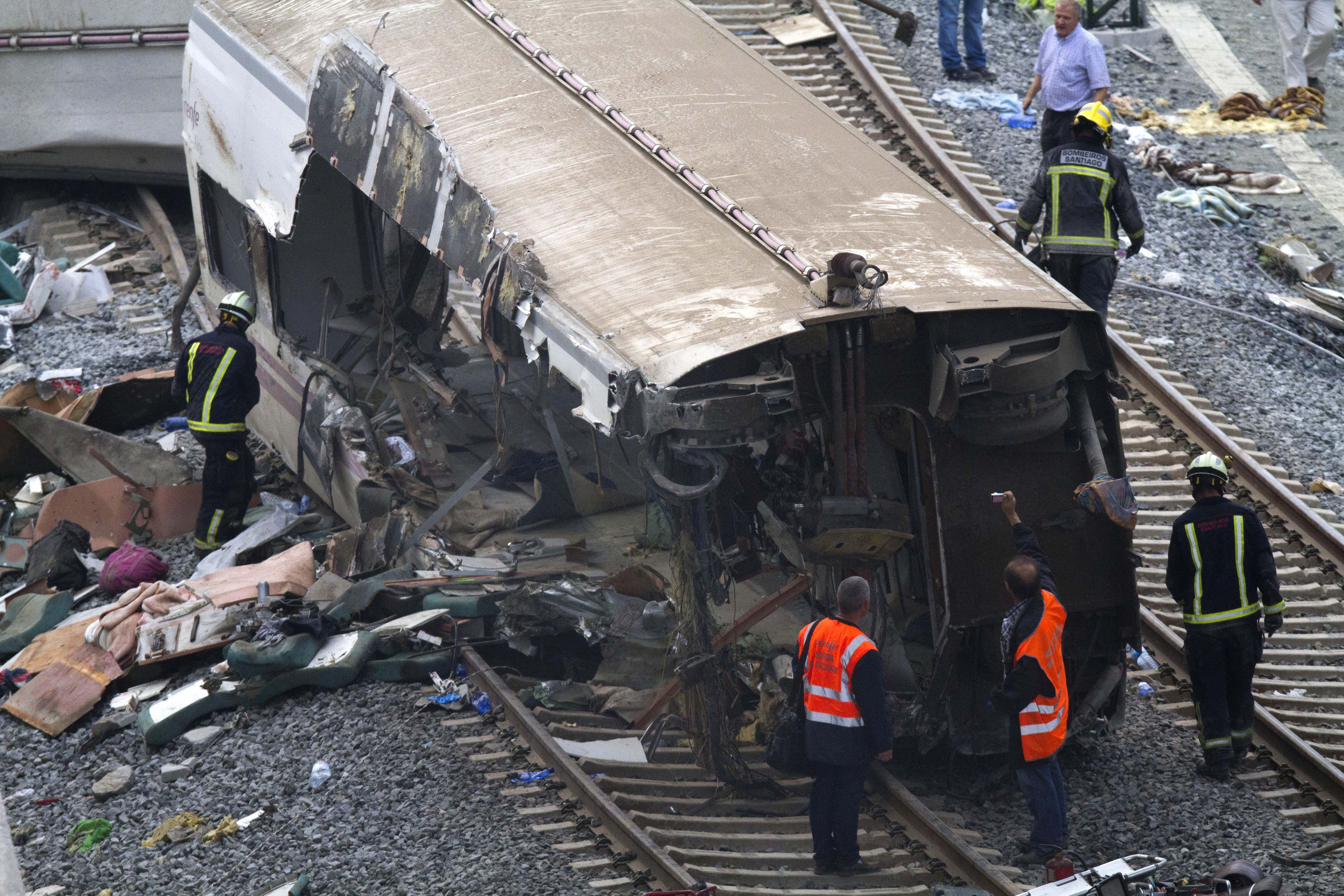 MADRID A Spanish court says the driver of a train that crashed last week killing 79 people has said he was talking by phone to the train's ticket inspector just before the accident happened but hung up before the train left the tracks.

A court statement said driver Francisco Jose Garzon Amo went to the court on his own initiative Wednesday and told the judge he had been speaking with the inspector about which platform to take on arriving at a station.

He told the court he hung up seconds before the train hurtled off the track.

The court said Tuesday data recorders showed the driver was on the phone at the time of the accident.

The statement did not identify the inspector or say whether he survived the crash.

The derailment occurred near Santiago de Compostela, a city in northwestern Spain's Galicia region, late last Wednesday. The investigations have focused on whether the accident was caused by human error other whether there may have been a mechanical or technical failure.

The train had been going as fast as 119 mph shortly before the derailment, and the driver activated the brakes "seconds before the crash," according to a Santiago de Compostela court statement Tuesday after the data recorders were examined. The speed limit on the section of track where the crash happened was 50 mph. The court said in its preliminary findings that no technical failure had been found so far.

Garzon was provisionally charged Sunday with multiple counts of negligent homicide. Some 61 people injured in the crash are still hospitalized, 13 of them in critical condition. Two of the fatalities were Americans.

"There are elements - such as the recorded conversation between the driver and Renfe's control center, the box that records the train's data, and the driver's own testimony - that indicate that things were not done properly," Galicia regional government president Alberto Nunez Feijoo told Onda Cera radio on Wednesday.

"The driver has acknowledged his mistake," he added.

Spanish news reports say Garzon conceded to the judge that he had been going too fast but could not stop in time, but the court would not comment on the reports.

Garzon was not sent to jail or required to post bail because none of the parties involved felt there was a risk of him fleeing or attempting to destroy evidence, according to a court statement.

Phone contact between drivers and control centers is not unusual but not recommended if it poses a risk, a Renfe spokeswoman said Wednesday. She said that a driver is under no obligation to answer an incoming call if he deems it best not to do so.

The driver has access to two phones: one fixed in the driver's cabin and the other a cellphone. She said there is no contact by computer in the form of emails or messages.