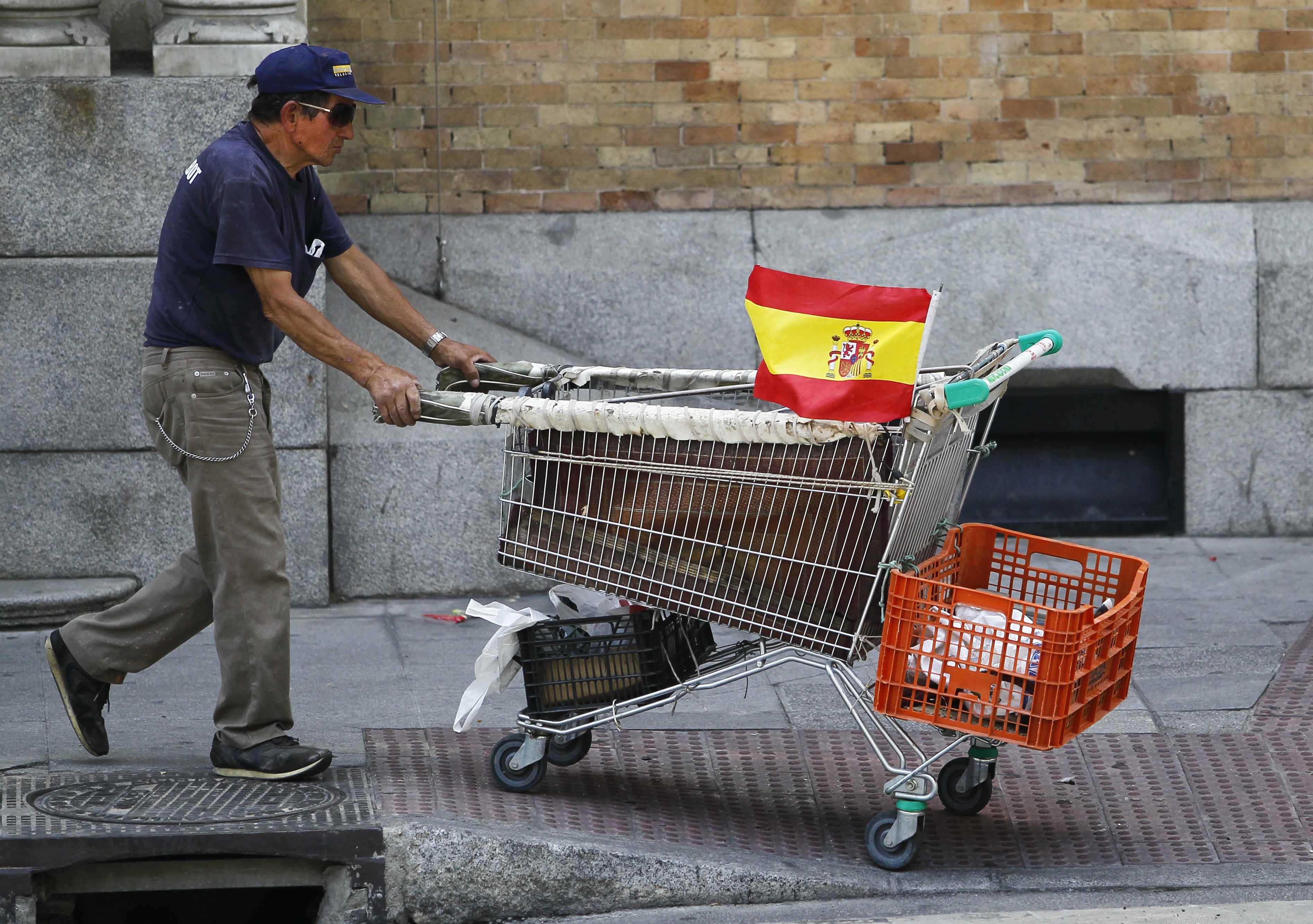 (AP) MADRID - Spain's government imposed further austerity on the country Wednesday as it unveiled sales tax hikes and spending cuts aimed at shaving euro65 billion ($79.85 billion) off the state budget over the next two and a half years.

A day after winning European Union approval for a huge bank bailout and breathing space on its deficit program, Prime Minister Mariano Rajoy warned Parliament that Spain's future was at stake as it grapples with recession, a bloated deficit, and investor wariness of its sovereign debt.

"We are living in a crucial moment which will determine our future and that of our families, that of our youths, of our welfare state," said Rajoy.

The spending cuts, designed to cut euro65 billion of state budgets by 2015, include a wage cut for civil servants and members of the national parliament and a new wave of closures at state-owned companies. Spain will also speed up a gradual increase in the retirement age from 65 to 67.

The measures are in exchange for the bank bailout of up to euro100 billion ($122.85 billion) granted to Spain by the other 16 countries that use the euro. Finance ministers approved the bailout program at meetings in Brussels this week and as much as euro30 billion could flow to Spain's banks by the end of the month. The country's banks are saddled with billions of euros in toxic loans and assets following the collapse of the country's real estate market. The goal is to strengthen the banks' balance sheets against further economic shocks so they can start lending to businesses and families. The full amount Spain will seek is not yet known.

Europe's finance ministers also this week extended Spain's deadline for achieving a budget deficit of less than 3 percent of its annual economic output, until 2014. The size of Spain's economy in 2011 is estimated to have been $1.5 trillion.

Spain the fourth-largest economy in the eurozone has been struggling to keep a lid on its government deficit in the midst of a recession while trying to support its troubled banking industry. There are fears that should Spain need a bailout of its own, the eurozone would struggle to finance it, pushing the region further into recession.

The jobless rate in Spain is nearly 25 percent and the forecast is for the economy to shrink 1.7 percent this year. The country is mired in its second recession in three years. The concern among investors and Europe-watchers is that further austerity cuts will push Spain's economy further into recession, making it even harder for the government to trim its deficit.

Blaming the previous Socialist government for the legacy of 8.9 percent deficit in 2011, Rajoy said, "The excesses of the past must be paid in the present."

Highlighting the need to trim the civil service, Rajoy said that while nearly 3 million private-sector jobs had been lost since 2007, public sector employment numbers had increased by 289,000.

"I know the measures are not pleasant but they are imperative," he said.

"In the current situation in Spain, it's not possible to create employment or grow economically. Never before have we had two recessions so deep and so close together it's something none of us here present have ever lived through and the indicators suggest the recession will continue next year," Rajoy added.

Wednesday's increases in sales tax include a 3 percentage point hike on products and services like clothing, cars, cigarettes and telephone services to 21 percent and a 2 percentage point increase on goods such as public transport fares, processed foods and bar and hotel services to 10 percent. The sales tax on basic goods like bread, medicine and books stays at 4 percent.

The increases were widely expected but go against campaign pledges made by Rajoy before he was elected in November and since he came to power.

- Wage cuts for civil servants and members of the national parliament

- Tax deductions for homeowners to be scrapped

- A 30 percent cut in the number of town councilors