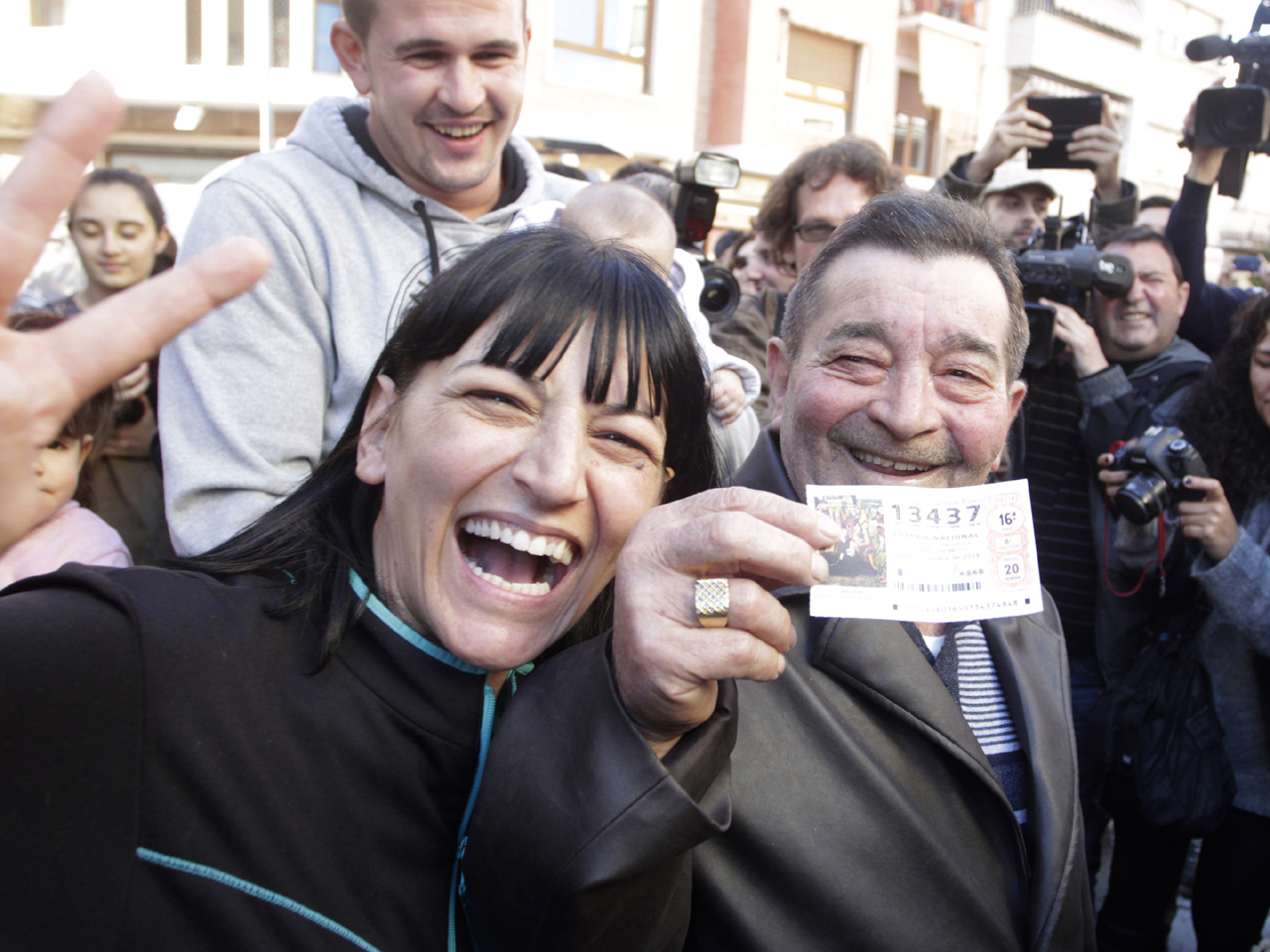 MADRID - Spaniards who bought lottery tickets in an upper middle class Madrid neighborhood hit the jackpot on Monday, getting 400,000-euro ($490,000) payouts from a 2.5 billion-euro ($3 billion) pot of cash that will be divided among thousands of ticketholders.

More than 100 of the top winning tickets were sold in the downtown neighborhood, though 20 were also purchased in the southern city of Cadiz and a handful were sold in other cities across the nation.

Unlike lotteries that offer one large jackpot or just a few big winning tickets, Spain's Christmas season "El Gordo" (The Fat One) lottery distributes prizes to thousands of people, with other winning tickets shelling out tens of thousands or hundreds of euros.

It's the world's richest lottery and Spaniards were glued to televisions as awards were announced in a drawing program that lasted four hours.

Before Spain's economic implosion in 2008, winners often splurged on new cars, beach homes or vacations. Now many use winnings to pay off debt.