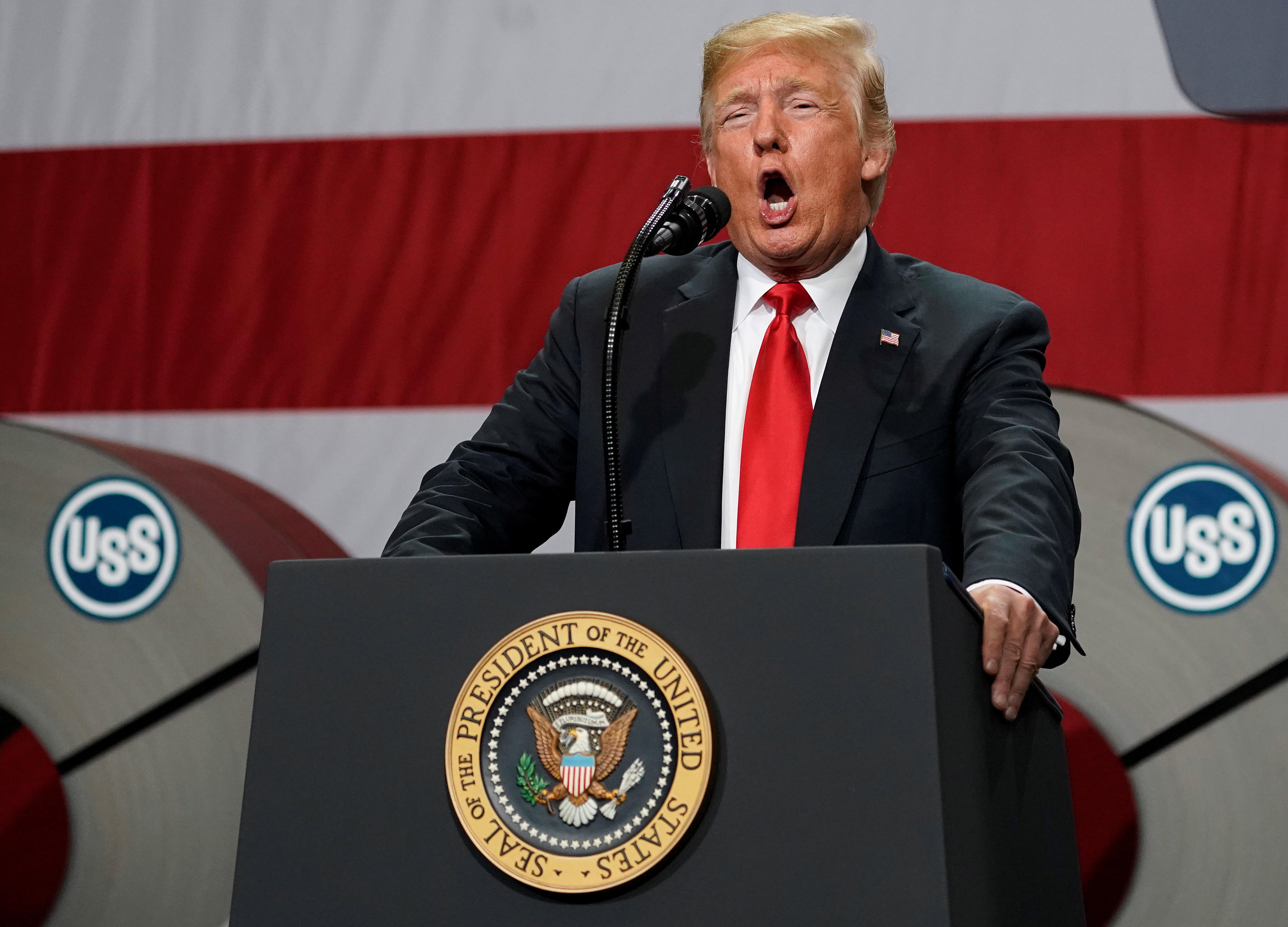 President Trump touted his trade policies in Iowa and Illinois on Thursday, a day after announcing he and the president of the European Union Jean-Claude Juncker announced they are working towards "zero" tariffs. Mr. Trump saved his most energetic remarks for a recently reopened U.S. Steel facility in Granite City, Illinois.

Mr. Trump was greeted by a friendly audience, filled with workers in construction hats and "Make America Great Again" hats. The told steelworkers they are pouring new American steel into the "spine" of the country. Steel, he said, is vital to national security.

The president, who suggested his tariffs are helping boost the company and steel is coming back, praised the workers as well for bringing back jobs. Mr. Trump, a real estate mogul before becoming president, said, "I look at the faces of you people. I could be one of you."

Not present for Mr. Trump's visit to the steel facility was Illinois' Republican governor, Bruce Rauner. Asked why he wouldn't join the president, Rauner told the Chicago Tribune he was in Granite City last week, and he has visited the White House and speaks with the vice president "all the time."

Before heading to Illinois, Mr. Trump met Thursday with agriculture industry leaders in Dubuque, Iowa. There, he kicked off the roundtable discussion by praising the leaders at the table, talking about ethanol, and blasting Sen. John McCain's health care vote last year, without naming him. Mr. Trump said "one man" decided "late in the evening" to break with the party. "Isn't that wonderful?" Mr. Trump said.

The president has continued to defend his tariffs on steel and aluminum imports, even as members of his own party critique them.

But he praised the announcement with the EU on Thursday, particularly over the EU's agreement to import more soy beans. "This thing called Europe, Europe!" Mr. Trump said in Iowa Thursday.

"We just opened up Europe for you farmers!" the president added, with "Make Our Farmers Great Again Hats" on the table in front of him.

Aboard Air Force One on Thursday, Commerce Secretary Wilbur Ross said the EU's concessions and agreement to negotiate is a "vindication" of Mr. Trump's tariffs strategy. Ross claimed more jobs are being created by the tariffs on steel and aluminum imports than are being lost.