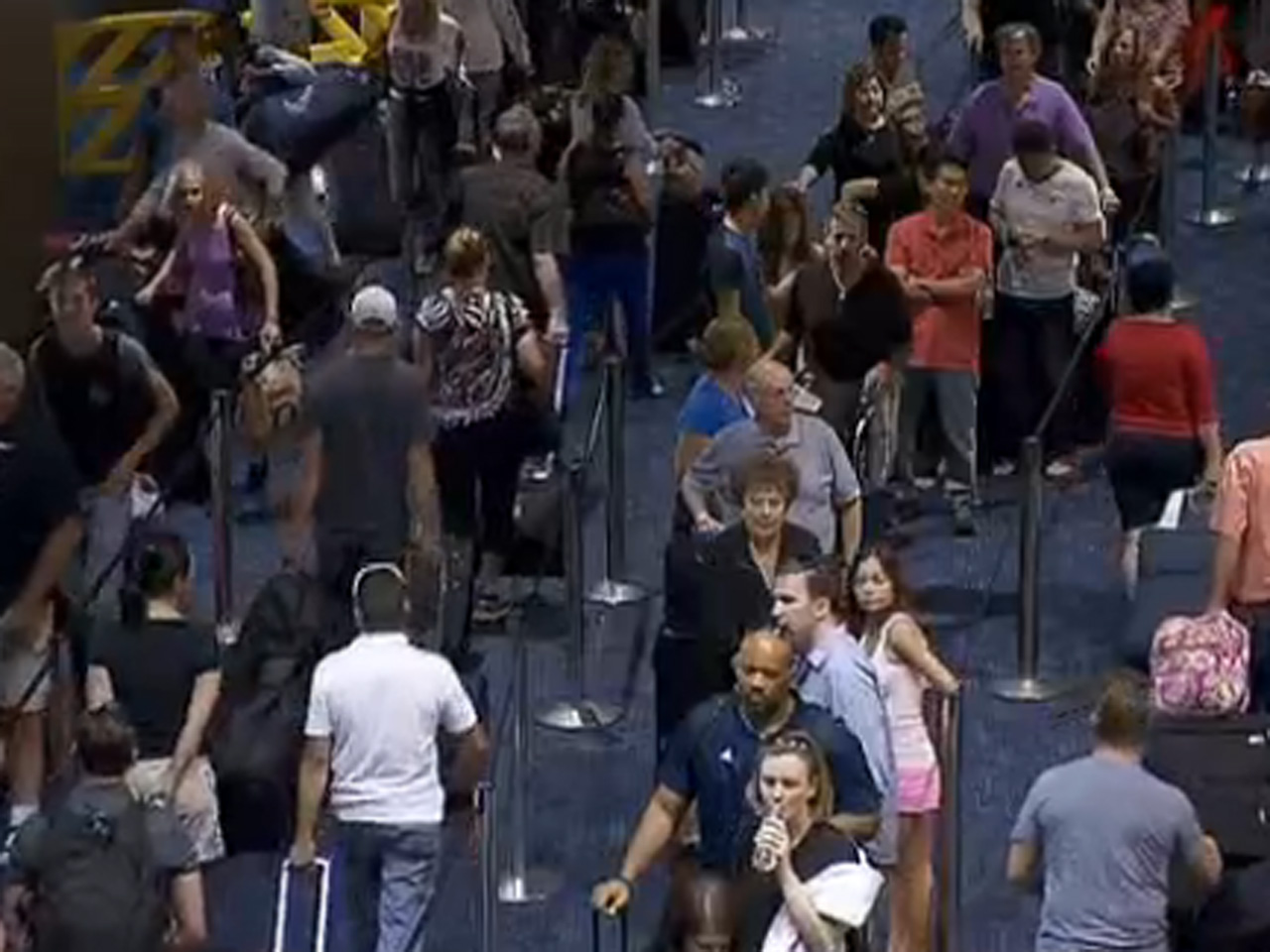 DALLAS -- Southwest Airlines (LUV) said hundreds of flights have been delayed by technical issues and warned passengers flying Monday to arrive two hours early and print boarding passes before coming to the airport.

The Dallas-based company said it was using back-up systems around the country to check-in travelers lacking printed or mobile boarding passes but technology problems that began Sunday morning were continuing. Southwest said about 450 of the 3,600 flights scheduled for the day had been delayed.

Representatives for Southwest did not say what caused the problem or how long it would take to resolve. Spokesman Brad Hawkins said there was "absolutely no indication now" that the problems were the result of hacking.

E.J. Schultz, a reporter for Ad Age who was taking a Southwest flight from Chicago's Midway International Airport, said the airline was telling people at the gate that travelers with paper boarding passes were fine. But those who had downloaded their tickets onto their mobile phones were told they had to stand in line, he said.

Schultz said he didn't understand why Southwest didn't announce that people should print out their boarding passes at home before getting to the airport.

Apple and Microsoft among brands linked to child labor

These states could move to 100% renewable power

"If everyone had done that, it would've saved so much time," he said.

Schultz said there was a line of about 50 people at the Southwest gate. His flight took off roughly 15 minutes after its scheduled departure time of 4:30.

Some passengers told CBS Las Vegas affiliate KLAS-TV they waited more than an hour just to get their boarding pass and luggage checked in at McCarran International Airport.

The long lines at check-in may mean some passengers didn't make their flights.

Emily Mitnick, who was flying to Detroit from Denver International Airport, said she missed her 10 a.m. flight, even though she parked her car around 8 a.m. She estimated that about 1,000 people were in line at the check-in for a boarding pass. When she went downstairs to the curb-side check-in, she said there were about a couple hundred people in line there, as well.

"The clock was ticking and the flight took off," said Mitnick, who was trying to get to Detroit through a different flight to Chicago.

In a statement, Southwest said it was still having "intermittent" technical issues on its website, mobile app and in its phone centers and airports check-in systems. It said that while it is working on the issues, workers at airports are helping customers with their itineraries.

Last month, American Airlines (AAL) experienced computer problems that prevented passengers from checking in and briefly halted flights on select routes. Airline officials said at the time that they fixed the problem after less than two hours, and that there was no indication that its system had been hacked.

In July, hundreds of United Airlines (UAL) flights were delayed after the airline experienced computer problems for the second time in just over a month. A United representative said at the time that the glitch was caused by an internal technology issue, and not an outside threat or hacker.