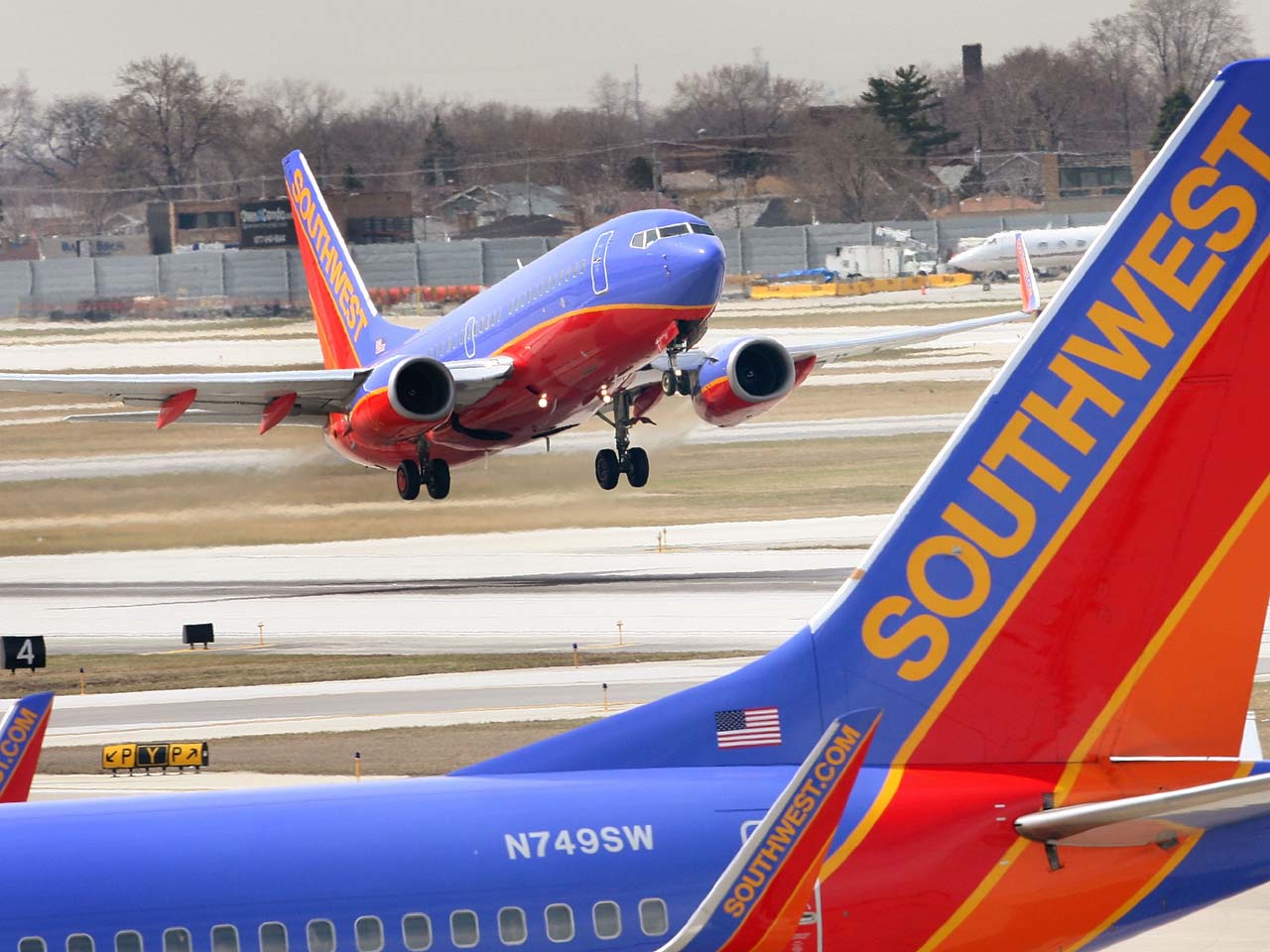 The move surprised passengers who reported that their flights were unexpectedly delayed at airports like Baltimore/Washington International, reports CBS News correspondent Jeff Pegues.

King said that, after discovering the missed inspections, the airline immediately notified federal safety regulators and began checking the planes.

Late Tuesday night, the Federal Aviation Administration agreed to let the airline resume flying the planes while inspections are done, likely during overnight hours. FAA spokesman Lynn Lunsford confirmed that the agency approved the plan after talking with Southwest and Boeing, the manufacturer of the planes.

The missed inspections were first reported by The Wall Street Journal.

The newspaper cited the airline as saying the groundings "weren't the result of an airworthiness directive from the FAA."

King called the missed inspections inadvertent. She said the airline discovered that 128 of its Boeing 737-700 jets already had flown beyond the point at which the backup hydraulic systems were supposed to be inspected. She said safety was the airline's top priority, and it was working to fix the matter quickly.

This is the latest safety dust-up between Southwest and the FAA, says Pegues. Over the past few years, the airline has squared off with regulators over several high profile safety issues.

Just last summer, the FAA proposed a $12 million fine of Southwest for failing to comply with safety related repairs to 737s.

Southwest was fined in 2009 for failing to inspect dozens of planes for cracks in the fuselage. Southwest agreed to pay $7.5 million to settle with the FAA, which had sought a $10.2 million penalty.

In 2011, the FAA ordered extensive inspections of some of Southwest's older 737s after a 5-foot hole burst open in one plane in mid-flight, forcing an emergency landing at a military base in Arizona.

Dallas-based Southwest is the nation's fourth-biggest airline. It has 665 jets, all of which are some version of the Boeing 737, including nearly 450 of the 737-700. That model seats 137 or 143 passengers, depending on the layout.

Can you afford a luxury car?