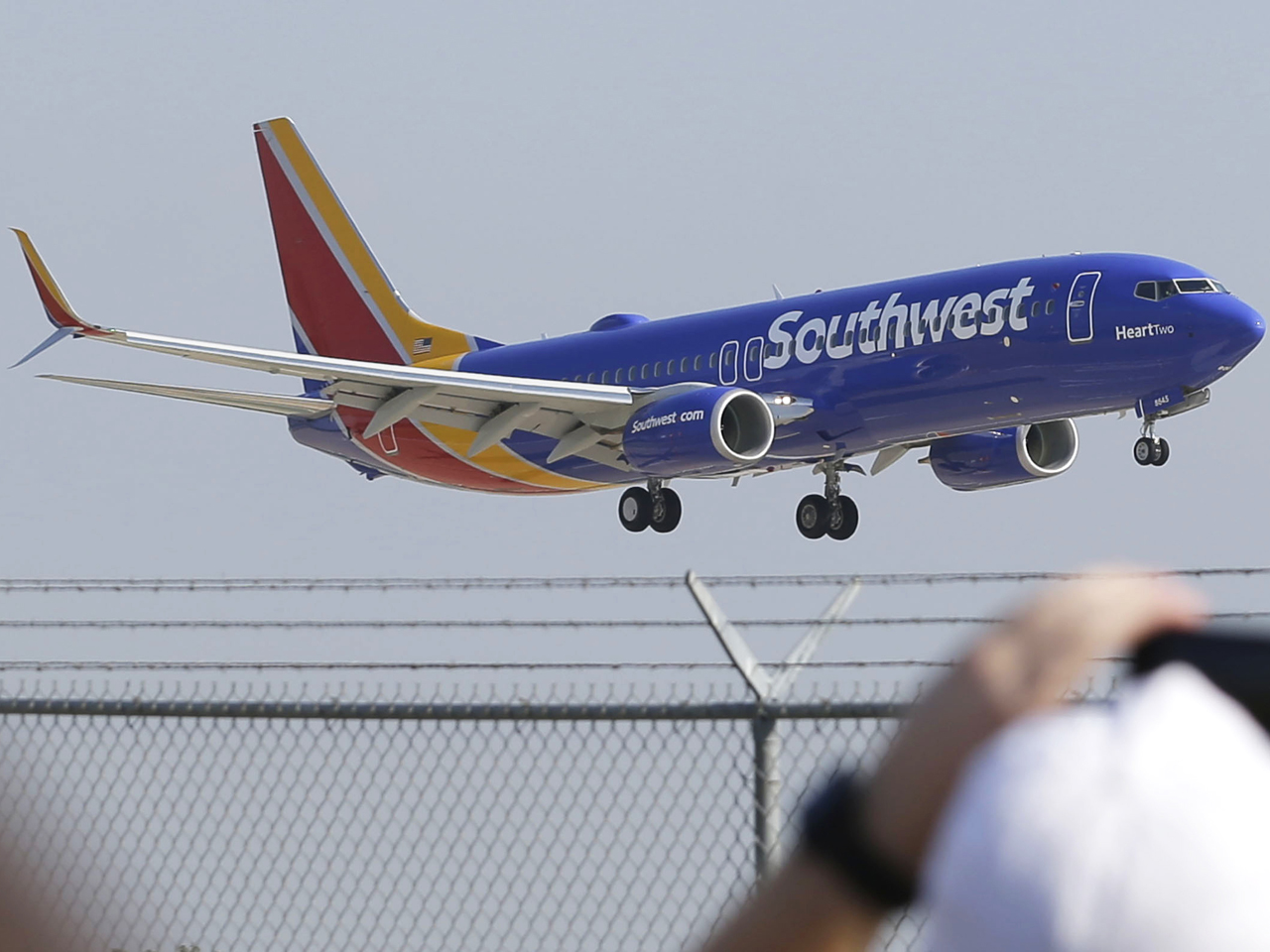 DALLAS - Southwest Airlines (LUV) is putting a new paint job on its planes, adding a splash of bright color as it enters middle age and faces many changes.

The airline introduced its new livery Monday to a rally of several hundred employees in a hangar at its headquarters next to Dallas Love Field.

Blue is still the dominant color, but the planes will also have red, yellow and blue swooshes on the tail and wing tips and "Southwest" in big letters along the side of the fuselage. The red belly is gone.

"It's a bold look; it's an updated look," declared CEO Gary Kelly.

On Twitter, the reviews came immediately and ranged from "horrible" to "I luv it."

Southwest wasn't able to keep it a surprise. Pictures of a Boeing 737 in the new livery leaked on the Internet over the weekend.

The change comes in a year during which 43-year-old Southwest has begun international flights, expanded in New York and Washington, and is freed from longtime government limits on its Dallas schedule.

It will take six to seven years for Southwest to repaint its entire fleet of about 680 planes. To control costs, planes will get the new look only as they come in for their regularly scheduled repainting, said chief marketing officer Kevin Krone.

Southwest last changed its livery in 2001 and repaints its planes about every six years. Knowing that a new look was in the works, it stopped repainting them in February.

The web site already reflects the new look. Airport signs and employee uniforms will change over the next two or three years.

Southwest Airlines Co. declined to say how much it is spending on the makeover, for which it hired design firm Lippincott and other consultants.