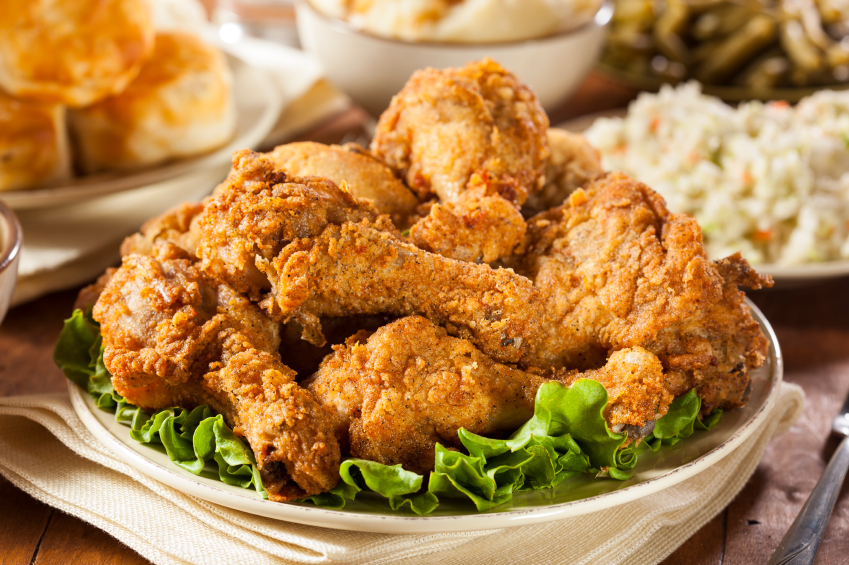 The types of food that many Southerners seem to prefer -- fried foods, sweet drinks and processed meals -- may be deadly for people with kidney disease, a new study suggests.

A "Southern-style" diet was associated with a 50 percent greater risk of death over a 6-year period for people with kidney disease, researchers found.

The researchers believe the death risk increases because kidney patients have an impaired ability to filter out the harmful fats, sugars and minerals contained in a typical Southern diet.

"People who have kidney disease have a harder time getting rid of a lot of the substances in these types of food that are bad for you," said study lead author Dr. Orlando Gutierrez, a kidney expert at the University of Alabama School of Medicine.

By the same token, a diet high in fruits and vegetables appears to reduce the risk of death by nearly a quarter in kidney patients, according to the study published online this month in the American Journal of Kidney Diseases.

It should be noted, however, that the study was only able to show an association between diet and the risk of death in people with kidney disease. It wasn't designed to prove that dietary factors directly caused a higher or lower risk of death.

This is the first study to identify a regionally specific diet pattern that seems to be damaging to people suffering kidney disease, Gutierrez said.

"It's well known that the Southern region has poor health outcomes in a number of different areas including stroke, heart disease and sepsis, and that the style of diet plays a role," he said.

Gutierrez and his team approached their research with the aim of looking at dietary patterns, rather than specific foods or nutrients.

"We looked to see whether certain patterns of eating correlated with increased risk of death among kidney patients," he said. "We wanted to put the spotlight on what people are actually eating, rather than salt intake or fat intake."

The researchers identified nearly 4,000 people with chronic kidney disease who had not started dialysis, and analyzed the way those folks regularly ate.

The researchers found that those who primarily ate processed and fried foods, organ meats and sweetened beverages -- all items popular in Southern diets -- had slightly more than a 50 percent increase in their risk of death during the approximately 6-year follow-up period.

The Southern diet is rich in nutrients that aren't recommended for kidney patients, Gutierrez said. For example, processed foods tend to contain lots of salt and phosphorus, which kidney patients have a hard time filtering from their bloodstream and can lead to high blood pressure and heart disease.

The same goes for the sugar loaded into sweet tea and soft drinks, which increases risk of diabetes, and the heavy doses of fats contained in fried foods.

These harmful substances may be why the southern region got its less-than-flattering nickname -- the "Stroke Belt," said Thomas Manley, director of scientific activities for the National Kidney Foundation.

Because kidney patients who ate a plant-based diet appeared to have an improved survival rate, it stands to reason that changing your diet might help even if you already have kidney disease, Gutierrez said.

"Even though these individuals had kidney disease already, they seemed to have better outcomes over time compared to their peers," he said. "It would make a difference, in terms of changing dietary patterns and making healthier choices in what you're eating."

But the study also showed that while a healthy diet comprised primarily of whole foods, fruits and vegetables can improve survival, it did not protect patients against progression to kidney failure and dialysis.

"This doesn't mean that eating a healthy diet doesn't help. But it suggests that a healthy lifestyle overall -- not smoking, exercising and eating right -- the combination of these things is more important for kidney health," Gutierrez said.

These findings could improve the advice doctors give kidney patients about food, Manley said.

"Sometimes when we try to counsel our patients on diet, we tend to get too refined," he said. "We tell them to reduce sodium and phosphorus in your diet, and I don't think that means a whole lot to many people. It might be better to just talk about the fact that there are certain patterns of eating that are harmful."