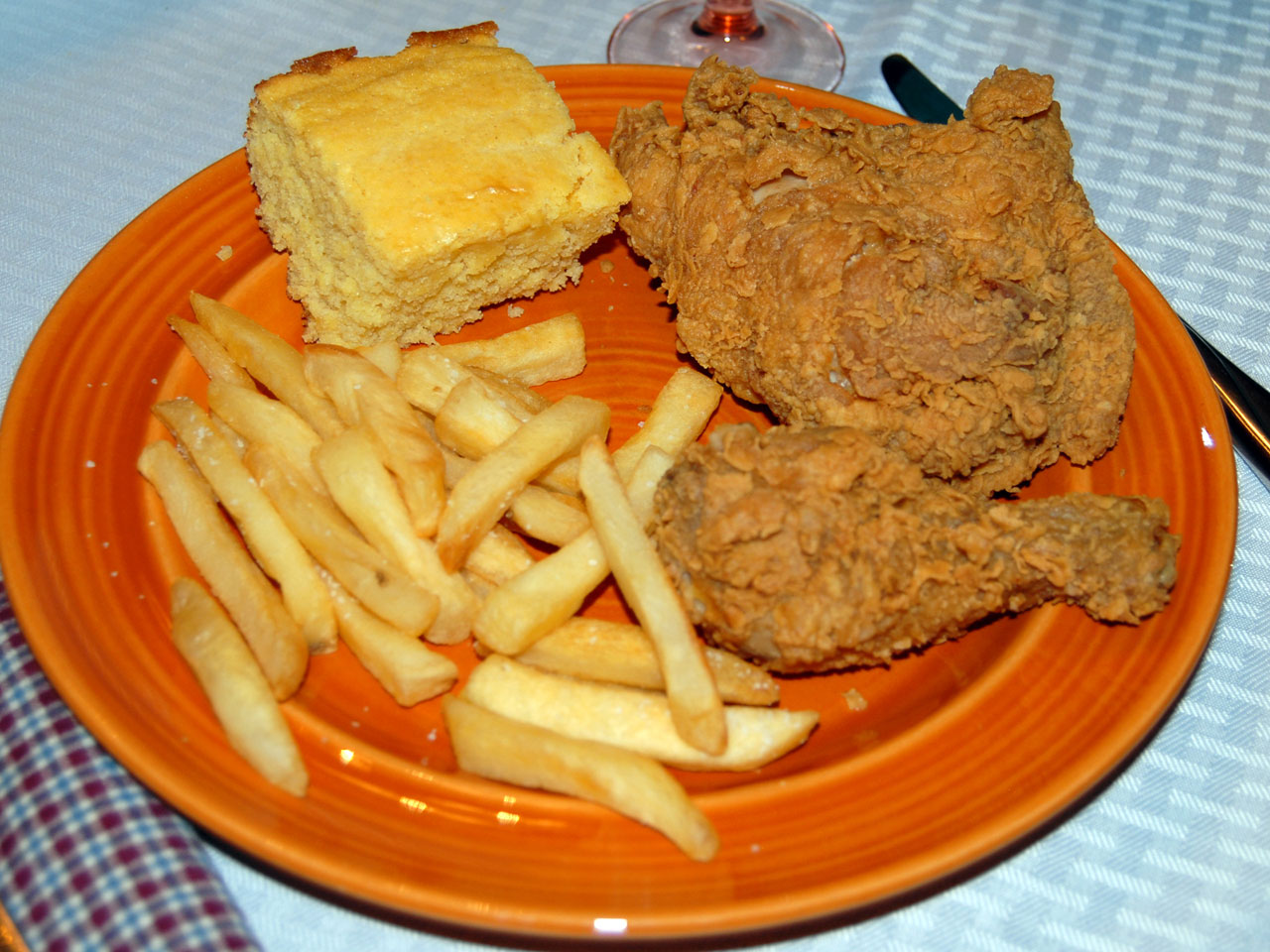 Eating lots of fried foods and Southern-style cuisine may significantly raise a person's risk for having a stroke, according to a new study.

Southern-style foods consist of fried foods like fish and chicken and potatoes, bacon, organ meats including liver and gizzards, lots of salt and sugary drinks like sweet tea. Previous research shows Southerners are about 20 percent more likely to have a stroke than the rest of Americans. The so-called "Stroke Belt" of the U.S. consists of Alabama, Arkansas, Georgia, Indiana, Kentucky, Louisiana, Mississippi, North Carolina, South Carolina, Tennessee, and Virginia, according to the National Heart, Lung, and Blood Institute. Ten of these states are in the Southeast.

In what researchers are calling the first large-scale study on the relationship between stroke risk and Southern foods, epidemiologists compared the dietary habits of more than 20,000 black and white adults. Beginning in 2003, questionnaires were given to participants from 48 states who were minimum age of 45. Each person was also given an in-person physical exam and were followed-up with every six months to see if they had a stroke.

Researchers found a direct relationship between the amount of Southern foods participants ate and stroke risk.

For example, a person who ate Southern foods about six times a week were 41 percent more likely to have a stroke compared with people who ate the cuisine once a month.

"We've got three major factors working together in the Southern-style diet to raise risks of cardiovascular disease: fatty foods are high in cholesterol, sugary drinks are linked to diabetes and salty foods lead to high blood pressure," study author Dr. Suzanne Judd, a nutritional epidemiologist at the University of Alabama Birmingham's biostatistics department, said in a statement.

On the flip side, participants who ate fruits, vegetables, legumes and whole grains about five times per week were about 29 percent less likely to have a stroke compared to those who ate them infrequently, less than three times per week.

Eating Southern foods was also tied to a 63 percent higher stroke risk among black participants compared to their white counterparts. That's a red flag, according to Judd, because the research found black participants were five times more likely to eat Southern foods than white participants. On top of that, black people's risk for a first time stroke doubles that of whites, according to American Stroke Association statistics.

While two-thirds of participants who reported eating Southern foods lived in the Southeast, Judd emphasized that stroke risk remains high if a person eats this diet, regardless of where they live.

The study was presented Feb. 7 at the International Stroke Conference in Honolulu.

More than 750,000 Americans suffer a stroke each year, about 610,000 of whom have one for the first time. Symptoms include sudden numbness or weakness in the face and limbs, confusion, trouble seeing, dizziness and loss of coordination and sudden, severe headaches. Other risk factors include smoking, alcohol use, physical inactivity, heredity and medical conditions like diabetes, obesity, and high blood pressure and cholesterol.