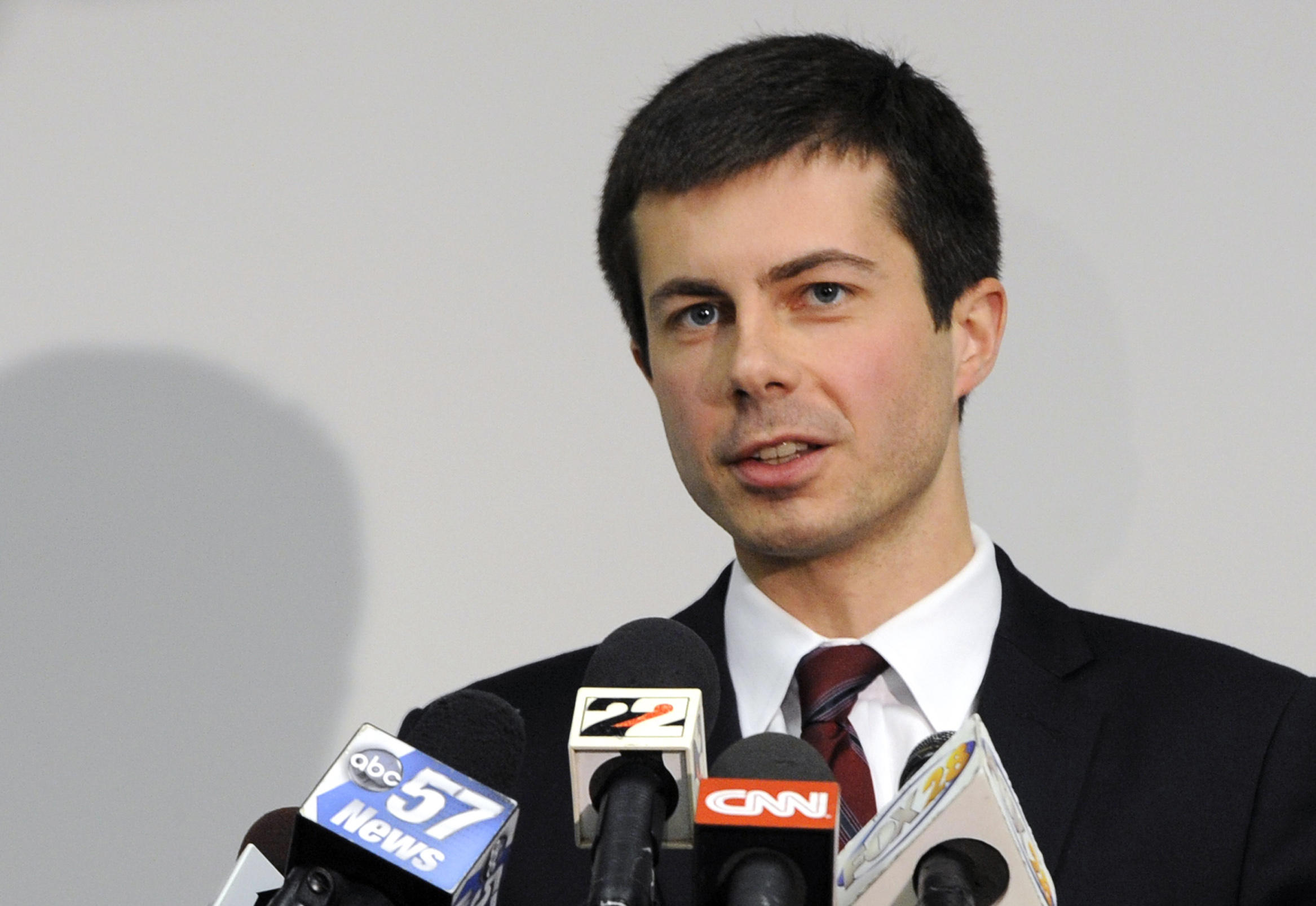 Amid the landscape of red Midwestern states and an aging pool of Democratic politicians, Pete Buttigieg sticks out. The 34-year-old Democratic mayor of South Bend, Indiana, is trying out his appeal to national Democrats, tossing his name into the race for DNC chair last week.

It was not something he says he had thought about before the 2016 presidential election. “The idea of running for this office had literally never crossed my mind,” Buttigieg admitted. The Hoosier also concedes the often-polarizing position of DNC chair may have limited political advantage in Indiana.

With gubernatorial and senate races on the horizon in Indiana, the only plans Buttigieg says he’s made for 2020 and 2022 are to root for Democrats lining the ballot. He actively avoids speculating on his own prospects in a state he says is not “cosmically destined to be red.”

“I’m not sure I’m doing myself any favors politically back home,” he laughed. “But I decided whatever the political consequences, there’s a chance to do some good.”

If selected to lead the Democratic Party, Buttigieg plans to step down as mayor of South Bend.

Democrats convene to elect a new chairman next month, and the youngest contender in a crowded race has caught the attention of many of his party’s leaders, notwithstanding its retiring commander-in-chief. In a post-election interview with the New Yorker, President Obama identified Buttigieg as a fresh face in the party, along with newly elected California Sen. Kamala Harris, Colorado Sen. Michael Bennet, as well as 2016 Democratic vice presidential nominee, Virginia Sen. Tim Kaine.

Buttigieg currently serves as chief executive of the city of South Bend, and won his second mayoral bid in 2015 with 80 percent of the vote. The demographically diverse city of just over 100,000 residents sits adjacent to the University of Notre Dame in St. Joseph’s County. By a margin of less than 250 votes, it’s one of four counties that voted for Hillary Clinton in the Hoosier state, home to Vice President-elect and former Indiana Governor Mike Pence. “South Bend is a Democratic city, but it’s not an 80 percent Democratic city,” Buttigieg remarked, citing his ability to work across the aisle during re-election.

The politician known as “Mayor Pete” by his constituents is leaning on his résumé in the DNC race, though he’s decades younger than some of the competition. “I know it sounds odd,” he told CBS News. “But in many ways, I want to run on my experience.”
In his first term as mayor, the Navy Reserve lieutenant deployed to Afghanistan for seven months, taking an unpaid leave of absence. Buttigieg noted, “I could be ordered back to war by a reckless president,” in his video announcement to run for chairman.

In a party that cherishes firsts, the Indiana native would be the first openly gay chairman of a national party. Just three months before coming out to constituents in a newspaper editorial, Buttigieg gathered local professionals downtown to speak out against then-Gov. Mike Pence’s Religious Freedom Restoration Act. “What this bill has done is send exactly the wrong message about what kind of state we are,” the Mayor told CBS affiliate WSBT at the time, amid criticisms that the legislation allowed businesses to refuse service to gay couples. Yet while Buttigieg is quick to share his credentials, he steers clear of selling himself as a standard bearer in an age of what he calls “identity politics.”

“It doesn’t really matter how famous you are,” Buttigieg states without waver. “Never mind the show. Never mind the characters. Never mind the noise. I want to know what’s happening around the kitchen table.” Buttigieg thinks those conversations were largely absent from party politics in 2016. “We were talking about the politicians themselves. And that’s where we run the risk of losing touch.”

Yet Buttigieg now faces several Democratic household names in the race for chairman, Rep. Keith Ellison of Minnesota and Labor Secretary Thomas E. Perez, a finalist for Hillary Clinton’s running mate. Support for the leading contenders could rekindle lingering tensions from the Democratic primary race with DNC members divided between familiar lines. After calling around to different state chairs, Buttigieg concluded there is “a real appetite for another voice” and warns against rehashing past party fractures. “At the end of the day,” Buttigieg said, “the solutions from our party are not going to come from Washington.”

His vision for a Democratic Party turnaround is largely built on his turnaround record in South Bend. The former manufacturing hub for Studebaker automobiles was hit hard with job losses after the factory closure in 1963--long before Buttigieg was born. Its downfall echoed Donald Trump’s campaign narrative to revive rust belt manufacturing in and vocal criticism of American auto industry factories overseas. In 2010, Newsweek put South Bend on its list of dying American cities.

Under Buttigieg’s leadership, though, South Bend has been making a comeback. In 2013, the mayor spearheaded a project converting old Studebaker acreage into a high-tech data center. The same year, Buttigieg announced his mission to demolish or repurpose 1,000 of the city’s vacant and abandoned homes in 1,000 days. The task was completed two months before deadline.

Buttigieg told CBS News he is still waiting on specifics from President-elect Donald Trump on ways to preserve the silicon prairie. “I think that wise decision-making and foresight can preserve our tradition of being a great manufacturing region even as we continue to create and grow jobs in new industries.”

Indiana is also home to Democratic Senator Joe Donnelly who has known Mayor Buttigieg for years, calling him both a good friend and a great leader in a statement to CBS News. “Pete knows how critical good-paying jobs and economic opportunity are to middle-class families,” Donnelly writes, “and I think he’d bring that focus and understanding to the DNC.”

Despite a fast approaching election set for late February, Buttigieg vows he would not be running if he did not think he could win. “There’s plenty enough to keep me busy with my day job,” he jokes.

“If I keep my head down and do a good job, the future will take care of itself,” Buttigieg says. “If I don’t do a good job, nothing else matters.” For now, doing a good job means making back-to-back phone calls with the 447 voting members of the DNC and spending hours catching up to competitors by hearing out concerns from across the country. “I think this is about as late as anyone could get in,” he adds, “But I didn’t want to announce before I was ready.”

Ready or not, here he comes.