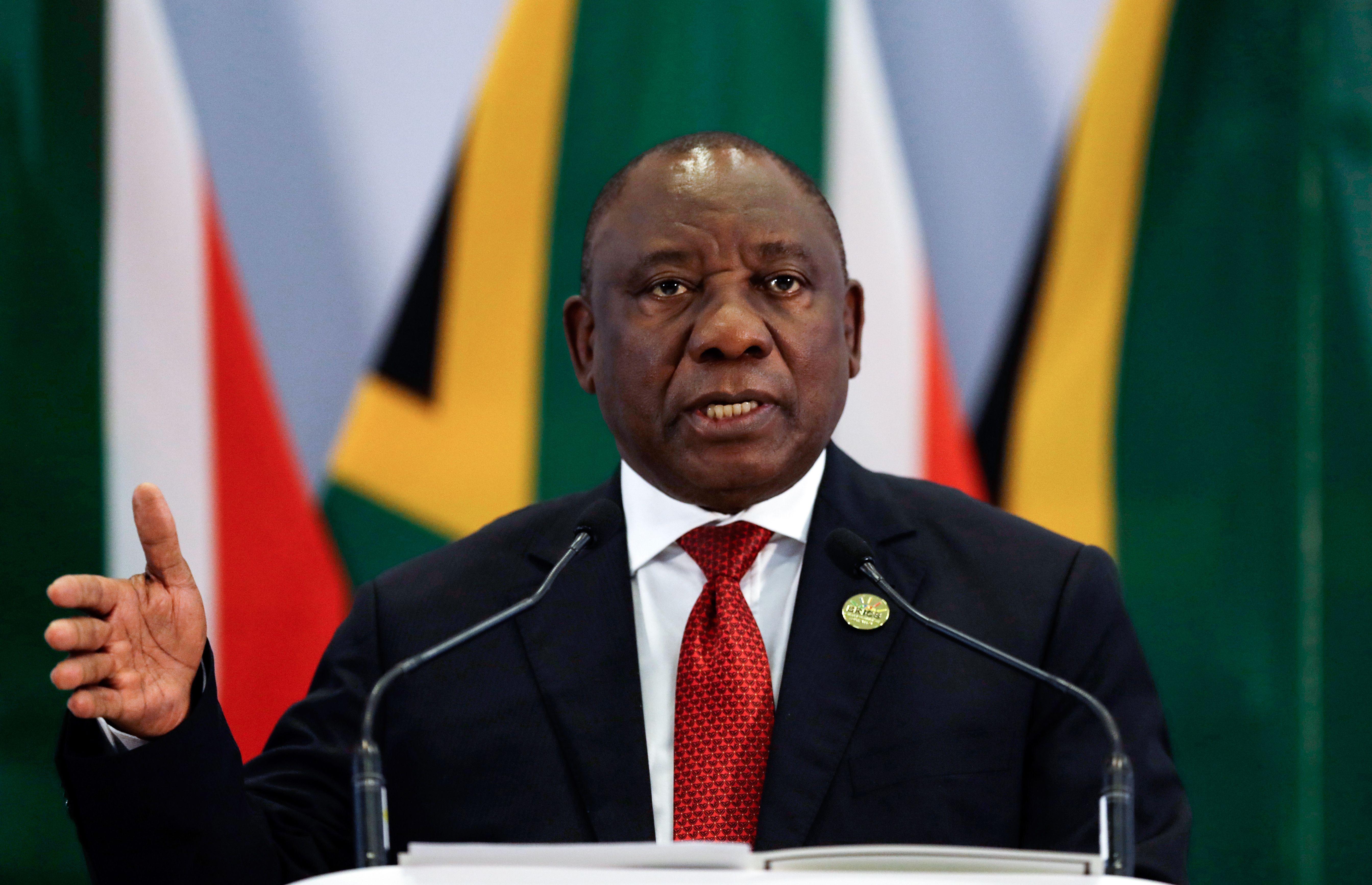 Trump's tweet apparently followed a segment on Fox News which claimed that South African President Cyril Ramaphosa had started "seizing land from his own citizens without compensation because they are the wrong skin color." South Africa's foreign ministry said the tweet was "based on false information."

As elections due in 2019 approach, Ramaphosa has intervened to accelerate land reform in order to "undo a grave historical injustice" against the black majority during colonialism and the apartheid era that ended in 1994. 24 years later, the white community that makes up eight percent of the population "possess 72 percent of farms" compared to "only four percent" in the hands of black people who make up four-fifths of the population, according to Ramaphosa.

To remedy the imbalance, the president recently announced that the constitution would be altered to allow for land to be seized and redistributed without compensation to the current owners.

Australian Immigration Minister Peter Dutton sparked a diplomatic row with Pretoria in March after he said that Canberra should give "special attention" to white South African farmers seeking asylum because they faced a "horrific" situation.

What is really happening with land seizures and farmers in South Africa?

U.S. President Donald Trump tweeted early Thursday that the state department would investigate "land and farm seizures... and the large scale killing of farmers" in South Africa. His statement was apparently in response to a Fox News report by Tucker Carlson, which claimed that the South African government had begun seizing land from white citizens based on the color of their skin. That report is blatantly untrue, CBS News correspondent Debora Patta reports.

The Fox News story makes the false claim that South Africa's President Cyril Ramaphosa has changed the constitution in order to confiscate land from farmers based on race.

Here is what is actually happening:

Earlier this month, Ramaphosa announced that the policy of his party, Nelson Mandela's African National Congress (ANC), was to look at changing the constitution in order to allow for land expropriation without compensation and would proceed with plans carry out that change.

No land has been seized yet, and in order to change the constitution, Ramaphosa would need a two-thirds majority in parliament, which the ANC does not have. They could potentially join forces with another party to get the votes they need, but even if they managed that, there would most likely be a number of legal challenges, and the issue would be tied up in constitutional court for some time, Patta reports.

Land reform is one of South Africa's biggest unresolved issues, and Ramaphosa is under pressure from the left in his party to deal with it. He has not, however, provided any details of what expropriation without compensation would actually mean in practice, and the South African business community is treating his statements as party politics rather than a serious change in policy. The ANC is concerned it could lose substantial support in next year's general election following a decade of corrupt rule under former President Jacob Zuma.

South Africa has high rates of violent crime, Patta reports, but there has been a well-funded campaign by white right-wing South Africans to promote the idea that white farmers are being deliberately killed at higher rates than people of other skin colors, and that this constitutes a "white genocide." There is no such thing in South Africa, she says.

Farmers are easy targets for violent crime because they live on remote properties with little protection. A high murder rate has nothing to do with land seizures or anti-white sentiment. It is a crime issue, Patta reports.

The proposed seizure of land is a concern to many in South Africa, especially given the fact that the country's economy is in recession, and the issue will most likely become an even bigger one closer to next year's election.