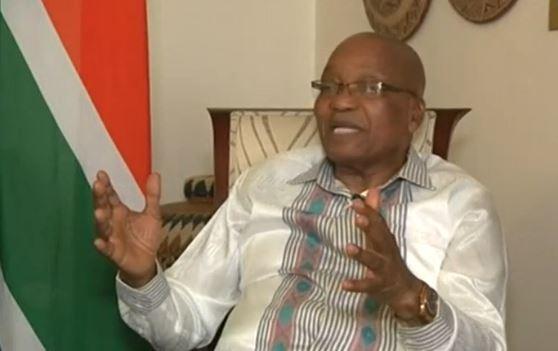 JOHANNESBURG -- South Africa's ruling party moved to replace the defiant President Jacob Zuma as early as Thursday while police raided his business associates at the center of corruption scandals that have infuriated the country. Zuma, breaking his silence, told the state broadcaster that his treatment was "unfair."

African National Congress leaders said they want parliament to vote on a motion of no confidence against Zuma on Thursday and replace him right away with Deputy President Cyril Ramaphosa if the president refuses Wednesday to step aside.

As the nation awaited word on whether he would obey the ruling party's order to leave office, Zuma appeared in a live interview with the South African Broadcasting Corporation and insisted that party leaders had not told him why he needed to resign.

"I need to be furnished on what I've done," Zuma said. "What is this hurry?" He said he wasn't refusing to step aside but preferred "after June."

The president's tenure has been marred by corruption scandals and the party wants him to end his second five-year term early so that it can shore up support ahead of 2019 elections.

The ANC will act if Zuma does not respond by the end of Wednesday, said Paul Mashatile, the party's treasurer general.

"We can no longer keep South Africa waiting," Mashatile said.

Ramaphosa, who was elected as the ANC's new leader in December, has said the government will do more to fight the corruption that has hurt the reputation of the ANC, which has led South Africa since the end of white minority rule in 1994.

An opposition-sponsored motion of no confidence in Zuma had been scheduled for Feb. 22, but opposition parties wanted the date to be moved to this week.

Despite the fact that Zuma remained president after that vote, CBS News correspondent Debora Patta said the 177-198 vote sent a strong message that there was a deep crisis within the ruling ANC, and signalled clearly that Zuma's position within the party was severely weakened.

In the 24 years of its democracy, there have been both surprises and disappointments in South African politics. There have now been eight attempts to oust Zuma from office, including three unsuccessful opposition party-led votes of no confidence even before August 2017.

Also Wednesday, an elite police unit raided the compound of the Gupta business family, which is suspected of using its connections to Zuma to influence Cabinet appointments and win state contracts and has been a flashpoint for national anger over corruption in state enterprises. Both the Guptas and Zuma say they've done nothing wrong.