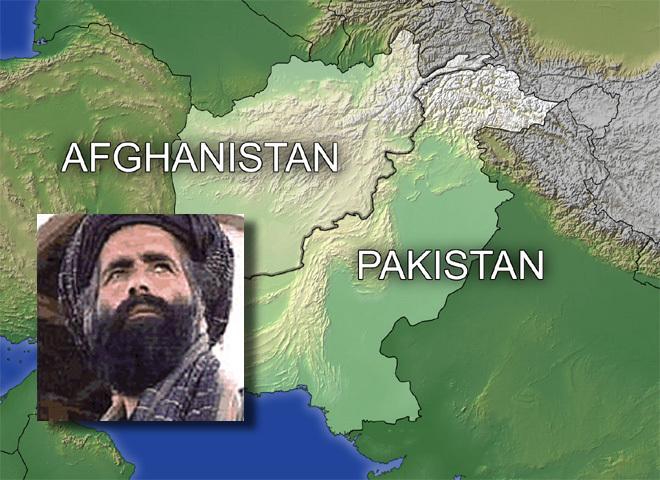 A spokesman for the Afghan president said Wednesday that the government had confirmed news that has circulated widely as a rumor in the region for at least two years: that Mullah Mohammed Omar, the one-eyed figurehead of the Taliban, is dead.

"The government of the Islamic Republic of Afghanistan, based on credible information, confirms that Mullah Mohammad Omar, leader of the Taliban died in April 2013 in Pakistan," a statement from the spokesperson for President Mohammad Ashraf Ghani said. "The government of Afghanistan believes that grounds for the Afghan peace talks are more paved now than before, and thus calls on all armed opposition groups to seize the opportunity and join the peace process."

On Wednesday, a spokesman for Afghanistan's largest intelligence agency also said Omar had died more than two years ago.

The source with direct links to Omar told CBS News' Sami Yousafzai that only a handful of senior members of the Taliban's ruling "Quetta Shura" knew about Omar's demise, but the rumor has been widespread even among members of the Islamic extremist group and has cropped up repeatedly in local media reports.

A second Afghan government official told Mukhtar earlier Wednesday that the Pakistani government had recently confirmed Omar's demise to officials in Kabul, but it was not clear from that source when or how Omar was believed to have died.

What Taliban advances could mean for the future of Afghanistan
More

Later Wednesday, the White House described the reports of Omar's death as credible as U.S. intelligence continues to look into the matter.

A Taliban spokesperson speaking Wednesday to Britain's Sky News said, according to the information he had, "Mullah Omar is still alive and leading the movement."

The Shura, in an apparent effort to maintain cohesion among the group's rank and file amid increasingly violent challenges from the ISIS faction in Afghanistan, has continued to release written statements on behalf of the late Omar since 2012, but the last audio message attributed to the cleric was posted online in 2004.

Omar was the spiritual leader of the Taliban and the figure head of the movement which ruled Afghanistan from 1996 until it was toppled by the U.S.-led invasion of the country following the terror attacks on Washington and New York City in 2001.

The group was targeted for providing a safe haven to Osama bin Laden's al Qaeda, which plotted and carried out the September 11 attacks.

Unlike al Qaeda and ISIS, the White House does not classify the Afghan Taliban as a terrorist group, but rather an "armed insurgency."

Nonetheless, about 10,000 U.S. troops remain in Afghanistan -- down from about 130,000 at the peak of the more-than-decade-long war -- in a training and advisory capacity to help bolster the nation's domestic security forces to fight the group.

The confirmation of Omar's death comes amid ramped-up efforts by new Afghan President Ghani to engage the Taliban in political peace talks.

Haji Din Muhammad, who leads the Afghan government's delegation to the nascent peace talks with the Taliban, told CBS News' Ahmad Mukhtar that his team was to travel on Thursday to the Pakistani capital of Islamabad to resume the second round of talks. He said a possible ceasefire would be discussed in this round of talks -- a concept that didn't make the agenda in the first round in early July.

There are many who believe the Afghan Taliban still has direct links to Pakistani intelligence and security agencies, and Islamabad is playing a crucial role in fostering the dialogue between Kabul and the extremist group.

Pakistani officials deny any ongoing direct support for the Afghan Taliban, or other armed insurgent groups.

Omar was an ethnic Pashtun, like the vast majority of his Taliban followers, from the Hotak tribe, and was generally believed to have been born in the late 1950s near Kandahar. He was part of the U.S.-backed "mujahedeen" movement that ousted the Soviets from Afghanistan in the 1980s, and it was during that fighting that he lost his eye.

However, without confirmation from the militant group, its leadership remained unclear Wednesday.

Another name often mentioned as a possible successor to Omar is his eldest son, Mullah Muhammad Yaqoob.