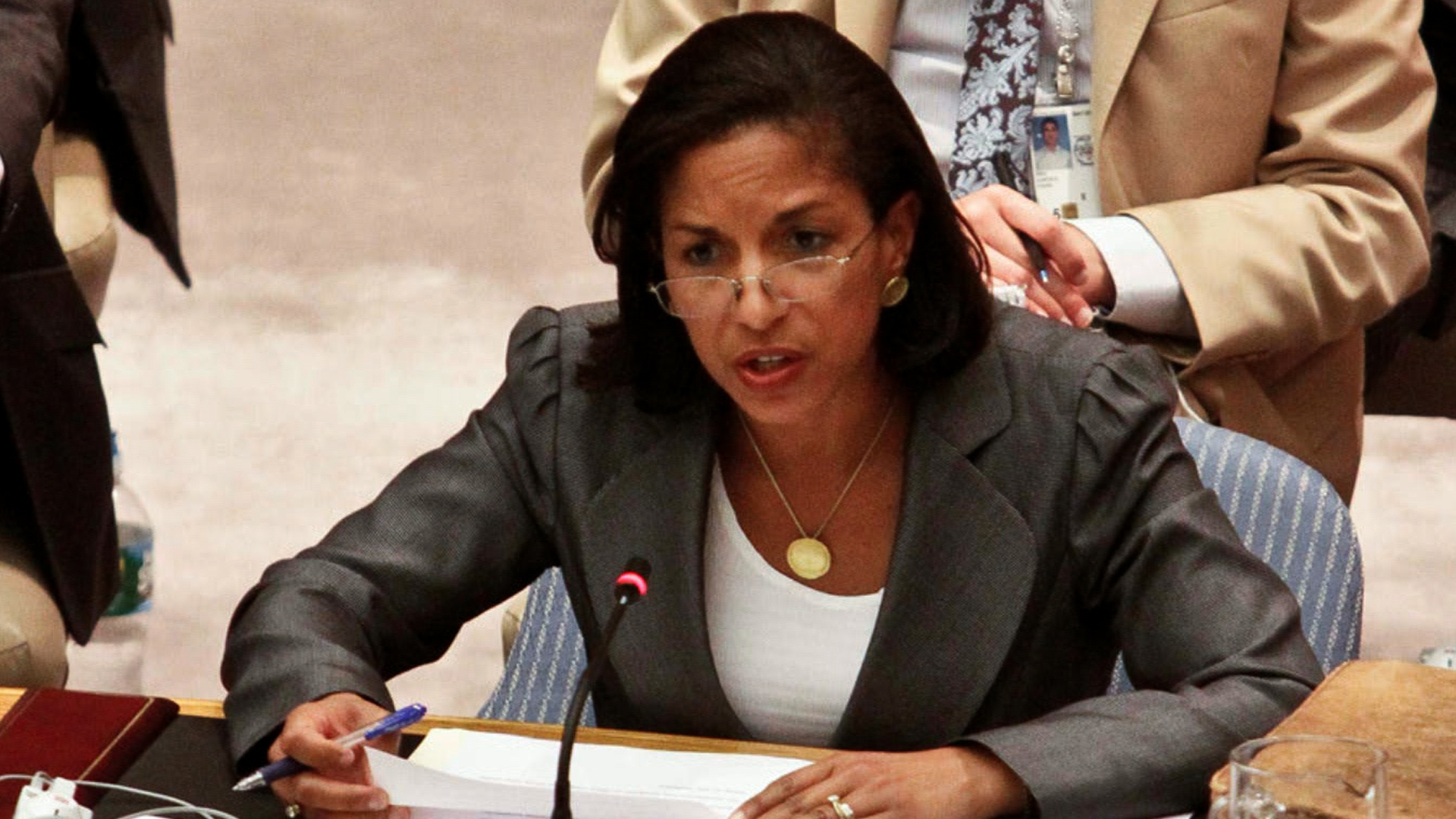 (CBS News) WASHINGTON - CBS News has learned that the Office of the Director of National Intelligence (DNI) cut specific references to "al Qaeda" and "terrorism" from the unclassified talking points given to Ambassador Susan Rice on the Benghazi consulate attack - with the agreement of the CIA and FBI. The White House or State Department did not make those changes.

There has been considerable discussion about who made the changes to the talking points that Rice stuck to in her television appearances on Sept. 16 (video), five days after the attack that killed American Ambassador to Libya Chris Stevens, and three other U.S. nationals.

Republicans have accused her of making misleading statements by referring to the assault as a "spontaneous" demonstration by extremists. Some have suggested she used the terminology she did for political reasons.

However, an intelligence source tells CBS News correspondent Margaret Brennan the links to al Qaeda were deemed too "tenuous" to make public, because there was not strong confidence in the person providing the intelligence. CIA Director David Petraeus, however, told Congress he agreed to release the information -- the reference to al Qaeda -- in an early draft of the talking points, which were also distributed to select lawmakers.

"The intelligence community assessed from the very beginning that what happened in Benghazi was a terrorist attack." DNI spokesman Shawn Turner tells CBS News. That information was shared at a classified level -- which Rice, as a member of President Obama's cabinet, would have been privy to.

An intelligence source says the talking points were passed from the CIA to the DNI, where the substantive edits were made, and then to FBI, which made more edits as part of "standard procedure."

The head of the DNI is James Clapper, an Obama appointee. He ultimately did review the points, before they were given to Ambassador Rice and members of the House intelligence committee on Sept. 14. They were compiled the day before.

Brennan says her source wouldn't confirm who in the agency suggested the final edits which were signed off on by all intelligence agencies.

Another source, a senior U.S. official familiar with the drafting of the talking points, tells CBS News the "controversy this word choice has caused came as a surprise."

"The points were not, as has been insinuated by some, edited to minimize the role of extremists, diminish terrorist affiliations, or play down that this was an attack," the official tells CBS News, adding that there were "legitimate intelligence and legal issues to consider, as is almost always the case when explaining classified assessments publicly."

"Most people understand that saying 'extremists' were involved in a direct assault on the mission isn't shying away from the idea of terrorist involvement," added the official. "Because of the various elements involved in the attack, the term extremist was meant to capture the range of participants."

A spokeswoman for House Intelligence Committee chairman Mike Rogers suggested today that the DNI's explanation is different that what the committee was told behind closed doors last week.

"The statement released Monday evening by the DNI's spokesman regarding how the Intelligence Community's talking points were changed gives a new explanation that differs significantly from information provided in testimony to the Committee last week," House Intelligence Committee spokeswoman Susan Phalen told CBS News. "Chairman Rogers looks forward to discussing this new explanation with Director Clapper as soon as possible to understand how the DNI reached this conclusion and why leaders of the Intelligence Community testified late last week that they were unaware of who changed the talking points."

Several militant groups have been eyed as likely culprits, including the Islamic extremist militia Ansar al Sharia, which was based in Eastern Libya and enjoyed huge power in Benghazi before the attack. Gen. Carter Ham, chief of the U.S. Africa Command, said recently that there were "linkages" between al Qaeda and some of the people who attacked the consulate and the CIA annex about a mile away.

CBS News senior correspondent John Miller, himself a former Deputy Director of the DNI's analysis division, explained on "CBS This Morning" in the weeks after the Benghazi attack why it has been so difficult for American intelligence agents to clearly identify and label the suspects in the assault. (Click player at left for Miller's full analysis

"We want a wiring diagram," Miller said. "We want an organized picture: 'It was al Qaeda who ordered it, it was Ansar al Sharia who carried it out, it was this group that assisted. The problem is, the lines have blurred between those groups and their members. Ansar al Sharias are popping up in places like Benghazi, but also in Yemen, also in Tunisia, in all these countries -- and they're not al Qaeda, but they are reading from the al Qaeda narrative and they are being influenced by people who are formerly influential extremists in al Qaeda."

"The actual truth is, the picture isn't that clear, but we can piece it together, and that's not satisfying to people who are used to saying, 'You can attach this attack to that group,'" said Miller.