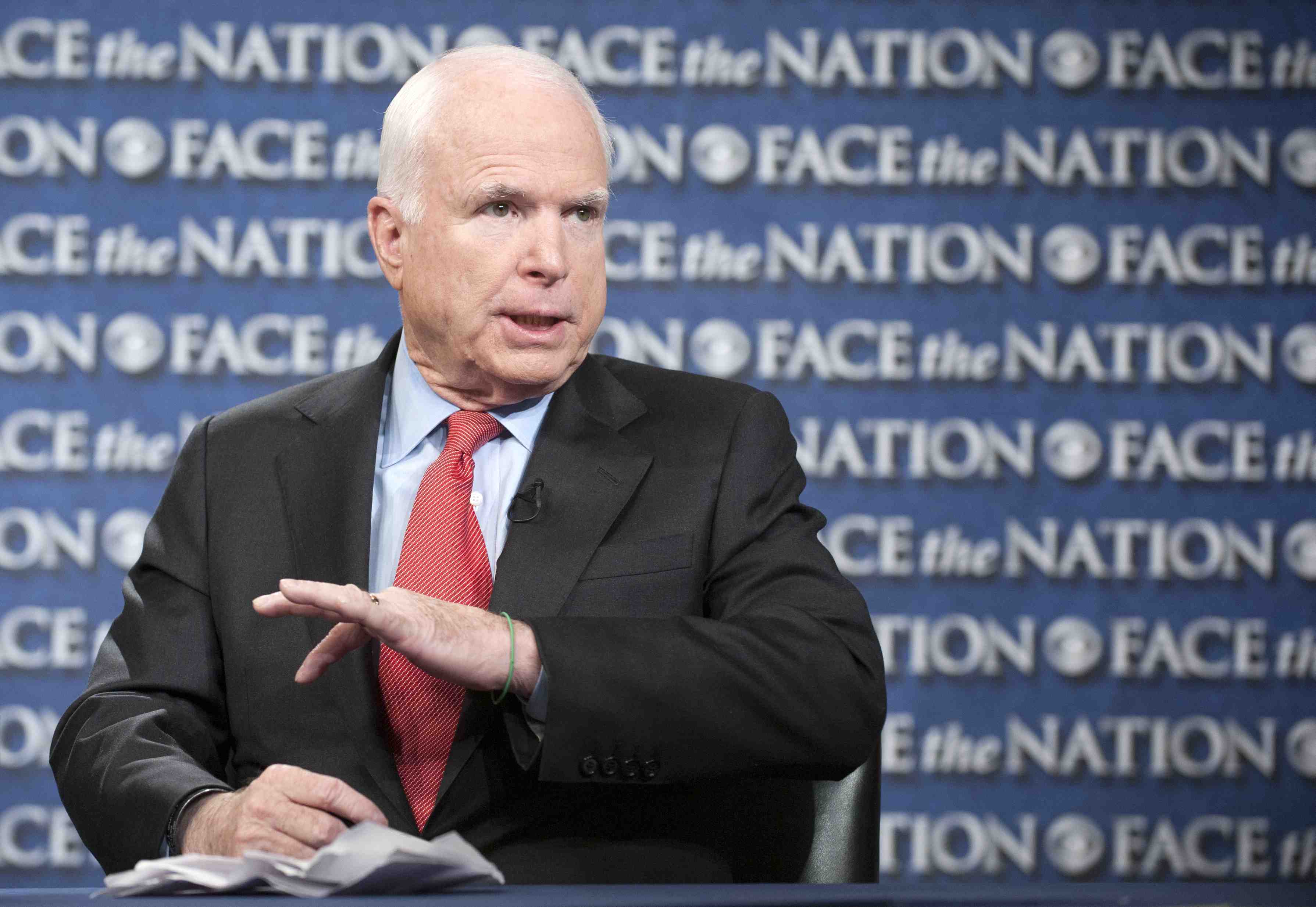 Amid ongoing criticism from Republicans over comments U.N. ambassador Susan Rice made about recent violence in Benghazi, Libya, Sen. Dianne Feinstein, D-Calif., called for an investigation into a set of talking points the CIA gave out to Rice and others following the attacks, which she said would help clear up discrepancies between what intelligence leaders knew about the attack and what U.S. officials were being instructed to divulge publicly.

Feinstein, speaking Sunday on NBC's "Meet the Press," defended Rice against the accusations that she had deliberately misled the American people - as Sen. Lindsey Graham, R-S.C., has previously suggested -- and decried what she called the "politicization of a public statement that was put out by the entire intelligence committee."

"She was within the context of that statement," said Feinstein, of the talking points to which Rice was referring. "And for this, she has been pilloried for two months. I don't understand it. It has to stop."

Shortly following the September 11 attacks in Benghazi, in which four Americans were killed, Rice appeared on CBS News' "Face the Nation" and other political talk shows suggesting there was no evidence that the violence reflected an act of terrorism. Instead, she said, it appeared to be prompted by an inflammatory anti-Muslim video that had led to protests in Egypt.

Since then, Rice's characterization has been proven inaccurate, and Republicans like Graham and Sen. John McCain, R-Ariz., have vowed to block her nomination to replace Hillary Clinton as Secretary of State, a position for which she is thought to be a top contender.

Democrats and Republicans alike, however, have noted that there were discrepancies between the talking points being distributed by the CIA to Obama administration officials and the way intelligence officials were speaking about the matter, and Sen. Dick Durbin, D-Ill., argues that Rice is being unfairly targeted.

"What she reported on your show and others was what she was told by the intelligence agencies. As more information came in, that rendition of facts was abridged and changed. But it wasn't her fault," he said. "And to say that she has to be held accountable because an intelligence agency didn't tell the whole story initially for reasons of national security is totally unfair."

In a September 14 briefing to the House intelligence committee, for instance, former CIA Director David Petraeus "very clearly said that it was a terrorist attack and outlined who he thought might be involved in it," according to Feinstein. But at some point between Petraeus' briefing and Rice's appearance on the Sunday morning talk shows, that narrative changed.

"The intelligence community had it right, and they had it right early," said Rep. Mike Rogers, R-Mich., appearing alongside Feinstein on Sunday's "Meet the Press." "What happened was it worked its way up through the system of the so-called talking points, which everyone refers to, and then it went up to what's called a deputy's committee... It went to the so-called deputy's committee, that's populated by appointees from the administration. That's where the narrative changed. And so how that thing got back to [Ambassador] Rice, I think, is probably another question."

He added: "I know the narrative was wrong and the intelligence was right. Now, getting between there and there, I think you have to be careful about making those accusations. I think you should have to prove it-- as an old FBI agent, you should prove it first."

Feinstein vowed to find out where the discrepancies came from, and why the narrative seemed to have changed.

"That is something that we're going to find out," she said.

But she disputed the allegation that the White House tweaked the language of the talking points to make it seem more palatable to the public.

"With the allegation that the White House changed those talking points, that is false," she said. "There is only one thing that was changed [by the administration], and I've checked into this. I believe it to be absolute fact. And that was the word consulate was changed to mission. That's the only change that anyone in the White House made, and I have checked this out."

Sen. Kelly Ayotte, R-N.H., argued this morning in a Fox News appearance that even more "troubling" than Rice's statements regarding Benghazi were those of the president: "If you recall, the president went not only on Letterman, Univision, the day after the CBS interview and then 14 days later before the United Nations, he did not call it a terrorist attack, nor did he reference it as connected to al Qaeda or an al Qaeda-affiliated group. In fact, the only reference he made to al Qaeda in that UN speech to the world was that al Qaeda had been weakened and Osama bin Laden was dead."

"I think this raises additional questions," she said. "It goes beyond Ambassador Rice. First of all, why were the talking points changed? It doesn't make any sense to me that we were trying to dupe al Qaeda. That doesn't pass the laugh test. But also, why was the President out 14 days later and still fail to go call it a terrorist attack to the world?"

In a press conference last week, Mr. Obama challenged Republicans to take on him - not Rice - with questions over the Benghazi timeline.

"Let me say specifically about Susan Rice: She has done exemplary work. She has represented the U.S. and our interests in the U.N. with skill and professionalism and toughness and grace," he said. "If Senator McCain and Senator Graham and others want to go after somebody, they should go after me. And I'm happy to have that discussion with them. But for them to go after the U.N. ambassador? Who had nothing to do with Benghazi? And was simply making a presentation based on intelligence that she had received? To besmirch her reputation is outrageous."

Graham and McCain, at least, appear to be taking his cue: Also on "Meet the Press" Sunday, Graham shifted the blame to Mr. Obama, calling Rice a "bit player" responsible largely for "passing on a narrative that was misleading to the American people."

"I blame the president more than anybody else," he said. Asked if Susan Rice could be confirmed Secretary of State, Graham backed off on his previous promise to block that nomination, instead presenting himself as "deferential to the president's picks."

McCain, on CBS' "Face the Nation," wondered that Rice has not "repudiated" her previous remarks and said "she has a lot of explaining to do."

But he did not close the door on the idea of confirming Rice.

"I think we give all nominees the benefit of a hearing process, et cetera," he said. "Maybe she could start out by publicly coming back on this show and saying, I was wrong, I gave the wrong information on your show some several weeks ago. That might be a beginning."