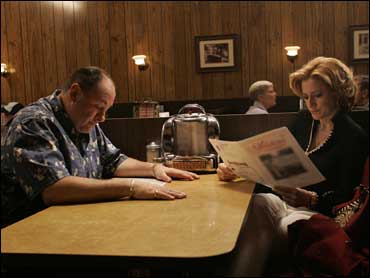 So, what did Tony Soprano make of the black-out ending?

James Gandolfini tells the New York Daily News he has "no idea" what the show's cut-to-blank screen ending was supposed to mean. He says that's a question for "Sopranos" creator David Chase.

But Gandolfini adds that "it was a great ending. You decide."

The final episode of the mob drama ended as Tony and his family ate in a diner with several suspicious-looking characters lurking about.

Steven Van Zandt, who played Silvio on the series, also praised the open-ended conclusion. He says a conventional ending would have been "a fraud" because "life doesn't have tidy little endings."
View CBS News In
CBS News App Open
Chrome Safari Continue
Be the first to know
Get browser notifications for breaking news, live events, and exclusive reporting.