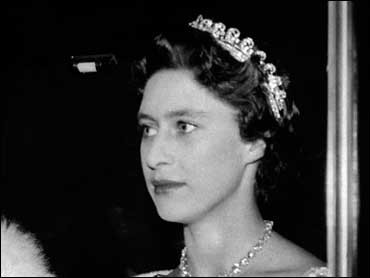 The anonymous purchaser of a $1.26 million portrait of Princess Margaret has revealed himself — as the late princess' son.

Linley and his sister organized the high-profile auction of their mother's possessions in order to pay a $5.6 million inheritance tax on the estate.

The 1957 Pietro Annigoni portrait, hyped as one of the bigger-ticket items in the frenzied two-day bidding war, opened at Christie's at $370,000.

The 800 lots of artwork, jewelry and furniture, fetched $25.5 million over two days — more than four times the amount predicted.

Linley intends for the painting to be publicly displayed, MacMillan said, and discussions on the venue are under way.