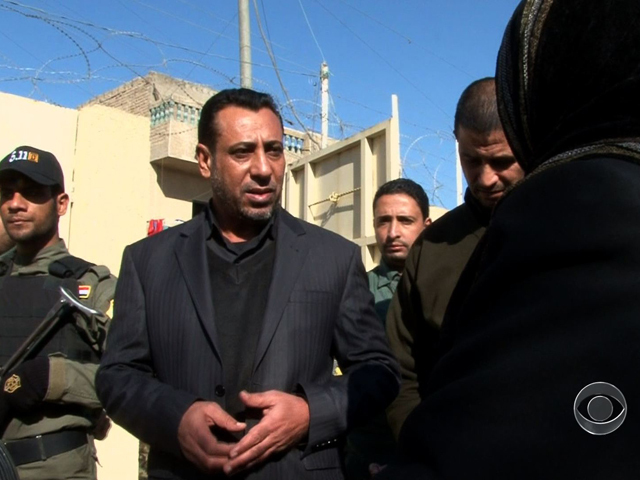 America's war in Iraq is winding down. And CBS News correspondent Elizabeth Palmer in Baghdad discovered some of America's sworn enemies are now in positions of power there.

Meet Hakim al-Zamili, member of Parliament for the Shi'a stronghold of Sadr City. This morning he's touring local schools and getting an earful from teachers about their lousy pay.

But just four years ago, al-Zamili was a wanted man. At the time, he was Iraq's deputy health minister. The U.S. authorities believed he was using that position to funnel money to the Mahdi Army and to order assassinations.

The Mahdi Army was the feared Shi'a militia that murdered hundreds -- probably thousands -- of Sunnis and Christians in a vicious religious war. Its fighters also attacked U.S. forces.

It was run by the radical Shi'a cleric Muqtada al-Sadr who vowed that he was an enemy of America to the last drop of his blood. Al-Zamili was his right-hand man.

In February 2007, U.S. and Iraqi security forces arrested al-Zamili at his office and he spent 13 months in jail..

CBS News went to Sadr City to catch up with him -- a neighborhood so religious that women have to cover up completely.

"They accused me of kidnapping, murder and arms trafficking," al-Zamili told Palmer.

And suddenly in the new democratic Iraq, Hakim al-Zamili was looking for a job. He found it by winning the Sadr City parliamentary seat in a landslide last year.

After those elections, the Mahdi Army demobilized.

"Who is responsible for the violence these days?" Palmer asked al-Zamili.

"Not us. The Mahdi Army fought the Americans, but even that's stopped now."

But where has the Mahdi Army put its guns? Al-Zamili has no straight answer -- just a politician's smile. But let's just say that if the American blueprint for democracy in Iraq doesn't work, he's got a backup plan.