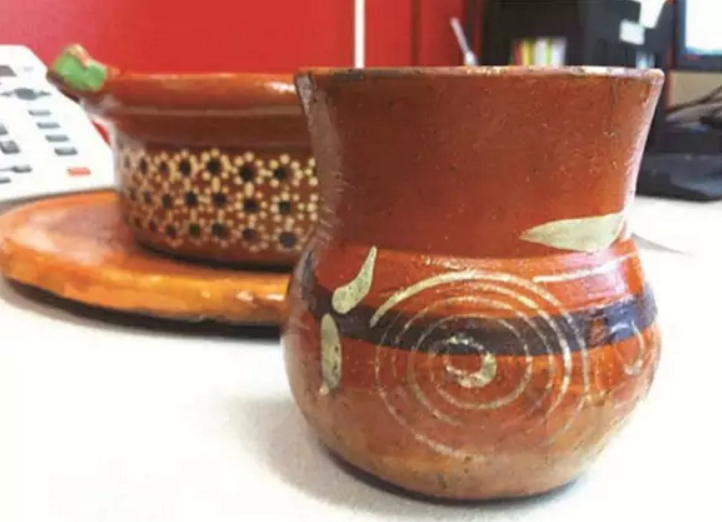 A charming ceramic reminder of a Mexican vacation could end up giving you lead poisoning, a new study warns.

Exposure to high concentrations of lead -- often found in glazes that line traditional Mexican ceramics, cookware and dishware -- can be toxic after extended periods of handling, Canadian researchers report.

The issue has long been on the radar of public health professionals, but was highlighted recently by the lead poisoning of a 55-year-old Canadian woman. She frequently used ceramic dishware picked up in Mexico.

“Every time she poured hot water into her mug, lead was seeping out of the glaze and into her tea,” explained study lead author Dr. Michael Fralick. He’s a general internist at the University of Toronto and a research fellow in pharmacoepidemiology at Harvard University.

According to the case report, the woman had been repeatedly hospitalized for unexplained but severe abdominal pain following prolonged use of ceramics purchased in Mexico.

Tests revealed that the glaze on both the inner and outer surfaces of the cookware -- which she used to cook, boil water and eat and drink from -- contained 17 percent lead.

As a result, her blood lead concentrations were nearly 36 times the upper limit of what is considered “normal,” Fralick’s team said.

The researchers described the case in the Oct. 17 issue of the Canadian Medical Association Journal.

However, after spotting the underlying cause for her abdominal pain, the patient and her son were told to stop using the Mexican wares. Over the course of the following three months, the poisoning symptoms cleared up.

Fralick stressed that occasional exposure to lead-laced ceramics would be unlikely to pose a problem.

“Lead is toxic even in small amounts,” he said, “but the most common way lead poisoning occurs is through long-term daily exposure to lead. If you were to eat a meal off a plate containing lead, it would be extremely unlikely to cause any problems -- unless you were continuing to eat off this plate daily for a very long time.”

Most lead-tainted cookware is imported by tourists, Fralick added, because “the [commercial] importation of cookware and glassware containing lead into North America is tightly regulated.”

On the other hand, “it is nearly impossible to tell if a dish has lead in it just by looking at it,” Fralick said, so “tourists may bring back lead-containing cookware or pottery unknowingly. This is particularly a problem for cookware from Mexico, China and other countries.”

His advice: “if you are going to travel to Mexico, don’t plan on buying cookware while you are there.”

Dr. Bruce Lanphear is a professor of health sciences at Simon Fraser University in Vancouver. He agreed that the issue isn’t confined to Mexico.

“China and other countries across Southeast Asia are often times a major source of lead contaminant, particularly in terms of paints,” Lanphear said. However, “Mexico does appear to have a particular problem for ceramics, because often the glaze used has very, very high concentrations of lead -- as much as 75 percent.”

Labeling may not be accurate, Lanphear added. “Even though some ceramics sold in Mexico will be marked ‘no lead,’ I would say that is not an official certification,” he said.

None of this means that you can’t buy Mexican ceramics just to display.

“If you want to purchase pottery in Mexico, that’s fine,” Lanphear said. “I have, and I have it displayed in my home today. I just wouldn’t use it for eating.”