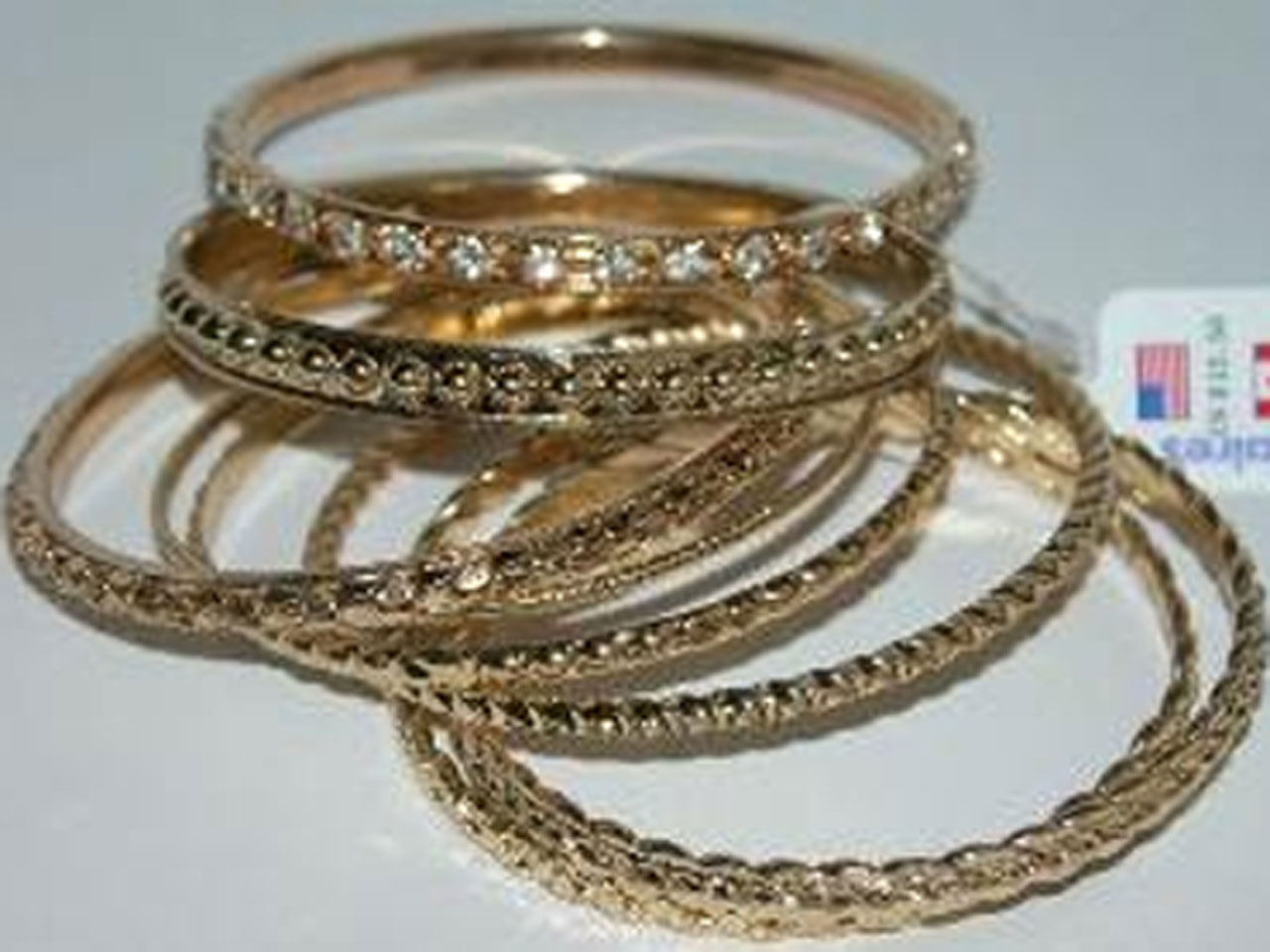 (CBS News) Although low-cost jewelry might be saving you a buck, it might come at the cost of you or your children's health.

The Ecology Center, a Michigan-based non-profit organization that advocates for a safe and healthy environment, discovered through recently conducted tests that despite strict regulations, many pieces of costume jewelry contain high levels of unsafe chemicals including lead, chromium and nickel.

"None of these things are things you want to have your child exposed to," Dr. Kenneth R. Spaeth,director of the occupational and environmental medicine center at North Shore University Hospital in Manhasset, N.Y., who was not involved in the study, told HealthPop. "All of these are harmful. Some of them are known to be carcinogens. Many of these are known to be neurotoxic, meaning they can affect brain development."

The researchers found that over half of the products had high levels of hazardous chemicals. Twenty-seven of the products had greater than 300 ppm lead, the Consumer Product Safety Commission (CPSC)'s lead limit in children's products. Chromium and nickel, which often cause allergic reactions, were found in over 90 percent of items. Cadmium, a toxic metal that has been the basis for several jewelry and toy recalls according to CBS News, was found in 10 percent of the samples.

"There is no excuse for jewelry, especially children's jewelry, to be made with some of the most well studied and dangerous substances on the planet," Jeff Gearhart, research director at the Ecology Center and founder of HealthyStuff.org, said in a written statement. "We urge manufacturers to start replacing these chemicals with non-toxic substances immediately."

"All jewelry sold in the children's department meets all federal product safety requirements," Target spokesperson Stacia Smith told HealthPop in an email. "The claims in the Healthystuff.org study refer to adult jewelry. In addition, Target require vendors to label all crystal jewelry, which may contain lead, as "not intended for children age 14 and under".

"All of the Walmart items tested in the survey meet the safety standards for costume jewelry," Walmart spokesperson Dianna Gee told HealthPop in an email. "We will continue to ensure all children's costume jewelry is tested to regulatory standards"

Requests for comments for Forever 21 and Claire's were not returned at press time.

While metals do not pose a risk by simply wearing the items, if they are consumed they can be deadly, according to Spaeth. Because they are cheaply made, they can easily chip, scratch or break. "When pieces are small enough to fit in (a child's) mouth, the likelihood of ingestion increases dramatically," he said.

More importantly, Spaeth said, the brominated flame retardants, which are usually sprayed on, can come off in someone's hands and be absorbed in the skin or inhaled. This chemical compound has been known to disrupt hormonal balances and may cause a number of other known health effects.

Scott Wolfson, director of communications U.S. Consumer Product Safety Commission (CPSC) , told HealthPop that the CPSC began responding to report within hours of its release. They plan to pick up samples of the jewelry themselves and learn more about it.

Wolfson said it was important to note that the majority of the pieces tested by the Ecology Center were adult items and not intended for children. Still, he recognized the fact that even girls in the 7 to 9-year-old range still put items in their mouth.

Since 2009, the CPSC has enforced strict standards to protect children from lead, and more legislation was put in place to prevent high levels of other dangerous chemicals including cadmium and chromium. In the previous decade, there were more than 50 jewelry recalls because of issues of lead. Since 2011, there's only been one item recalled.

But, Spaeth cautioned that the government might not have as much influence as people may think. Though great strides have been made in many states when it comes to children's products and banning harmful chemicals, a lot of the manufacturing comes from outside the U.S. and regulations are sometimes not adhered to. "Testing is very limited in this end of production because of limited resources, and other governments may have relatively limited resources as well," he said.

"In an ideal world, (these chemicals) would not be found in children's toys or products or even products that adults use," he added.