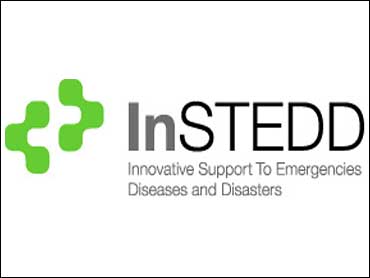 It won't grab headlines like the newest version of the iPhone operating system, but a Palo Alto, Calif., nonprofit today announced a suite of open-source applications that aids in communications and collaboration for humanitarian workers dealing with diseases and disasters.

InSTEDD (Innovative Support to Emergencies, Diseases and Disasters) has released three applications to empower aid workers to use inexpensive, off-the-shelf mobile phones to better detect and respond to disasters, diseases, and economic catastrophes.

One of the new programs, GeoChat, allows people with cell phones to post their location, communicate with each other, and see the location of others on a map using standard SMS text messaging. This service, according to InSTEDD CEO Eric Rasmussen, can take advantage of geolocation technology like GPS but most often involves people typing in their location followed by a message. GPS, said Rasmussen, "is valuable but relatively uncommon in places where we work."

Another program, called Mesh4X, integrates data from a variety of sources, including Excel spreadsheets and Google Maps, to create a "data mesh" that allows aid workers to synchronize data. It's ideal in situations where multiple agencies--each with different communications and data analysis tools--need to collaborate. You can enter or view data on a cell phone or a PC and if Internet access isn't available locally, you can plug a cell phone into a laptop to synchronize data.

The third product, InSTEDD Evolve, allows teams of experts to analyze streams of information to better detect and respond to emerging threats.

It's perhaps ironic that these applications were announced on the same day as Apple's unveiling of its iPhone OS 3.0 software. Although most of the features Apple showed off for the new operating system are designed for productivity or fun, Apple did feature a couple of potentially life-saving applications. One such app was LifeScan's product that will integrate the iPhone or iPod Touch with a blood glucose monitoring device, not only making it easier to take readings but to maintain a history and, if necessary, transmit that data to one's care provider. Apple also hinted that there may be iPhone-compatible blood pressure cuffs once the new operating system ships.

One big difference between the InSTEDD product and the highly useful new iPhone applications is that people won't have to shell out hundreds of dollars to use InSTEDD's products. Not only are they free and open-source, but they work on the lowest common denominator of phones. Still, both Apple and InSTEDD remind us that mobile technology can do a lot more than just help us communicate, be more productive, and have fun. It can also help save lives.
By Larry Magid