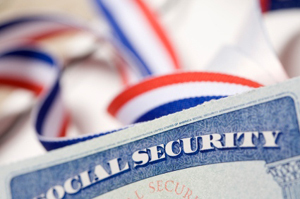 Mistake #1: Not paying attention to your earnings record

"The most common error I see is people thinking that their Social Security is based on their last 10 years, or their best 10 years, of earnings,"  Landis said. "Even many financial professionals believe this."

In fact, your Social Security income is based on a 35-year average of all your earnings. If you've worked for fewer than 35 years, then Social Security plugs in zeros for the missing years. This drags down your average earnings and, as a result, also reduces your benefits. So you'll want to check your earnings history to make sure you have at least 35 years of covered earnings. If you don't, you may want to work for a few more years so that your 35-year average is calculated with no zeros plugged in. You can now check your earnings history online.

If you have more than 35 years of covered earnings, then Social Security cherry-picks the 35 years that produce the highest average. Earnings from past years are indexed for inflation, which helps boost your average earnings.

Mistake #2: Not being aware of your rights as a divorced spouse

If you were married for 10 years or more, then you're entitled to receive Social Security benefits based on the earnings record of your ex-spouse. This doesn't affect the benefits that your ex-spouse receives, even if he or she remarries. And you can start benefits before your ex-spouse does.

But you must have been married for at least 10 years. I know of one heartbreaking case where the divorce took effect one day short of 10 years, and benefits were denied. If you're getting divorced and you're close to the 10-year threshold, make sure the divorce decree takes place after the 10-year mark.

Landis told me that he recently encountered this mistake twice in one week: "Some people think that if they remarry, they won't be entitled to a benefit based on an ex-spouse's earnings record," he said. "This is true if you're still married at the time you file for benefits, but if you remarry and then get divorced again, you can file for a benefit based on the earnings record of your first spouse."

Peterson explained that sometimes spouses don't understand the full consequences of filing early for their Social Security income. Spouses are entitled to a Social Security income that's the greater of the benefit based on their own earnings record, or a benefit based on 50 percent of their spouse's benefit (called the spousal benefit). But there are some tricky rules to watch out for.

If the spouse files for benefits before his or her Full Retirement Age (FRA, currently age 66), then Social Security automatically pays the greater of the two amounts described above. But if the spouse waits until the FRA to file for benefits, then he or she can just start the spousal benefit and let the benefit based on his or her earnings grow through delayed retirement credits. Spouses can then elect to start the benefit based on their earnings a few years later, if that would produce a higher income.

There are also a handful of proprietary online tools that are available for a modest charge, such as those at SocialSecuritySolutions.com, SocialSecurityTiming.com and SocialSecurityChoices.com. The cost is a reasonable investment considering the potential gain you might realize. These tools are particularly useful for determining the best claiming strategy for married couples, taking into account the rules described above in Mistake #3.

Spending a handful of hours to understand the consequences of your decisions can add many thousands of dollars to your lifetime Social Security payouts. It's well worth your time -- and your bottom line -- to spend a few afternoons or evenings doing your research and estimating your benefits online.