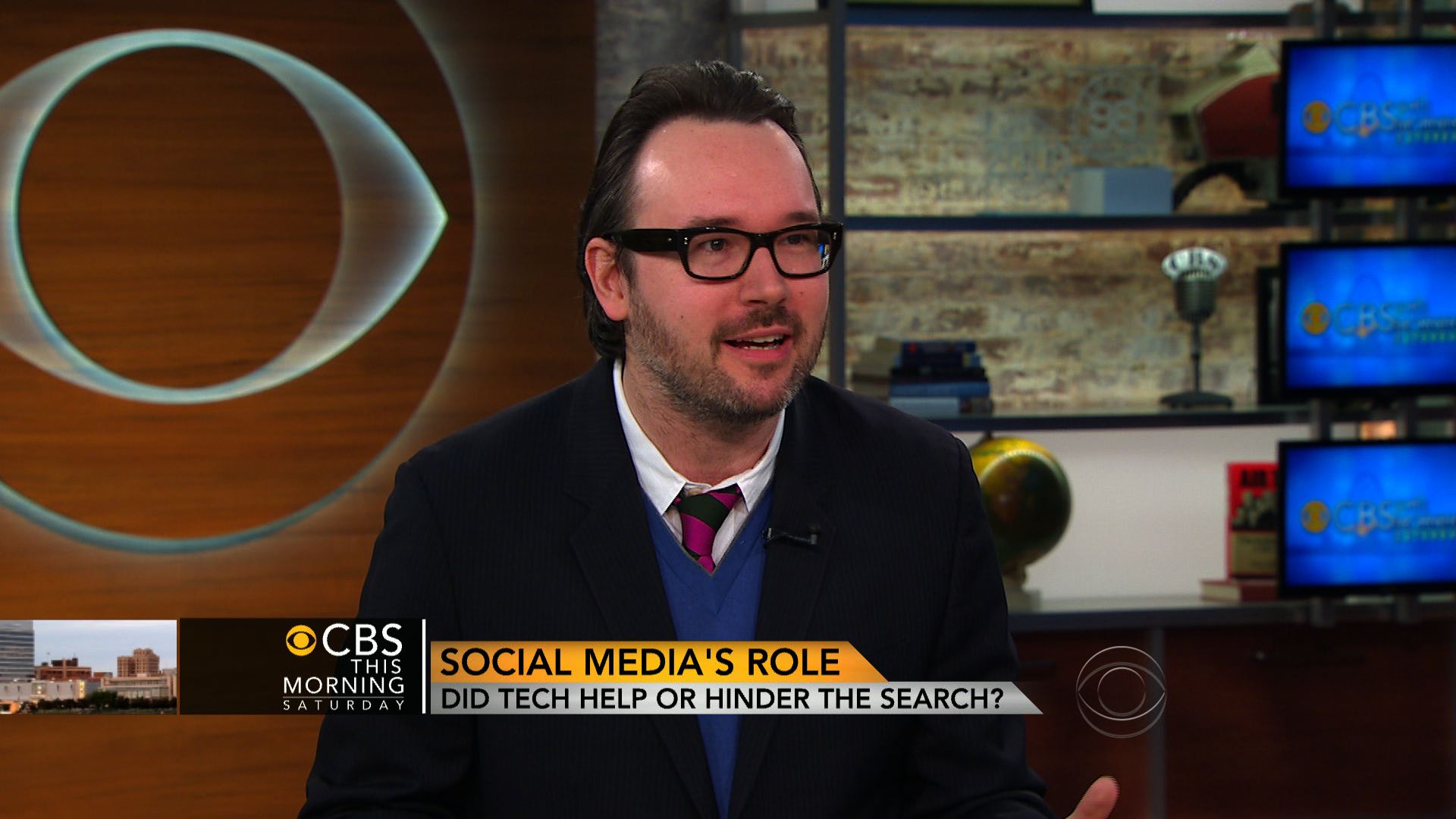 (CBS News) Social media has been a vital resource this week is locating the Boston Marathon suspects. However, with such a huge flow of information, there can be negative repercussions, and misinformation runs rampant.

The internet was so utilized during the investigation that the Boston Police Department relayed the initial information about Dzhokhar Tsarnaev's capture via Twitter, immediately confirming his arrest.

Dan Ackerman, CNET senior editor, told "CBS This Morning: Saturday" that he believes it was the right decision as it was the fastest way to get information out.

"When you have a developing news story you look to Twitter because you can get a lot of information from different sources at the same time," he explained. "You have a real-time feed of TV, local stations, and newspapers."

Meanwhile, since the bombing, citizens spent collective hours analyzing the footage on their own, with their own suspicions, and using sites that aggregate data like reddit.com to scrutinize details. While these citizen researchers were helping, it can also create a lot of problems and a larger danger for misinformation.

"There's a huge risk. We saw that earlier this week when we had some wrong people identified and people on the internet thought they were doing the right thing, but then you end up with somebody with their face on the New York Post and it's not the right guy and you're losing time and damaging people who are totally innocent," said Ackerman.

On the other hand, the internet didn't just impact how the investigation was communicated; it also served as a support for law enforcement agencies when searching to profile the subject. They were able to use the suspects' online histories and their social media accounts in order to dissect what they were looking at to get a better idea of who they were looking for.

Almost all new COVID cases in U.S. are among unvaccinated

"As soon as somebody's identified they need to look at what sources they use, aliases they use. You know, sometimes you go directly to the service providers themselves and they have some information there. Again, even if you've taken your account down and deleted it they pretty much retain all of that information for at least awhile"

For Dan Ackerman's full interview, watch the video in the player above.