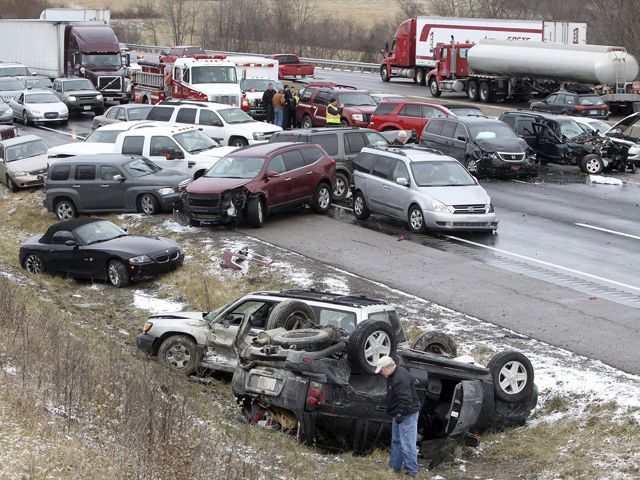 Kentucky's Kenton County police department said six of the injured were taken to hospitals, but none of the injuries was life-threatening. It said cars and other vehicles collided on southbound lanes just south of Cincinnati.

Police say 23 vehicles had to be towed before southbound lanes reopened. A news photo showed cars sprawled across several lanes and beside a shoulder with accumulated snow. Authorities say the cause is under investigation.

Authorities in western Pennsylvania are blaming a snow squall for a 21-car pileup that closed Interstate 80 for about eight hours.

Seventeen people were reported injured. State police say several of those injured were in serious condition.

And a burst of snow across central Indiana on Monday caused multicar-pileups that temporarily closed three major highways around Indianapolis.