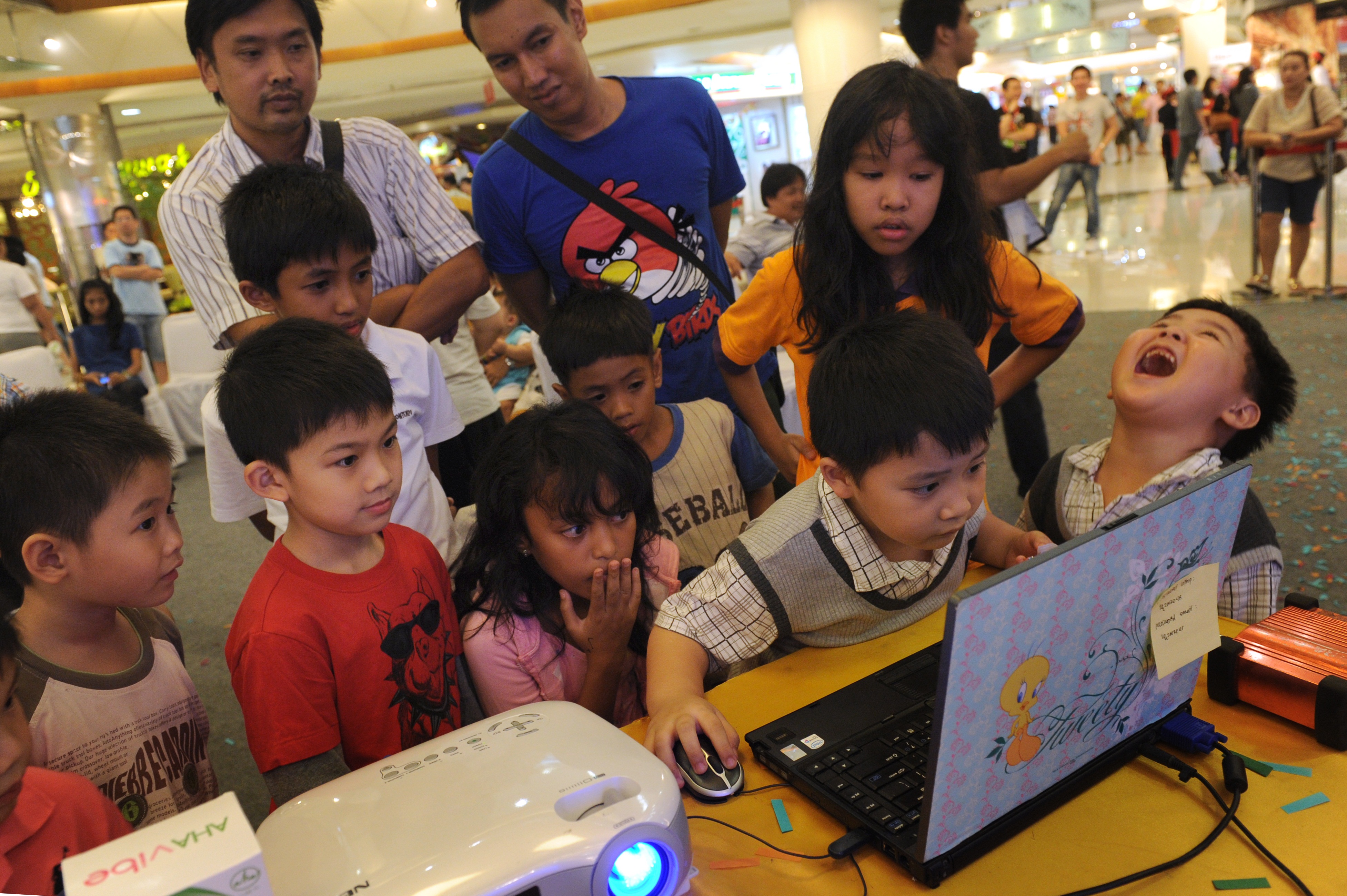 Tens of thousands of supposedly educational apps aimed at young children are little more than "digital candy" that offer few benefits for youngsters, according to a new study.

The research, published in the journal Psychological Science in the Public Interest, found that many of the 80,000 apps in the Apple app store may not be harmful but do "add even more distraction to children's deeply distracting lives."

"Many apps marketed as educational are basically the equivalent of sugary foods," co-author Kathy Hirsh-Pasek of Temple University said of their findings.

To help parents differentiate between the good and bad educational apps on the market, the researchers offered these tips:

- Avoid apps that feature a lot of distracting "bells and whistles." Instead, look for apps that support sustained engagement with the task at hand.

- Avoid apps that present children with knowledge in a vacuum. Instead, look for apps that help children make meaningful connections between new information and what they already know.

- Avoid apps that don't involve the most powerful learning resource we have -- other humans. Instead, look for apps that encourage social interaction via discussion, competition, or conversation.

- Avoid apps that tell your child what to know. Instead, look for apps that use guided exploration to help your child discover new information on their own terms.

"We want parents to know that claims about educational content are completely unregulated, any app developer can slap the 'educational' label on their product," Hirsh-Pasek said in a press release. "Using scientific research as a guide, we can help parents begin to evaluate the morass of stuff that exists in the app store."

The researchers said they are concerned there's no system to hold apps accountable for their educational claims, even as app usage is becoming increasingly common among young children and even babies. Many apps with letters and numbers serve no educational purpose, they said, and others include so-called enhancements, like hot spots, sounds, and games that grab children's attention in the middle of a story or activity.

"While these bells and whistles might be fun, research suggests that these kinds of distractions actually take away from, rather than enhance, learning," the authors wrote in a Q & A that accompanied the study. "Keeping children on task is crucial for supporting learning."

The researchers were careful not to say all the apps were bad, highlighting one in particular called Alien Assignment as one that's both fun and beneficial.

"This app asks children to help a family of aliens fix their crashed spaceship with items around the house," they wrote. "Children go on a scavenger hunt where they decipher clues to figure out what is needed active and then take those pictures to a parent or grown-up socially interactive. As children work through the storyline, they see why they have this mission meaningful and that keeps the children on-task and not distracted engaged."

The authors say children should have the chance to enjoy apps that have no educational value - in moderation.

"We aren't advocating that the only apps children be allowed to play with are those that are educational. Just like adults sometimes need a few minutes of reality TV or to read a magazine about celebrity gossip, children also should be allowed to have fun sometimes - even with an app that isn't educational," they wrote.

"What we did not want, however, is for parents to think that their children are learning from apps that actually hold little, to no, educational value and use this 'app time' to replace more meaningful experiences."