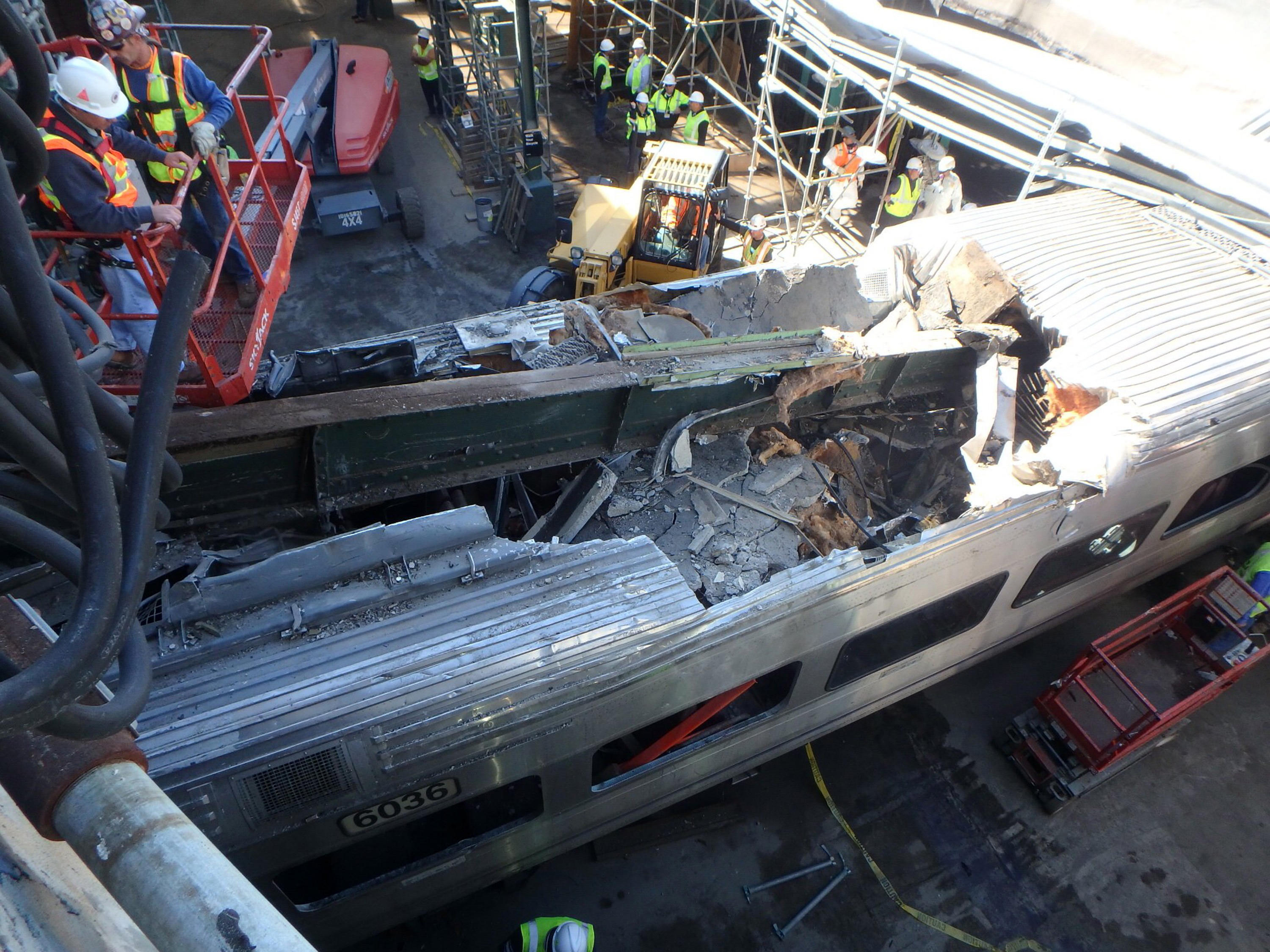 NEW YORK -- The engineers of two commuter trains that slammed into New York City-area stations in the last year were both suffering from severe sleep apnea and have no memory of the crashes, according to investigative reports and interview transcripts made public Thursday.

The National Transportation Safety Board said the common circumstances of the Sept. 29, 2016, New Jersey Transit crash in Hoboken, New Jersey, and the Jan. 4, 2017, Long Island Rail Road crash in Brooklyn warranted combining findings and recommendations in a single investigative report to be released early next year.

Neither engineer had been diagnosed with sleep apnea before the crashes, according to the documents. People with the disorder are repeatedly awakened and robbed of rest as their airway closes and their breathing stops, leading to dangerous daytime drowsiness.

NJ Transit engineer Thomas Gallagher told investigators he only remembered looking at his watch and the speedometer, blowing the horn and ringing the bell before his packed rush-hour train slammed into Hoboken Terminal at more than double the 10 mph speed limit.

A conductor standing on a platform told investigators he couldn't see the engineer through the cab window as the train rumbled into the station, indicating Gallagher may have slumped down or fallen.

Falling debris from the impact killed a woman standing on a platform. About 110 people aboard the train were hurt.

"The next thing I remember was a loud bang," Gallagher recalled, according to a transcript of his Oct. 1, 2016, interview. "I was getting hit with dust and dirt. I was thrown about the cab. I hit my head, the back of my head, I presume on the wall behind me. And then I had a period where I was going in and out of consciousness."

LIRR engineer Michael Bakalo told investigators he only remembered approaching Atlantic Terminal in Brooklyn and then getting thrown from his seat. He said he wasn't aware of the impending crash. More than 100 people were hurt when the train crashed into a bumping post at the end of the tracks.

The impact launched the lead car into the air and it came to rest on top of the concrete platform.

"At that point I didn't know what the hell was going on," Bakalo said. "I remember being thrown from the seat because I was into the dashboard area, and just, you know, screaming and smoke, and people were laying on the floor in front of me."

The documents released by the NTSB on the two crashes don't come to any conclusions on what caused them but offer a glimpse into what investigators have learned so far.

The NTSB has scheduled a hearing on the crashes for Feb. 6.

The LIRR train passed through two signals requiring speeds of less than 15 mph. The speed limit for Track 6, which has a curve, is 5 mph. The locomotive engineer told investigators that he passed the signals at a speed not exceeding 5 mph.

But another engineer, Stephen Outlaw, who was standing on the platform at the time of the crash, told investigators the train appeared to be going too fast.

"I'm watching the train, I'm just standing there, the first car went past me and I thought to myself that's pretty fast for Track 6," Outlaw said, according to a transcript of his interview with investigators.

"So I'm waiting to see, like, when the brakes come on," he said. "And then the third car went past me and I said, 'No, this is not going to work.'"

Moments later, there was a loud explosion and smoke.

LIRR has had 17 instances of trains striking terminal bumpers since 1996. There was another incident of an engineer falling asleep and four other incidents attributed to "unknown human factor" on an LIRR list supplied to the NTSB.

Sleep issues have been blamed in several recent rail crashes, including an undiagnosed case of sleep apnea in the engineer of a Metro-North commuter train that sped into a 30 mph curve at 82 mph and crashed in New York City in 2013, killing four people.

In August, federal regulators abandoned plans to require sleep apnea screening for train engineers and truck drivers, arguing it should be up to railroads and trucking companies to decide whether to test employees.