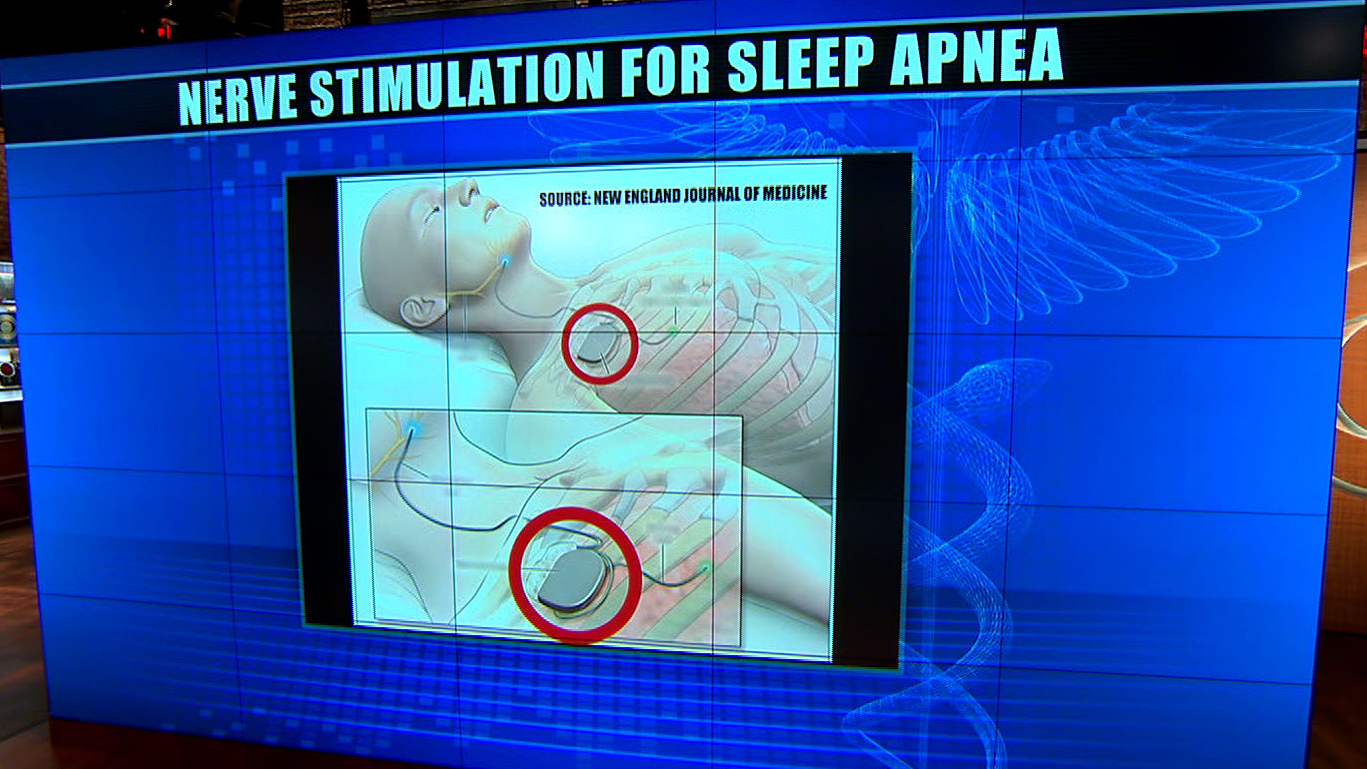 There is a new treatment for sleep apnea that could help millions of Americans get a good night's rest and avoid the dangerous long-term consequences of leaving the disorder untreated.

Some 18 million Americans suffer from the affliction. Those who have it experience drawing breath at night because the muscles in their neck relax during sleep, causing the airway to collapse. They snore, wake repeatedly, and never get a proper full night's sleep. This can lead to heart problems and other serious issues, even death.

"When you look at sleep disorders, and how we're not getting enough sleep -- this is the biggest public health issue facing society today," said Dr. Carol Ash, Director of Sleep Medicine at Meridian Health.

In Thursday's New England Journal of Medicine, researchers unveiled a new treatment that utilizes a sensor to stimulate nerves, allowing the body to breathe when otherwise it would not.

"I am so excited about this new device," Dr. Ash told the co-hosts of "CBS This Morning." She said the device, known as a "pulse generator" is surgically implanted, requiring a two hour procedure.

"It senses your effort to breathe. So it senses that you're trying to take a breath," she said. "It sends a pulse stimulation to the hypoglossal nerve -- the nerve in your neck that controls those muscles that keep the airway open, and stimulates them, so the airway doesn't collapse."

Current standard treatment for sleep apnea is a device called a CPAP. It is a machine that applies air pressure through a mask, which, if worn while sleeping, keeps the airway open. Many people find the masks bulky and uncomfortable, choosing instead to leave their apnea untreated.

"For people that cannot use (the CPAP), that cannot tolerate it, it will make all the difference," Ash said about the new device.

The new device is still in preliminary stages awaiting FDA approval, but Dr. Ash says she looks forward to the day when it is available to the general public.

"It's one of the things that I'm excited that's going to be another tool in the toolbox to really going to address this issue (of sleep apnea)."

Deepak Chopra: Use your mind to save your life